What are your #1 favorites in media outside of comics? For me, it’s…

Justice League is pretty much beaten. Braniac/Luther is about to shoot flash with a shotgun like the parallel Justice Lords world.

Braniac/Luther: “Looks like the question was right. I kill you then Armageddon, right on schedule”

Flash: “No” Takes out constructs holding him

Braniac/Luthor: “Are you going to fight me boy?”

Flash looks around turns and runs

B/L thinks he fleed then proceeds to build what he originally planned then he hears it a hypersonic sound in the distance breaking the sound barrier. He realizes its flash. He ran around the whole world and hits him before he can react

The music along with the animation when flash is running around the world accessing the full speed force hitting B/L and then defeating him is one of the most powerful moments I have ever seen in any DC media and made me a Flash fan.

I don’t mind and that is a wonderful moment but c,mon I’m sure you like a dc film at least whether live action or animated.

Oh and I change my favorite tv live action show to Swamp Thing(1990) or Lois & Clark: The New Adventures of Superman

For live action we have the same taste - Batman 1989 (Michael Keaton) god I hope they do a Batman Beyond movie with him.

For live action tv - arrow first two seasons but I am rewatching Lois and Clark on here. I was just a kid when I first saw Lois and Clark and my god it has some really good writing and seems a head of its time.

For Cartoon animated movies its a toss up between “Under The Red Hood” and “The Death of Superman.” On one hand I’m a big Jason Todd fan and this movie is everything I love about the character. On the other hand Peter J Tomasi did the impossible and took the garbage new 52 animated movie universe and knocked it out of the park with this movie. There are some stand out moments one of them Superman saving Luthor.

For games - the first Arkham Asylum game. Two of the best voice actors for Batman and Joker playing their characters masterpiece.

For animated tv series - Justice League Unlimited. It gave lesser known characters a time to shine like The Question (Him being a conspiracy nut and kind of being proven right is very entertaining), Vigilante (Don’t bad mouth Clint Eastwood), Huntress(doesn’t care about the Justice Leagues rules), and the Shining Knight (I love characters with strong moral codes)

These are my favorites outside of the comics. 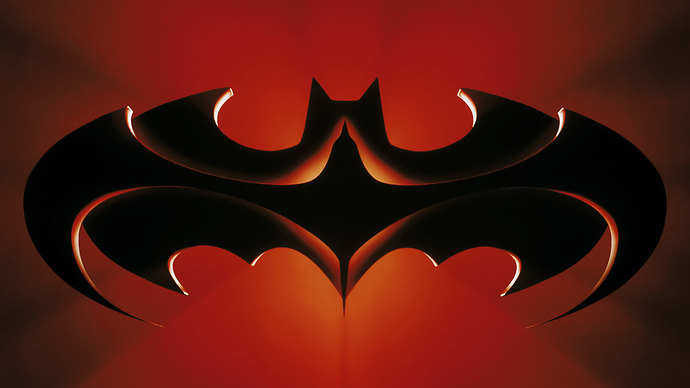 I like so many things it’s hard to settle on an answer but I’ll say these, for now anyway.

So glad I’m not the only with having Batman & Robin as a guilty pleasure!

I loved playing Batman and Batman Returns on NES. Were my main games

Batman was the best looking game on the NES. That was the pinnacle of 8-bit graphics. And the music was incredible.

I have so many fond memories of Batman NES and Batman Returns/ Batman Forever on SNES. I’d play all the time and remember doing my homework and looking over at the cartridges thinking about levels

Was it homework from a subject you’re utilizing in life now or have been in the years since then? If not, the video games won out (there’s a phrase that’d give a teacher the shivers

Always nice to see Final Frontier get some love