Hey there Flash Fans! Did you get a chance to catch up on 759 and 760? how about the TV special now available here in the archives!? What did you think about them?
For 759 and 760 I’ll say this, it is awesome to see all the Rogues! Its going to be quite the showdown in 761!!! I loved how Jay Garrick came to the rescue and is helping! (love the golden age Flash) How about the appearances of Max and Jessie Quick? Pretty cool right?

For the TV Special, I had not read it in years. I really thought the first story captured the feel of the TV show. Tina’s dialog was spot on! The second story I did not care for as much with that reinvented version of the Kid Flash. I was never able to really accept it. The main thing about the TV special though was the article written by the two DC guys who visited the set for a week during production. Tons of great details about the making of the 90’s show! I thoroughly enjoyed it!

Let me know what you think. I’ll be checking in off and on all weekend! I’m binge watching Krypton right now! Hope to hear from you soon!
your Pal,
Flashlites

Today’s issue was great! I actually forgot it was the second to last in the storyline. I wonder how it is all going to be wrapped up. There’s a lot to do.

Well, it comes out the same day as Speed Metal (two weeks from now) So I imagine that we’ll see the two play into each other slightly or at least reference each other…

All the Flashes were really cool. I don’t know most of them, but I was happy for the ones I did know.

I don’t think so. Barry remembers having already done that. We saw that way back in Rebirth the Flash #8 when he almost does the same deed to Godspeed… 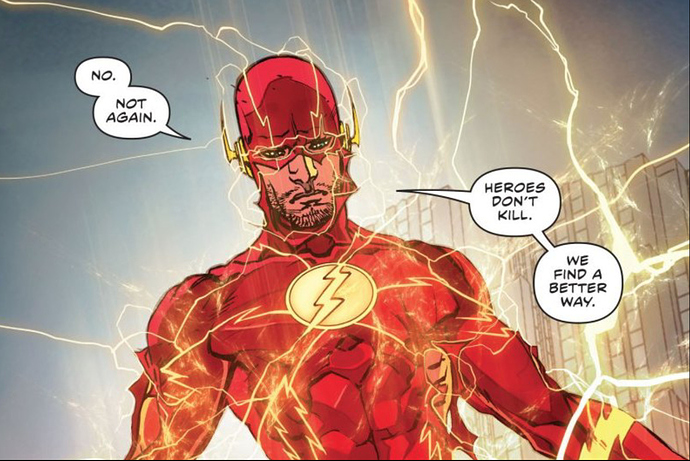 Chances are that despite his stated intention, Barry will most likely find a way to trap Reverse Flash. 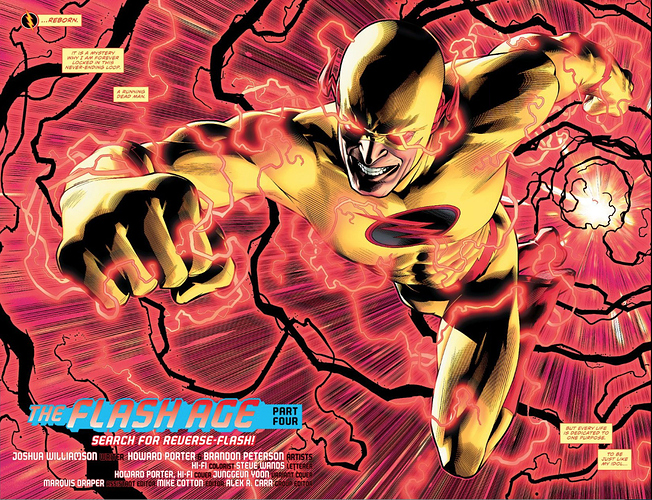 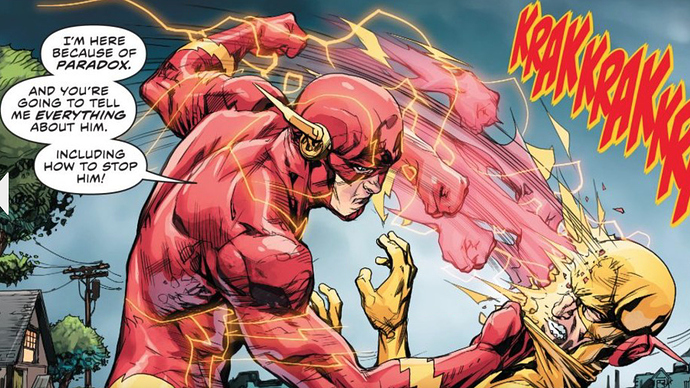 I still have to pick up my 761! Should I tell my comic shop to pull a Speed Metal for me too?

I haven’t been really crazy about this whole Metal/Dark Metal/Death Metal storyline ever since it first started, But I really have to say that Speed Metal is the one part of it I really am looking forward to. That’s a roundabout way of saying an emphatic YES!!!

Prime returned and I am a sucker for his crybaby killing ways.

He was also in the most recent issue of shazam

Also, metal is radical so far.

I added Speed Metal to my pull list for next week Flash Fans! I have not read Batman since the Button and the Wedding issues a while back there.

I am curious about the new writer. I did some research on him last month but now I’ve forgotten most of the details. I do remember that he seemed to have most of his writing credits outside of the comics field? If anybody else out there knows anything about him, please share. I still have to go and pick up my last 2 of the Williamson run so I will be caught up this weekend Flash Fans. 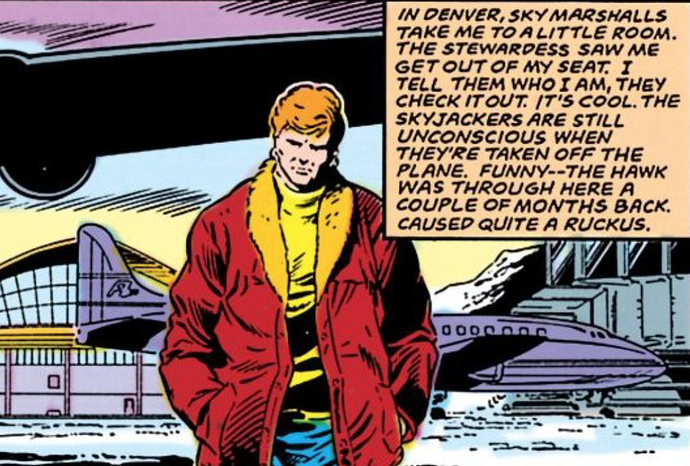 Good News!
John Wesley Shipp is going to be back as Jay Garrick in Season Seven of the Flash!
The episode was actually supposed to be part of season six but with Covid…well, you know the deal!
Jay and his wife Joan are now going to be on Earth Prime as if they always were following the Crisis.
(Much the same way as it was shown in the Comics)
The Interesting thing is, As multiverses doppelgängers of Barry’s parents Pre-Crisis, It will be interesting to see how the similarities are explained Post-Crisis…

Been away for far too long Flash Fans. Life got a bit too busy for me these last couple of months. I’m so mad I missed the 90’s Flash WAL a while back there! Did any of you get to see it? Still working on completing my Flash run 1959-1985. Just 5 issues left to get! I’m making a renewed promise to start checking again regularly 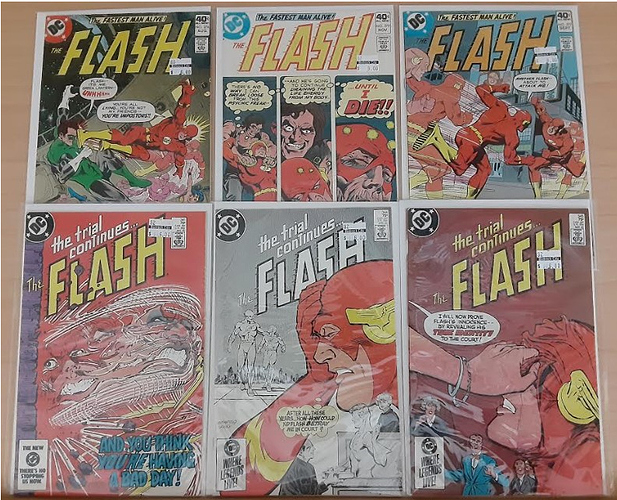 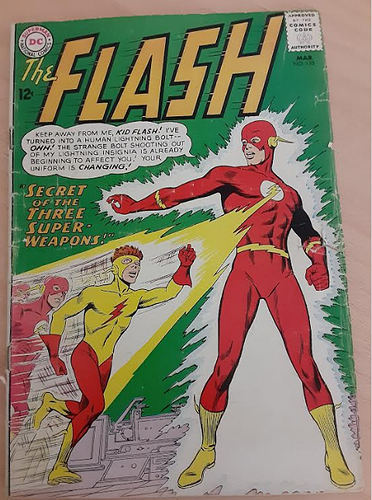 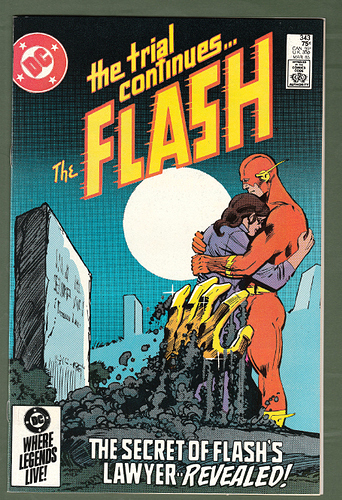 I don’t remember if I had shared some of these with you all or not? Certainly not the 135, that one I’ve only had for a couple of weeks. Just 5 issues to go now and I will finally have a complete run 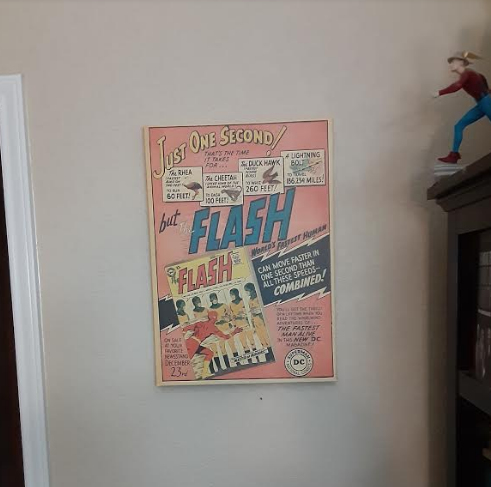