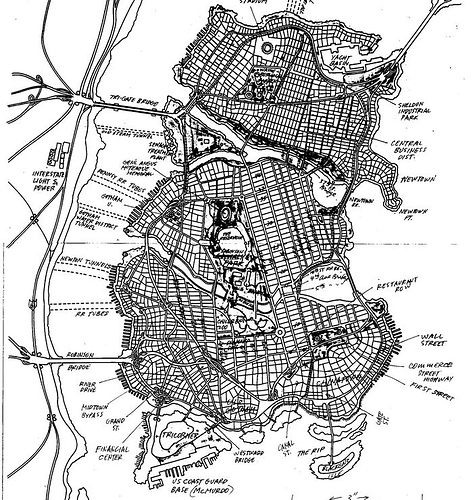 The Cartographer Who Mapped Out Gotham City

Batman has been guarding Gotham for 75 years, but its city limits weren't defined until 1998

That’s why I love this site. So many wonderful and helpful people!
Thanks much!

The new column has arrived! Special thanks to @moro, @Behemoth, and @TornadoSoup for their questions.

Ask...The Question: When Did the DC Trinity Become a Thing?

Hi Question since Monday is President’s Day, who was the first U.S. President to appear in DC Comic?

I believe I answered this in an earlier column. It was actually Franklin Delano Roosevelt, the current president at the time, in 1936’s New Comics #4 — the fourth comic DC ever published!

@HubCityQuestion, thank you so much for such an informative answer. I had read For the Man Who Has Everything, but was not aware that was their first appearance together. You gave me not one, but 3 issues to hunt down and add to my little collection. Thanks much. You rock!

For the record, I would totally read a Wildcat series.

That was a great answer. Thanks.

You know, it wouldn’t be crazy. One of the longest running Japanese comics of all time is about boxing!

It’s me again. You know, once I discovered the DCU on line, my main reason for joining was to see the live action versions of characters that weren’t on network TV. I can honestly say, for the most part, I’ve not been disappointed. It was through my initial exploration of the site, that I discovered " Ask the Question." Hopefully, not to your chagrin.

And now, why I gratefully acknowledge a contribution by your fellow sitemeister, Josha Lapin-Bertone. On Dec 4th, he authored an article titled Epic Cringes: 5 DC moments that didn’t age well. He explained a JSA/Wonder Woman sore spot with me. And, I imagine with some others. That being, why would the JSA have had one of their strongest and most capable members, sidelined for secretarial work? Rereading some of my All-Star Archives, I counted 20 adventures, she sat out the fight. 20!

And it’s because I remembered that article, that I didn’t hit you with that query, Q. Had I done so (as I intended), with that info available elsewhere on site, well, that would have been a little embarrassing for me. And I’ve already suffered enough of that, thank you very much! So, kudos Mr. Bertone. Thanks for allowing me to " save face." As for the answer to that question, I direct you all to Mr. Bertone’s article.

And since I can’t very well leave you question free, I’ve got 2 you can try on for size. First, William Moulton Marston is the self credited father of the polygraph. In bringing Wonder Woman to life, do you think this was at all influential in the creation of her golden lasso of truth? And second, any idea if, or when DC is going to collect the All-Star Squadron run, in color?

I watched the Robert Pattison Batsuit teaser that dropped today, and I have to know…

IS THE BAT-EMBLEM MADE OUT OF THE GUN JOE CHILL USED TO KILL THOMAS AND MARTHA WAYNE???

And has this idea ever been seen before? 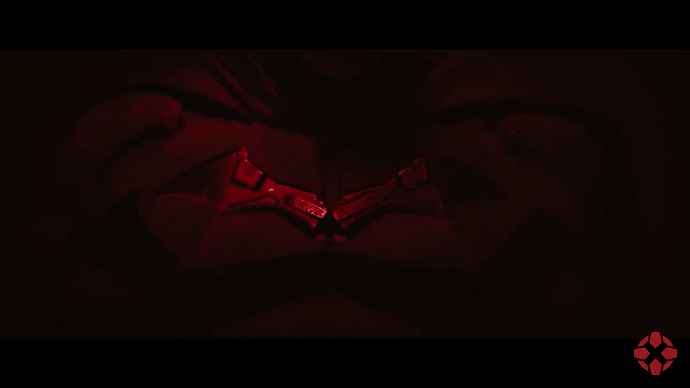 The new column is up!

Once again thanks are in order for a coherent and historical background recap of Wayne family history. So appreciative was I, of the superb job the producers of GOTHAM did over the years with our beloved DC characters, that I all but forgot the roots and source material the show was based on. Hard to remember when there was only one Dr. Leslie Thompkins. But then, Morena Baccarin (Mrs. McKenzie) has that effect on some men, myself included.

Since I wasn’t reading DC at the time New 52 was running it’s course, thanks for the update on the Waynes, Kanes and the faithful family butler. Lew Moxon and Joe Chill I was quite aware of. But my knowledge of the newly inserted Court of Owls into the mythos was sorely lacking. Thanks for putting all that into perspective for me. Your comic book namesake would, I suspect , approve!

I am familiar with the 4th world but recent issues of JL have referenced the 1st-3rd worlds. I don’t know a thing about those. Could you let us know a little about what are they, where can I learn more, and whose names should I know? 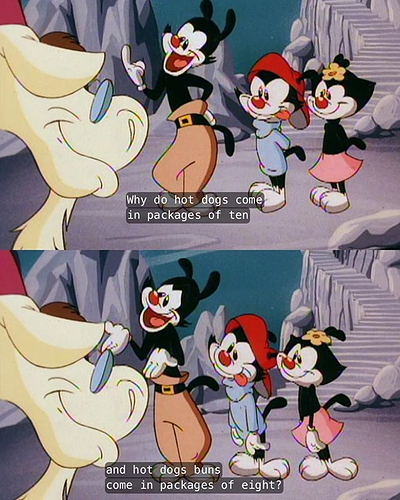 What was the first DC owned character ever drawn by Jack Kirby?

My friend doesn’t believe it exists, but I swear I didn’t dream it up. There was a comic where Dick and Wally were in a hedge maze, betting who could make it out first. I’m almost positive Dick won, because Wally kept getting lost while Dick kept his hand to the edge of the shrub to find the way, or something? It’s how I learned to solve more difficult mazes without messing up.

Anyhoo, it was drawn in a very BtAS/Archie cartoon-esque kind of style.

I believe that’s Flash Plus Nightwing

Whoa, that was fast! Thank you, @MisfitCMJ