The new column is published! Thank you to @BatmanFan2007 for this very Batman Week appropriate question… and to @El.Barto316, for whom there’s something a little special today.

Is Stephanie Brown in the canon DC universe?

She is! Steph made her first Post-FLASHPOINT appearance in BATMAN ETERNAL. She went on to be a major part of 2016’s DETECTIVE COMICS run by James Tynion, and is currently appearing in Brian Michael Bendis’s YOUNG JUSTICE.

Is Black Mask and Hush the same age as Batman? Or at least close to his age?

Never ask a comic book character their age. Comic book timelines are necessarily squishy in order to acommodate 85+ years of continuity. But both Roman Sionis and Tommy Elliott have been depicted as having been acquainted with Bruce while they were all children, so it’s reasonable to say they’re close to the same age, if not exactly the same age.

Come to think of it, because Tommy and Bruce were in the same bunk at summer camp together, that would make them the same age. (Same goes for Harvey Dent, in another story.)

Is the Joker a 4th wall breaker?

Sometimes. Depends who’s writing him! Everyone has their own take on The Joker. The secret to his ubiquity is his versatility. Now, is he REALLY addressing the audience, or does he just THINK he is? That’s up to you.

Is there more than one Joker?

It’s a fair question. The “Three Jokers” plot is a Black Label Book now, so it’s not strictly considered in continuity. But a big part of The Joker’s appeal is how little we know about him. There’s no way to know for sure.

How many “real names” does the Joker go by?

Only a few… million

Like I said: there’s no way to know for sure. It could be just one, or it could be a new one every time.

OK, let’s see… identities and/or aliases of The Joker, in alphabetical order. Note that NONE of these may be, and are in fact probably not, his true identity. Jokers from alternate continuities are noted in parentheses.

I believe he also used the name Arthur Wilde in a story that i believe was called The Joker is Wilde. I think it was either an issue of The Brave And The Bold or his own short lived book. At least that’s the way i remember it.

Joker #5. I believe it was a separate character.

Hello @HubCityQuestion, It’s your friendly neighborhood Reaganfan78, I’ve been recently started watching the 1966 Batman, Do you think it was a huge mistake to have Harriet Cooper on the show?
She could’ve easily walk into Bruce’s study, see the red phone, in her mind she could think It’s a phone to call the President. And if she talk to Gordon, Batman’s secret is pretty much blown.
This could’ve happened when Batman & Robin are fighting crime, Alfred is cleaning the batcave.
I do like Madge Blake who play Aunt Harriet, I think she’s a very talented actress, but her character may be well be a mistake to have on the show. At least Green Hornet didn’t have this problem!

YOU SPOKE TO MARK WAID!! Someone get this man a Pulitzer Prize!

(Also, you left The Architect, Orphan (David Cain) and Narcosis off that very exhaustive list. I can see an argument for not including all of them: (Architect is a New 52 back-water, David didn’t have and an alias until 52, and Narcosis was only in a few issues. ) But you mentioned letting you know about any you might have missed (plus Narcosis was in the prelude to NML so I felt obliged to point him out)). 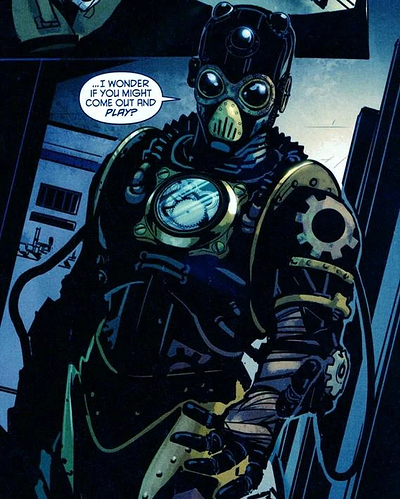 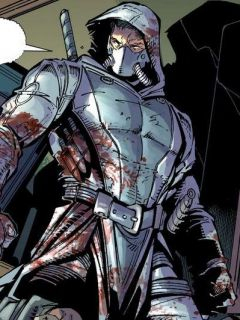 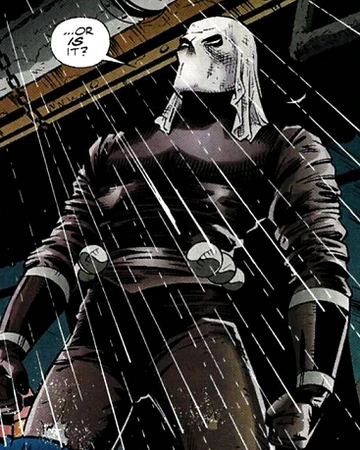