Really would love to play as Nightwing

You already can in the other games.

outside of Arkham Knight?

Yep. I’m pretty sure all the VR challenges or whatever they’re called allow you to play as everyone in addition to Batman.

Add a cameo or two from the Justice League. I would love to see how other heroes are depicted in this world. The best DC animated film Assault on Arkham is based on these games. We know it can be done.

I sincerely hope that they do online multiplayer like AC: Unity, so people can play with friends. Solo or 4-6 co-op play.

They have them for free all the time on Xbox’s subscription thing. Not Xbox Live, the other one that I cannot currently remember the name of.

We need another Batman Arkham game it’s been too long between them. I played them several times was awesome to snag and bag and they could never find me.

No, it usually doesn’t, for the Arkham games are pretty much their own universe. And from older rumors it’ll take place a few or so years after Origin, so it should include Batman, Robin, and Batgirl hopefully.

Bah. Still no reveal at The Game Awards.

Barbara as Batgirl, I’d say that’s highly unlikely at this point if this game is a continuation in continuity. She’s already Oracle

Yeah, but what if it’s a prequel, which is what I have heard. So the crew in the game would be Batman, Nightwing, Batgirl, Red Robin Burgers, and definitely no Red Hood or Damien. Also I don’t know if Steph, Cass, or Kate even exist in the Arkhamverse comics–but that would be the indicator if they would be in the game. Because Tim and Barb are essentially 5 years apart and she was used as Tim’s interest I am relatively certain there’s not gonna be Steph, or Cass. Catwoman will probably make a return to gameplay. I doubt you would be able to play as Alfred. So that makes 5 characters, which is a huge roster.

Yeah, they’re all on game pass.

I think anyone who has played the Arkham series games are itching like addicts for a new and fresh batman game. And if what is being said is true the court of owls would be a great way to reintroduce the Arkham series back into the spotlight. Would possibly maybe even have a room for the batman who laughs to maybe make an appearance. Sorry that’s just me wishing for a perfect world lol, the batman who laughs i think is the villain in comic history too become a legend villain such as the likes of the one and only Joker. 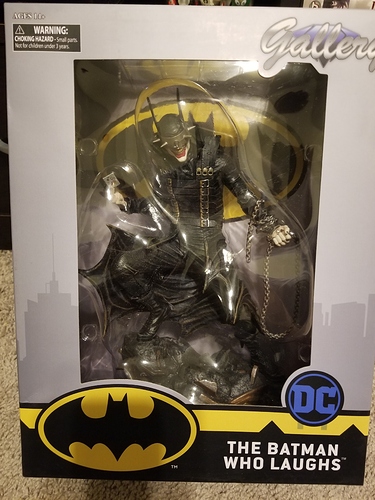 New reports suggest that the new game is a reboot of the entire series.

The legacy title is no longer a thing, they said it will surprise us. It’s either a prequel or something new entirely and it’s on next gen only.

Well as far as I know it was never named legacy, that was a placeholder title.