Haven’t been able to find a thread about this recent Batman event. 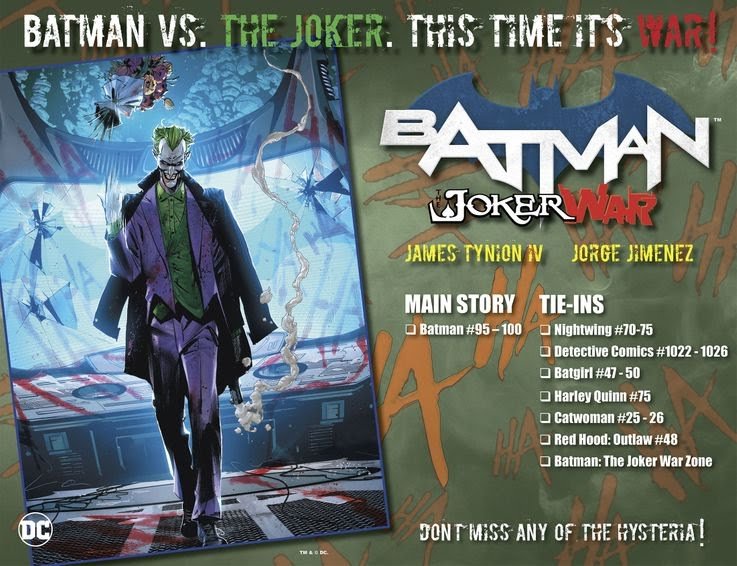 As in the same way as I can never resist a DC event with the word “Crisis” in it since the original COIE as I still have the original 12 issues, now slightly yellowing after nearly 40 year, i also can never resist an event series where The Joker throws down against Batman.
I hope there will be lasting consequences in the aftermath of this one. That was my criticism of “Death of the Family” as The Joker brutally tortured Alfred and many others but they were back to work without a scratch on the the next issue after the event ended.

Well no more Alfred, Harley & Catwoman are currently hurt as of Batman issue 93, I won’t say dead because previews have shown them around in future Batman issues, Ric is now Dickyboy(

), and Barbara is apparently going to have a not so happy reunion soon. I’m really interested as to what’s going to happen in the aftermath

I am behind in my reading of Batman but spoilers don’t bother me as i have a memory like a sieve and won’t remember having foreknowledge when I get to these issues.
Alfred was like the Aunt May of the DC Universe anyway. How many times can they both conceivably get shot or knocked out as neither of them were spring chickens when their respective heroes started their careers?

I love the Joker, but I’m Joker’d out. 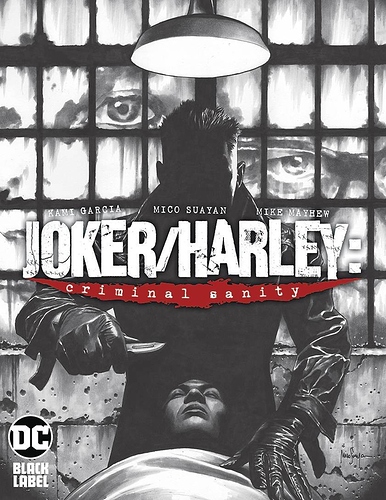 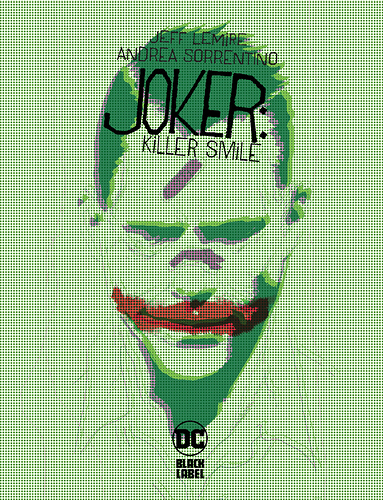 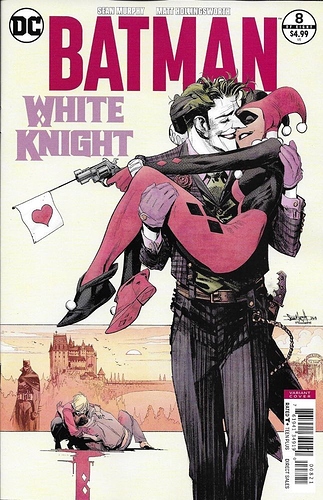 He’s in Harleen. He was in Last Knight on Earth. He’s in Birds of Prey. After Joker War, he’ll be in Three Jokers. Which I’m excited for, but I’m taking a break with Joker War to STAY excited for Three Jokers.

Alfred was like the Aunt May of the DC Universe anyway. How many times can they both conceivably get shot or knocked out as neither of them were spring chickens when their respective heroes started their careers?

I have a feeling he’ll be back eventually. But I think it’s going to be interesting as they implying that Batman is going to need all the help he can get. But for all we know he’s already “prepared” for all of this.

I definitely understand being tired of certain characters. I was Harley’d out for a long time until the recent animated series. It was a nice refresher. I took a break on a few titles and I’m just getting back into it so I wanna see how #JokerWar goes and then 3 Jokers even though I have my hesitations on that title itself

What are your hesitations? They first teased this story in mid 2016. After all this time, I have to know.

My hesitation is how the are going to handle and represent Barbara Gordon honestly. Like can we please stop bringing up the sexual assault. It’s hinted that it will be brought up in Joker War and is definitely a part of the 3 Jokers. It was also brought up in HIC. Like she’s more than that, she always has been. So I’m hoping not to be disappointed and it’s handled with some class. That’s really my hesitation and concern and always has been. Other than that I’m very intrigued by the story. I’ve already requested A & B covers start my local comic book shop.

The rest have yet to be released but I feel like if you want to get a good start on the story, like a little prequel, you might want to start with Batman issue 90. Some of the foundation is laid out.

“Death of the Family” as The Joker brutally tortured Alfred and many others but they were back to work without a scratch on the the next issue after the event ended.

I get what you mean but the consequences were more mental. In the side books and even in the main book, Batman’s relationships with the rest of the family is damaged.
I hope this story is the opposite. The Bat Family is more ruined than ever, I hope this new story brings everyone together by the end.

I agree. They really need to become a family again. Especially with Alfred gone, I think now is the time they put their differences aside and work together and be more understanding of each other. But Bruce seriously needs to let them in more!

Agreed.
I love that Catwoman is finally in the family but he can’t rely on her alone. He is going to need backup to fight Joker, especially this time around.

Well apparently Harley will help out in this storyline and since her title has been canceled I’m not sure what going to happen with her. But I do think he’s going to be asking for help.

But yes, I love the character growth of Selina and that she’s apart of the family now. Will be neat seeing her potential pop up in other Bat-books.

her title has been canceled

No not good, but I really doubt they’d get rid of that money maker

I am planing on reading this delayed and upcoming event myself www.comichub.com www.arkhamcomicsandgames.com

Can’t wait to hear your thoughts even if it’s later this year or next year. Hope nothing get spoiled for you. I’ll make sure to give spoiler warnings on updates on the storyline as it progresses.

No, it starts this month and goes to October of this year