I put the kryptonite back into my belt as I used this opportunity to throw a batarang that exploded as it hit him in the chest. He stumbled backwards as I then slid past him and grabbed his cape and propelling him over my head as I kicked him in the air sending him flying into the wall. He groaned from the hit still weak from the kryptonite. He struggled to his feet as I wasted no time throwing a sonic batarang which hit behind him and released a deafening noise. He grabbed his ears trying to block out the noise to focus as I punched him as hard as I could in the neck with an uppercut and followed through with my left hand.

I punched him again and again and again until he caught my fist and squeezed it. If it weren’t for the suit he would have crushed it. Then with his other fist he punched me square in the chest causing my to fly backwards into the other wall across the arena. Regaining his strength he flew towards me, grabbed me by the neck and kicked off the wall flying at top speed into the wall on the other side slamming my back into it.

I groaned as I felt a broken rib, but I wasn’t going to let him win. I could tell he was still a bit weakened from the kryptonite despite acting strong so I slipped my hand into a compartment that contained electric brass knuckles and slipped them on before punching him in the jaw as hard as I could. He went flying backwards and landed on the ground in the middle of the arena. I then used my grappling hook to speed towards him and drop kicked him. He fell to the ground again. “You’re a good fighter,” he said.

“And you’re stubborn. Which means this fight could go on for awhile,” he continued.

“What’s your point, do you want to keep doing this or not?” I asked. 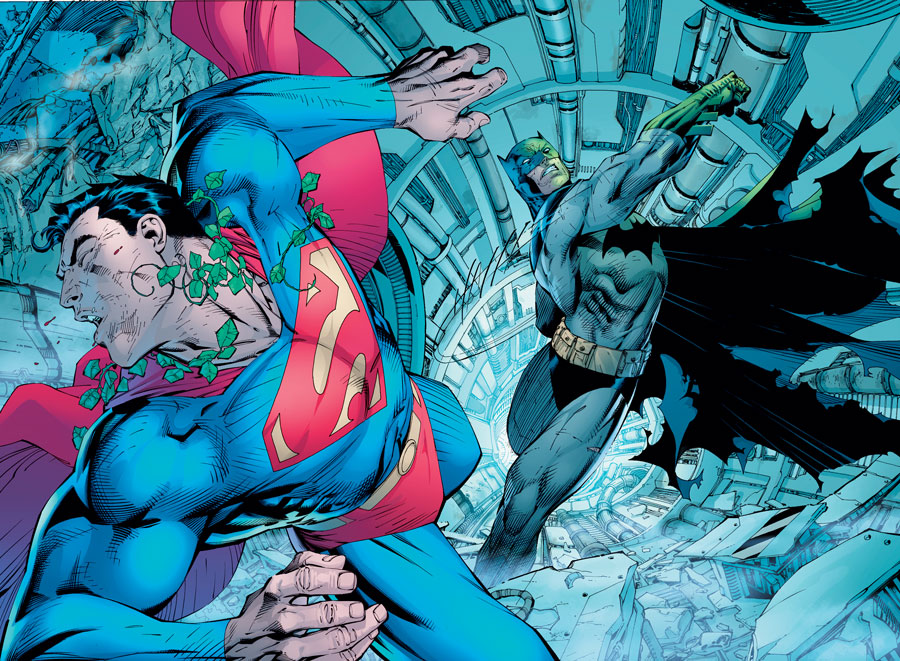 Wonder Woman’s a nice choice of referee, because if the chips were down, she could whoop them both.