This should go well

So when do we get a club for Spidercychums, biff? 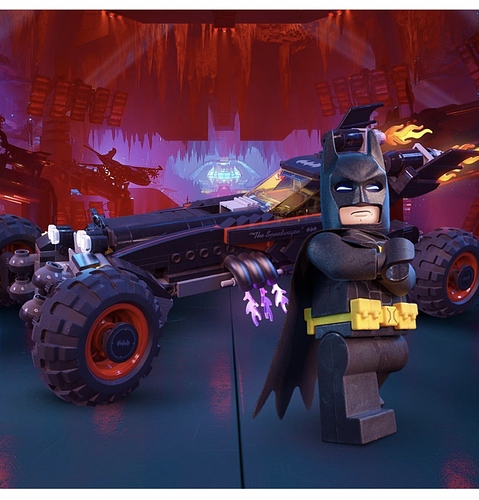 The ‘66 batmobile is the most iconic and that gets us to a legend. George Barris. The king of customizers. There were 4 made in total, the most famous being built off the ford futura concept car, ford had designed and built in Italy for $250,000 (in 1955 dollars) Barris bought the car from ford for $1.

The 2,3,&4 models were made from fiberglass, with molds for the original and used the current (for the time) Ford Galaxie chassis. Barris and his team built the initial #1 car in 3 weeks. Barris was THE customizer for Hollywood, also making the Munster mobile , the cars used in UFO and others. Barris was a man and had a team with great vision and dedication to their craft.

I fell in love with these customized creations and it built my desire to build custom cars as well. My first car had a Galaxie chassis, perhaps that explains my love of the original 66 version. Any conversation of Batmobiles has to include Barris. “The granddaddy of them all”

Wow, so you’ve got a deeper connection to the Batmobile than most!

Probably. I remember going up to Barris’ shop once in the 70’s. The customs on display, the craftsmanship involved. Folks doing this kind of work are true artisans. Also, lived in and around Costa Mesa, CA. In the late 50’s and early 60’s kit cars were big, and more kit car bodies and kit car packages were made in Costa Mesa, CA. So much so, it earned the nickname of “Little Detroit”.
But, it kind of makes sense. you had the engineering and machining expertise from the Dept of Defense contract work that happened in that area and the fiberglass knowledge people in the area had from repairing boats and making surfboards.

I can look at any car I might ever be interested in having (if I hit the lottery) and the first thing I think of is “Ok, it needs these mods.” A buddy who grew up in Italy had an old (early 60’s) Fiat 500 that had factory suicide doors. He sent me a pick of one cuz I had never seen one, and the first thing I thought was, “That would be so dope, if we chopped the top down by 1.5 inches and laid back the front glass. take out the back seats and get a single 12 inch sub, and we’d have to do the front 3-way speak pods using the mid and woofer in the door and then mounting the tweeter on the inside of the modified “A” pillar from chopping the top.”

As the saying goes, it’s a sickness and I don’t want to be cured.

Getting this back on topic to batmobiles, there are also fundamental problems with Burton b-mobile. the large turbine in the front would be problematic for driving. Firstly it is in front of the front axle which makes the care extremely nose heavy, especially on so long a wheel base. Second it is aerodynamically unsound, as it creates massive down force and a huge gaping problem for air moving over the car and creating downforce needed for traction, it would lose power going around a corner as the airflow would be hitting the impellor at different angles and with all that weight over the nose and rear wheel drive. It would be mondo “tail happy”. This could have all been avoided by using a bi-turbine design, which would have spread the load easier across the car and allowed for each turbine to be smaller and create less issues aerodynamically. Basically, its a car would corner like a cow. It might look cool standing still, but that’s it.

Even BTAS took the same basic look of the Burton and knew to take of the turbine from the front because it just made no sense.

This is great stuff! Thanks for sharing your expertise.

My pleasure. I find it interesting that a lot people want/talk about the need for “realism” in comics. Yet, when it comes to certain things like vehicles, that just goes out the window. I really liked Nolan’s trilogy in part because the vehicles made sense. The really helped ground the movie to me.

I’m a car person, I love them from all eras. If anything I miss the forms we got 20+ years ago. There is so much emphasis on aerodynamics in regards to fuel economy that so many look so similar they are hard to tell apart. I love the lines on my 5th gen Camaro. It doesn’t look like any other car on the market, except the 5th and some of the 6th gen Camaros. Where as I remember seeing five white 4 door hatchbacks parked on one segment of street. Standing across the street it was difficult to see which one was the Honda, Toyota, Nissan, Mazda, & Ford. The profiles were so homogeneous to each other it was remarkable. (Which is probably why I’m remarking on it

We’ve seen Pattensin’s suit, I wanna see the Batmobile they are gonna use.

I agree 100% about how boringly practical the shapes have become! Maybe that’s part of why I love Batmobiles so much in the first place.