From Batman and Catwoman to John Stewart and Hawkgirl, there are no shortage of amazing DC couples. So, we have a question for you: Which DC character stole your heart? Are you a fan of big-name romances, or is there a niche romance that you can’t get enough of? 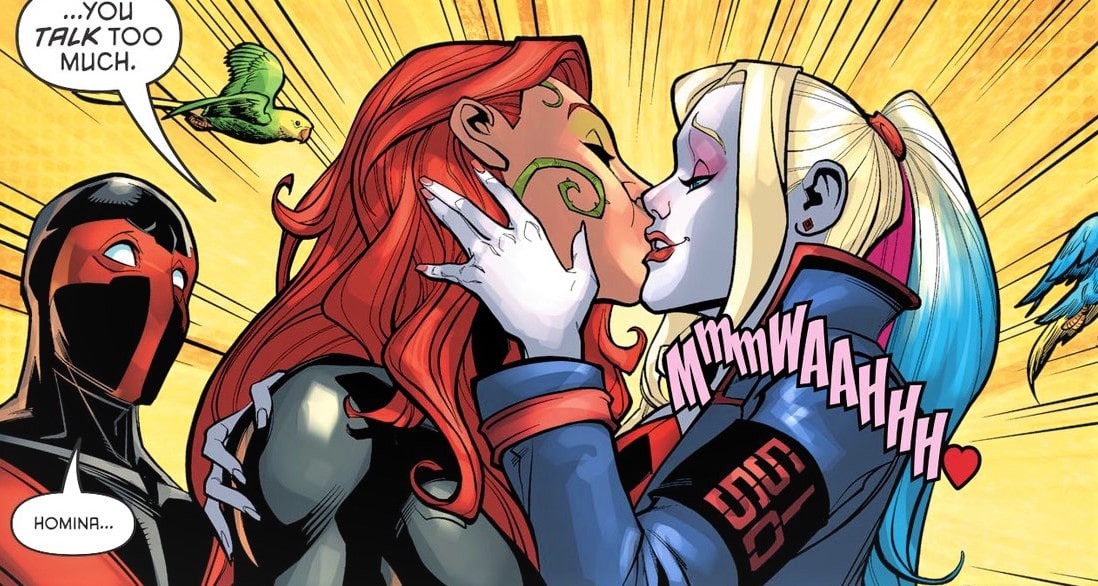 I’m Dick & Kory for a main & Apollo & Midnighter, Roy Harper & Jade Nguyen, Gorilla Grodd & Giganta (at least I know I saw them as a couple I can’t find confirmation online) I know their bodies & minds were once both in one of them, but I remember Shade getting led on by her. Only to have Grodd burst his bubble by saying they were a couple.

Ollie and Dinah. Love them together. 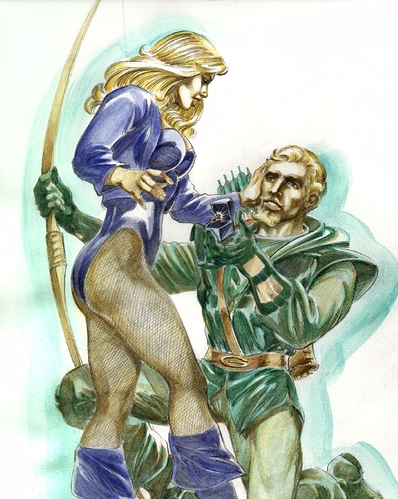 Why are people so obsessed with John Stewart and Hawkgirl. Carter and Shiera, people! That’s the way they were written and that’s what I like best about the two. Two faithful people who’s love is greater than time and space.

‘Best’ would probably fall to Scott/Barda for me.

Dick/Babs is my favorite DC couple, but DC seems to be stuck on the trapeze swing metaphor. Wally/Linda is another favorite of mine, but the current continuity… has not been kind to them. I’d throw new52 Arthur/Mera up there, but their recent/current drama has been a downer for me. I don’t think we’ve seen Ralph/Sue in Rebirth yet (except maybe a panel in Detective Comics 1000?). Hal/Carol have barely been in the same galaxy since John’s run ended. Ollie/Dinah seem to have split since his run ended. Diana/Steve seem to have fallen apart (or is love just dead?). Lois came back to Earth and hid from Clark for a while… I guess Bruce/Selina finally worked things out. Sigh, love seems to be in a bit of a sorry state for most of my preferred pairings.

My top is the Bat and Cat. It my Bat Bias but I do enjoy that want to make each other happy.

I’m going to go with Carol and Hal Jordan- even though Carol is on/off with him - they always manage to find each other in the end.
Also superman and Lois Lane is iconic, even though, they made changes to that recently I have heard.

Alright, I’ve been waffling over this too long, so I’m going to hedge and give a top three in no particular order: Dick and Babs, Barda and Scott, Wally and Linda.

For Dick and Babs, I think part of it is that I just like each of them individually. While I acknowledge the retcon that they were always an item was sort of dumb (especially since I always figured Babs was a good bit older than Dick - maybe about halfway between him and Bruce in age), I actually liked that they were old friends who’d been apart for a while but found a connection after having both moved on and matured in their own ways. Yet another reason I don’t like that Babs went back to being Batgirl, because it upsets that dynamic. Post-Flashpoint, she hasn’t moved on, while Dick has. Which in turn makes her feel like the younger, less mature one, which is not really how their relationship worked even when they were retconned to be about the same age.

Barda and Scott are just generally awesome. That’s honestly all I have to say on the matter.

I think that was the animated Justice League that Gorilla Grodd and Giganta were a thing but I could be mistaken.

I’ve been a hardcore Lois and Clark fan since Smallville and continue to love them in live action, comics and animation.

Artemis and Wally from Young Justice are my favorite animated couple.

For the arrowverse, I fought it for awhile but did end up really liking Oliver and Felicity. But always classic Ollie with Dinah.

Others I’ll give a shout out to are Aquaman and Mera, Jade and Roy, Dick and Kory (animation does them so well), Huntress and Question, Montoya and Batwoman, and Bruce and Selina.

I do agree, Dick and Babs has the best relationship in DC it sweet and touching to see

My favorite couple is Abby and Swamp Thing. Their relationship is touching and quite compaired to others in DC, The issue in which they confess their love for each other is one of the best single issues I have ever read. Others I like are Dick and Babs because I think Batman would be happy to see his son grow and get what he never had, Question and Huntress because of how grounded it is and how akward the question can get when dating, and Oliver and Dianna because they have good chemistry with each other, and similar to the Question/Huntress, It’s down to earth

Yeah I was gonna say JLU & it’s one of the Injustice league episodes where they meet in the mansion. I just didn’t wanna be wrong. Now that u seconded it. I’m pretty sure that’s correct.

Oh, Supes and Lois are the best. They have consistently come back together in the end. Except in New 52. But Those two work so well. Superman still protects Lois. But she’s still one of the most independent women in the DCU. It’s awesome and has evolved better than any relationship in DC history.

So many awesome pairings so far!

I just have to ask, what is it that you think makes these couples work for you? Is it a matter of time in canon, like @Behemoth mentioned, or is there something else that made you fall in love?

I’ll take Roy & Cheshire for this one out of my picks. I love how there’s no way they should love each other, but they do. As a hopeless romantic (not saying they are their total killers) I love a couple that makes it work despite the odds against them.

Swamp Thing and Abby work for me because it is quite and how, similar to what @capo-mage said, it seems impossible, but it works naturally once you read it