I was actually watching an interview with Neil DeGrasse Tyson recently and it’s not inconceivable that our universe is only one in a vast multiverse. So who knows, just because people don’t think something is real doesn’t mean it’s not (maybe not in our universe but perhaps in a different universe the entire DC mythology is actually playing out), just as people may think something is real and it isn’t.

I also think that mythological entities have been shown to be local, while some areas did account for the major pantheon of sat greek mythologies, a local group in a different area may have also had mythology that was local to them as well. Maybe the b-d listers. We also know that many mythological tales have been lost to time. Perhaps 2000 years from now Superman, Batman, WW and other stories and characters will be remembered, but GL Corps, BOP, and Wally West, and others will be lost to time.

Reboots/Crisis events, Golden Age vs Silver Age. That is the interesting thing about comics. There are multiple Pantheons, think Greek, Roman and Norse and there are many more over the time and location). Kinda makes sense. Hades may be the lord of the underworld in one and we have a gender swap with Hela in another. They both serve the same or very similar function. (Maybe that’s why changing an existing characters gender, ethnicity, orientation doesn’t bother me.)

I had to go look for more images. 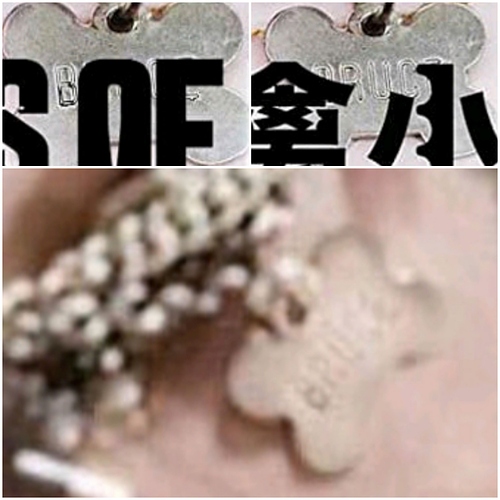 Thank you @biff_pow for mentioning this!

This movie is going to be different from the Birds of Prey comics, but it’s like a fresh new start for these characters and including Harley Quinn is just insane and cool. Can’t wait to see it!

really looking forward to this

So true! Fresh is such a good way of describing it. I really enjoyed the trailer.

really looking forward to this

Yes! I am looking forward to seeing this take on the characters as well! I didn’t hate Suicide Squad

I love that BOP are being introduced to the world outside to comics. I love that Robbie wanted to bring them in. BOP never would have got a stand alone but now there is a chance they will explore them if this movie hits box office goals.

Yes, that’s how I see it. Margot and Harley were always going to get a solo movie. WB was making a Harley movie no matter what and Margot is using her character’s popularity to include the BOP. I feel like maybe people see this as Harley invading a BOP movie, but Margot’s movie was happening either way, whereas BOP was not.

I’d love to see this movie succeed and be great so that we can keep getting more BOP stories.

Exactly! I think Robbie is pushing more female comic characters into the spotlight to get them as known as Harley to the mainstream which IS A GOOD THING.

The general movie going audience might go to the movie for Harley, but hopefully they come out of it as BOP fans as well. If this is a good movie and does well, I could see more movies in this franchise that will be much more centered around the Birds of Prey.

That’s what I’m hoping, I am a huge Harley fan but I do like BOP too. I would love to see BOP, Ivy, Catwoman, etc more on their own and less a part of the boys’ stories. I wanna see a Power Girl movie!

Power Girl could be a lot of fun and could easily be Harley’s next team-up partner since they’ve done it in the comics.

Oh I think if they let Amanda Connor have a major role in the creation of the movie it could be epic. Harley and Power Girl Dave the world! 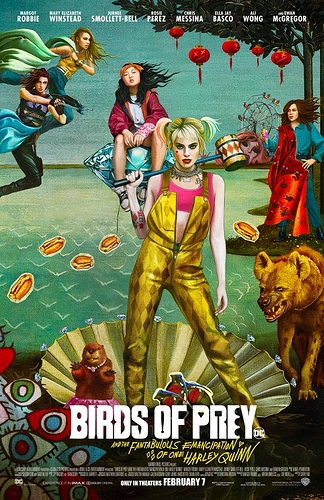 I give them kudos for trying something a little different, but I’m not really feeling the promotional materials.

Yeah, the promotional material has been hit or miss for me. Some stuff I love, some is not working. I am loving their Birth of Venus posters. 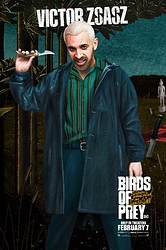 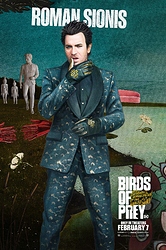 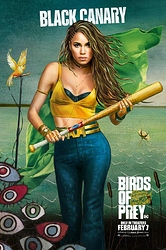 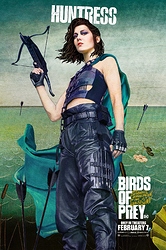 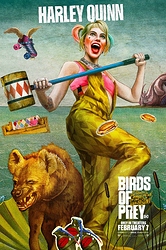 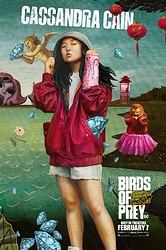 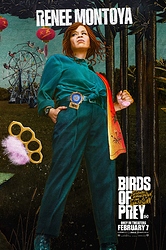 Ah, those are inspired! I can’t choose a favorite!

Okay, yes I can. Cassandra!!! With Huntress as a close second because those purples really pop.

Given your handle I was a little shook when you said you couldn’t choose LOL!

I love Black Canary and Black Mask. They just draw me in

I hadn’t noticed that!

What an awesome detail!