Calling all hackers, super spies and vigilantes (crossbow wielding or otherwise). Do you have both stealth and style? Are you tenacious and punctual? Do you consider toppling crime syndicates just an average Tuesday? Good! You’re in the right place! 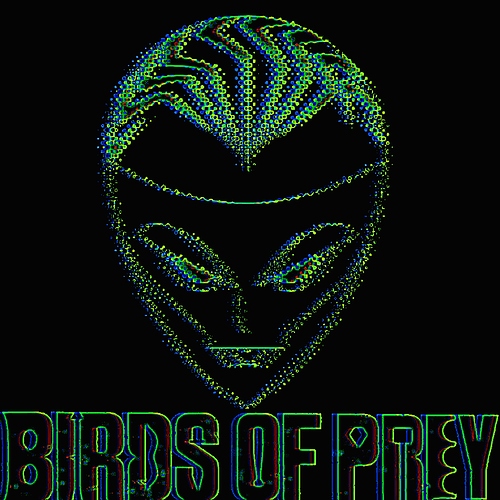 HERE to move on to Phase 2 of initiation. All club events will be posted below, or you can click this: #birds-of-prey-club to find us. Welcome to the Birds Nest!

Check out the BOP wiki!

(Curated by our resident historian, the one and only, @Mae!)

Birds of Prey: The Complete Chronology [image] Hello friends! I am starting a new topic from my original one here: All About Birds of Prey Comic Books This will be a wiki post that anyone can edit and the goal is to have the most complete reading list of all issues featuring the Birds of Prey (or just Oracle, Black Canary, and Huntress, since they’re the three main characters). I already started work on this project a long time ago but my progress was stalled when the resource I was using was… 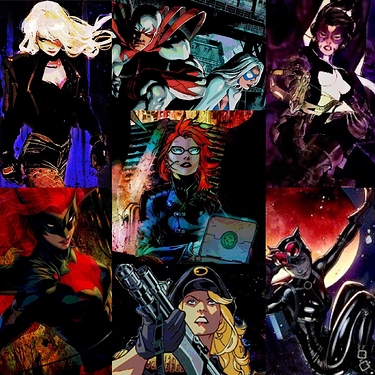 Cool, didn’t know this was going to be a thing! I’ll definitely be around for it.

Yes, it is finally out of the bag (right before Christmas, so it’s probably Santa’s bag)! The fabulous @Razzzcat and I are proud to involve all of you fine citizens in more shenanigans!

We’ll be kicking off our official duties with the first covert operations in the new year but for now we can just maybe start by discussing a little about what brings us to the Birds of Prey. Have you read any of the comics (team comics or solo efforts)? Silly question, but have you seen the movie? What are your thoughts? Who are your favorite team members? Why is Huntress the best?

I’ll have to mention this new club on my Countdown, thankfully I haven’t add Birds Of Prey to the list yet!

Have you read any of the comics (team comics or solo efforts)?

Oh yeah – I’ve read a lot of the Gail Simone run of BOP, as well as a bit of Chuck Dixon’s as well as runs after, like the New 52 run and the Rebirth run by the Benson sisters. Some are definitely better than others, but still overall some fun stuff to read and potentially talk about.

Silly question, but have you seen the movie? What are your thoughts?

Considering I watched it with you guys a couple of months ago (or was it years? 2020 is so messed up), yeah, I can say I have.

It was actually the last movie I saw in the theater before the Rona Times really kicked everyone in the cahones.

As for the movie itself…I really, REALLY didn’t like what they did with Cassandra Cain, but other than that, it was a really good, fun movie. Great mix of character, action and comedy. That said, they REALLY probably should have just not been so cute about it and just named the flick “Harley Quinn & The Birds of Prey.” I think it might have gotten a bit of a better track of people had a better idea just what kind of movie it was.

Who are your favorite team members?

Whoof, a lot to choose from. Of course, the OGs Barbara and Black Canary are great. Loved Lady Blackhawk when she came in later. There’s been a lot of great guest stars and team members over the years.

Why is Huntress the best?

You mean the Crossbow Killer?

Seriously, I’ve loved the character both as Helena Wayne and Bertinelli. She’s a great, fiery character that spices up a team dynamic. Loved her growth during Gail Simone’s run of BOP.

Seriously, I’ve loved the character both as Helena Wayne and Bertinelli.

And now Helena Wayne is back: 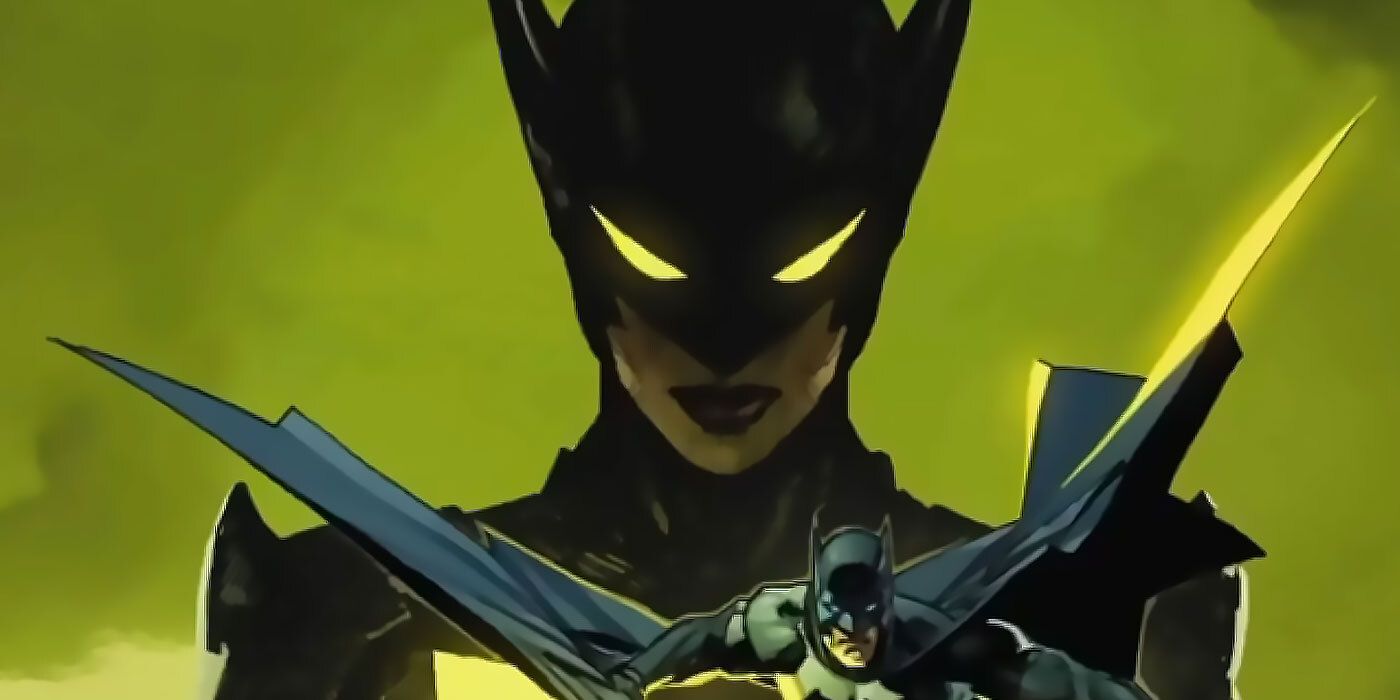 The cover of Batman/Catwoman #4 introduces Helena Wayne, the daughter of Bruce Wayne and Selina Kyle, who comes with her own masked identity.

I saw that! Her new costume is pretty cool. I’m just bummed she’s calling herself “Batwoman” instead of “Huntress.”

You mean the Crossbow Killer?

All I have to say is, as a Huntress fan, this scene right here gave me life…

I will cite Superman as my favorite superhero but Birds of Prey is responsible for me getting back into comics, multiple times. Every so often, life will get in the way and I will eventually stop reading comics for a bit and then come back. Usually, the way I reintroduce myself to comics is via Birds of Prey. There is something about Babs and Dinah teaming up that I am all for. The banter, the action, the drama. It is very much like home, in the same way, I like to think of Metropolis as home in the world of comics. Later when Huntress was added to the team things were rocky on a personal level but the ending result was classic stories and the formation of a solid team. One thing that I would like more background in is the relationship between Oracle and Power Girl. There is a certain level of respect for each other but it is muddled with disdain.

Of course, I have seen the movie and I loved it. I was actually planning to watch it on Christmas Eve along with Wonder Woman and Suicide Squad or Justice League. Cassandra Cain in the movie feels like a hybrid of the comic version of Cassandra Cain and Sin, Black Canary’s adopted daughter,

OMG- this was posted SIX DAYS AGO… and I’m just hearing about it NOW?!

M’kay- I really need to get a better info rotation going on my DCU General Discussion page. Gonna’ have to see if I can get the algo to give up the goods more consistently via more attentive engagement on my part.

I STG I had no idea this was rolling out now, and YES I am most definitely IN.

@Razzzcat and @Mae: YOU BOTH ROCK!

Yuuuussss! Happy to have you, of course! Especially, since your gurrl is a very big part of the team!

I’ve only read some of Birds of Prey, but I’ll join and probably rant a bit about Black Canary and Huntress from their JSA days.

*Edit: Oh, and Lady Blackhawk and Ted Kord join up at some point, too… right…? Yeah, this’ll be cool.

Heya, bird-watchers! Welcome to 2021! Our first book club is all set and waiting for you here:

Welcome, one and all, to this inaugural Book Club for the Birds of Prey aficionados!

This initial reading will be different than the rest, it will be a little longer than usual, but I’m hoping with the holidays behind us we can comfortably get properly introduced and start our discussions surrounding these amazing characters!

[EOA_7WBX0AA3oui.jpg orig] Our reading will be divided into three different “streams”: Origins, Spotlight, and Team-Up. We’re kicking off with Or…

I saw that! Her new costume is pretty cool. I’m just bummed she’s calling herself “Batwoman” instead of “Huntress.” 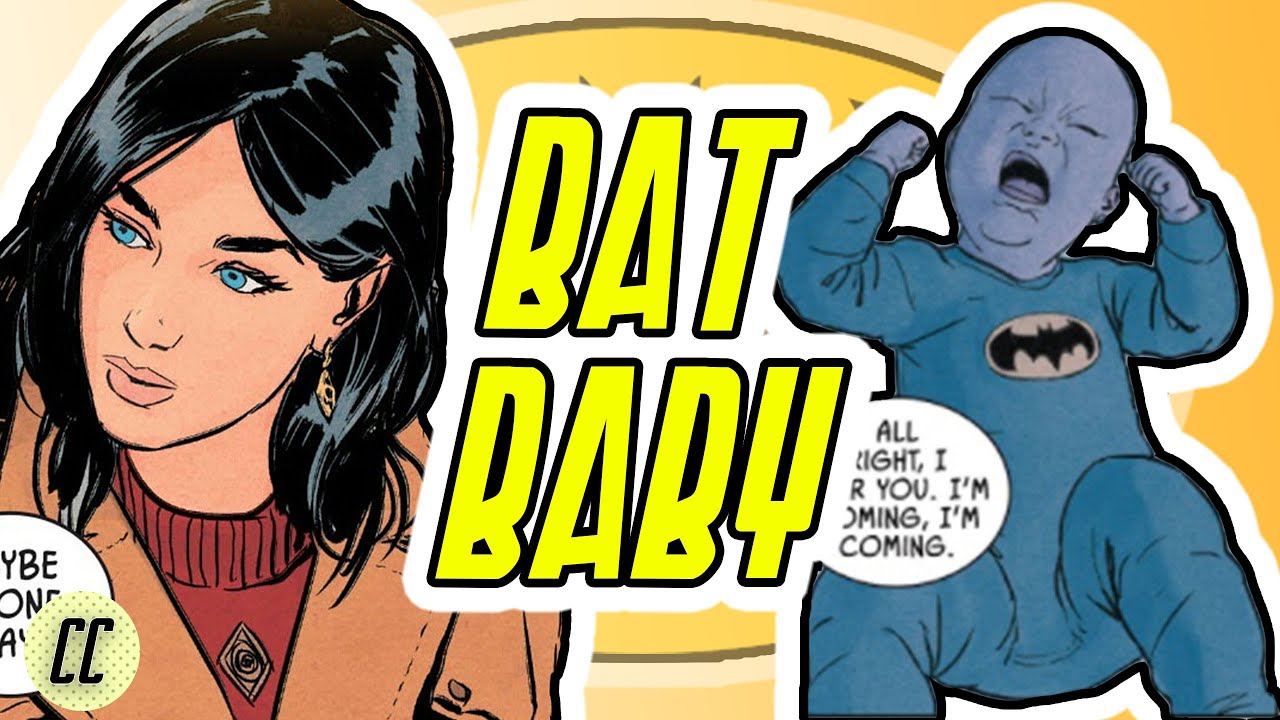 Do you have both stealth and style?

Are you tenacious and punctual?

Do you consider toppling crime syndicates just an average Tuesday?

Yes, but with tacos.

Yay- @Hiraeth’s here! Now this is what I call solid team building! 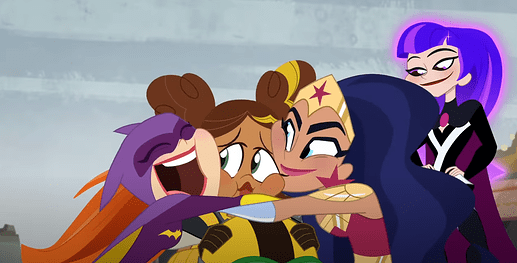 You are seriously so sweet!

I’ve missed you guys! (and Cheryl