I do too none of mine are really vintage but I’m interested.

I need something like this for the books at the house.

I don’t have a lot of older DC Comics but I have this one thing that’s pretty cool. It’s a lower grade run of justice league 1-34 plus brave and the bold 29. I’m on the scout for a 28 but I can’t spend a mortgage payment on a comic book right now 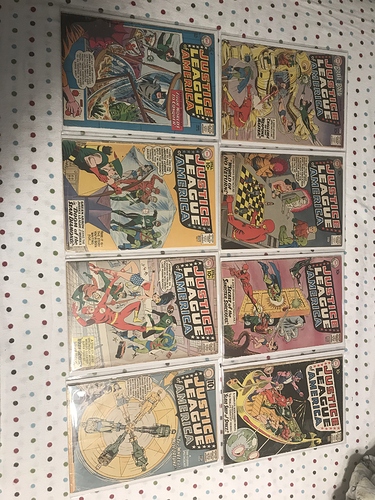 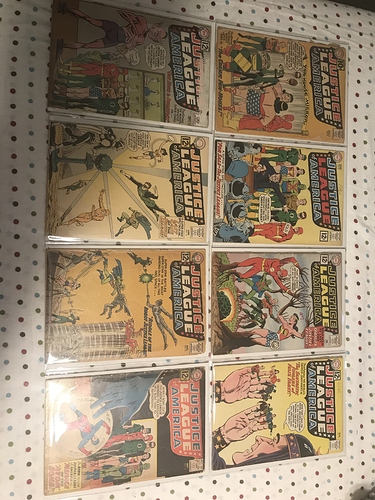 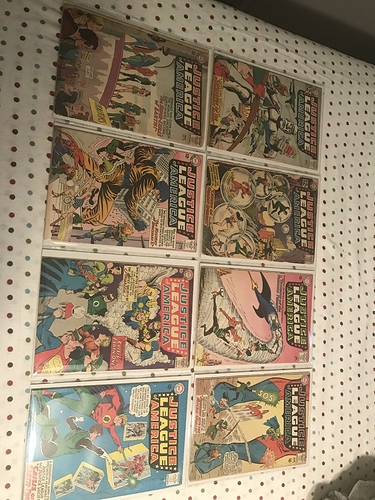 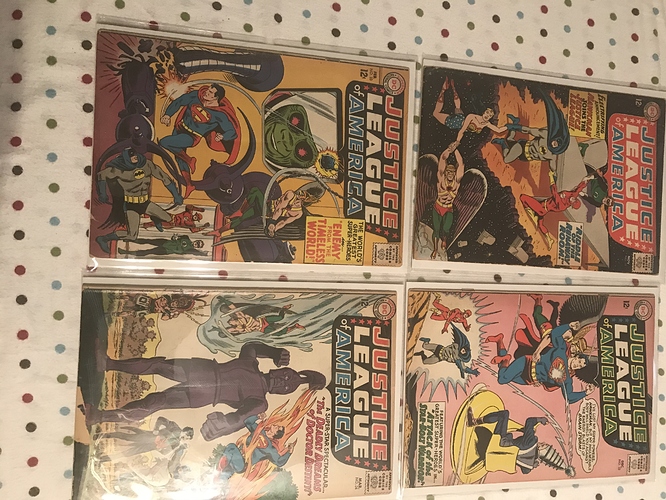 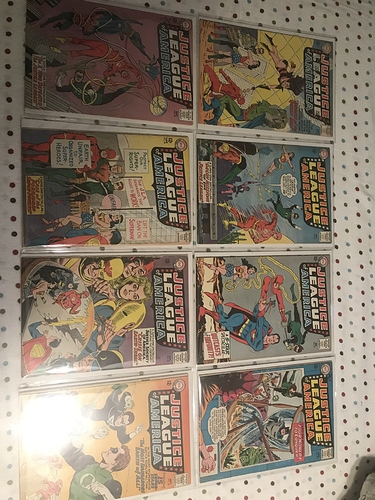 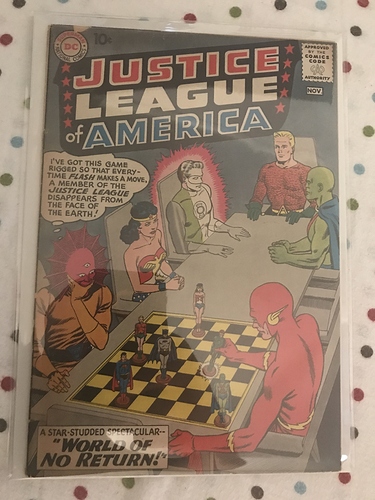 @Cadsecretnerd Here’s a link to I thread I created on Treasury Editions I got back in the 1970s. Check it out.

Return with me to the days of Disco, Gas Shortages, High Inflation and the best thing to come out of the 1970s Treasury Editions. Over the next few weeks I will be posting photos of my Treasury Editions that survived the great purge of my mother’s basement. Please join in with your pictures and reminisces of this unique comic format. [image]

@Cadsecretnerd And here’s another where I asked folks to show off their libraries. Mine’s below. I hope you like it. 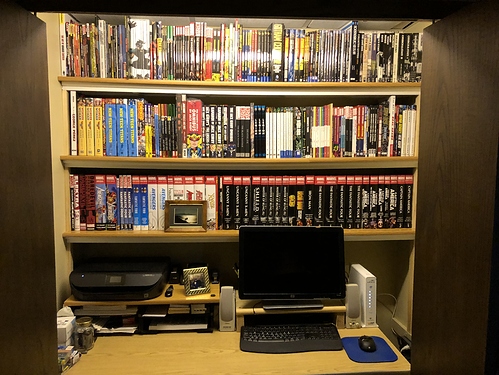 Show Us Your Library Collector's Corner

Nice justice league run. The number 1 actually looks like it shows really well. Those are definitely on my want list, but they just haven’t happened yet.

Right now I’m focused on 1950s Batman and Detective. I’m still missing probably 20-ish issues from the 60s and another dozen from the 70s. I’m trying to stick to very fine or better, but that’s been harder to do with the 50s books.

yeah that definitely does get expensive. I’m not afraid of lower grade books. For one, They’re cost effective. Actually that’s the only reason! I guess I’d rather have a bunch of lower grade comics that a couple gems.

I have some mid and higher grade marvel comics. I also amassed a collection of every comic and magazine the punisher has appeared in from Spider-Man 129 to the mid 90’s. I have complete sets of trades for some of the newer series. Its a lot of books. And it’s a lot of paying a flat rate of 2$ a piece for obscure worthless comics. I have the toybiz battle van and the Nintendo game too. Not a lot of action figures yet just one to sit in the van. Movie discs. I’d really like to get my hands on one of the movie prop knives from the dolph lundgren Punisher movie. The one with the skull pommel. The search continues.

@Cadsecretnerd I didn’t have any other place to put my pops waiting until my son moves out in the next few years. He wants to go into the military and I have told him I’m turning his room into my comic room. His only request can you keep the bed in there I replied like any father would will see.

I love it that’s amazing!

Amazing Justice League books! I focus on Justice League in my collection and have a few of those issues you showcased but no where near all of those. Very nice!

that is pretty impressive, I would have to get a couple of them, but it seems more organized then long boxes.

They have some pretty affordable options here and some higher quality cabinets as well. I think what I build is a little sturdier.

Thanks so much I’m glad you like the collection! I think I spent 8 years slowly gathering them all. Some of them are still in pretty bad shape but they’re all there. I really want a B&B 28 to finish the collection. But I don’t want to spend a mortgage payment on a book that’s In tatters.
So Im waiting for the right opportunity. I suppose the next step would be to acquire some of the higher issues or maybe replace some of the ones that are in particularly bad condition. I’ve kind of moved on to something else, though

I will post mine in a feed because I lent some books to my cousins during this pandemic!

If anyone hasn’t zoomed in on this collection of books you should. That’s pretty awesome.