Saw this on my news feed and thought it might be of interest. It includes both DC & Marvel movies. From comicbook.com. It’s not Variety, but a passable site for researched information. 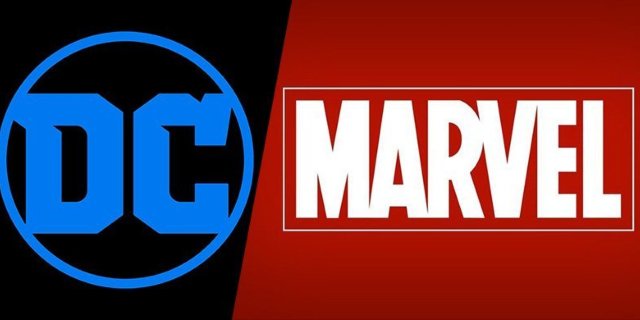 All Marvel and DC Movies Scheduled to Be Released Through 2022

Superhero movies are easily among the most popular when it comes to current movie offerings. [...]

Funny seeing how the market will be literally flooded with Marvel movies over the next 2 years. DC has their work cut out for them.

Nice to see plans for Wonder Woman, Batman, Aquaman and Harely (SS and BOP) on the DC front. Didn’t see a mention of Shazam 2 or Black Adam. Hope they round their slate out with more titles.

Curious to see now that we are hopefully getting Superman (if it gets picked up) and Green Lantern shows, if that means they are off limits for the big screen.

Yeah, this list probably isn’t entirely accurate. I doubt New Mutants will be getting a wide release with the X-Men entering the MCU.

I wonder if WB/DC is deciding to not try and go head to head (especially in volume) with Disney/Marvel in the film space, but rather try to keep their edge and volume on TV.

That’s 15 shows, Disney+ has announced 6-8 marvel shows. Given lower budgets for TV shows over “blockbuster” superhero shows, might be a more profitable model for them. Not to mention the DC Animated and “team-ups with TT & TMNT, for example.

Yeah, I think that WB is probably realizing that you can’t just recreate the MCU business model. Companies like Fox and Paramount failed and ruined their companies trying to (although Paramount is making a comeback thanks to Spider-Man making a ton of money). Universal finally figured out the low budget model and they’re doing great because of it. Honestly, if Warner Bros focused on their TV shows and straight to DVD/streaming releases, they’ll probably see way more success.

Makes sense that they would try to compete from an area of strength (TV + animation). I’m glad there is so much announced and coming from DC in both of those areas. The potential CW Superman show, in addition to the 2 new animated Superman movies coming next year, have this fan stoked. Also excited about Green Lantern on HBO. It’s a slice of DC (space/alien worlds) that I’ve always been interested in, but have only partially explored in the comics. Maybe by establishing themselves as leaders in the TV/home video department, it can help them better expand their brand in the multiplexes.

That’s the optimist in me speaking. The pessimist sees Disney+ coming with similar content and using the extreme popularity of their movies to quickly achieve quick success and compete with Warner/DC in their area of strength. Maybe even coming out on top. All they need is one mega hit (just look at what Game of Thrones did for HBO). Will they achieve that? Time will tell.

Either way, competition is a good thing for us: the consumers. Like many of have mentioned, we’re living a kind of Golden Age for superhero shows/movies. I hope DC continues to produce quality content that will keep its audiences happy and bring in new fans.

HBO has had its string of hits and subscribers before GoT. True Blood, Deadwood, Rome, & Sex in the City, just to name a few.

True. Maybe it’s just me, but I felt Game of Thrones literally took the world by storm more than anything else they put out. Just judging by water cooler discussions at work alone, not to mention the media coverage (not that big a fan myself by the way).

I was done after season 2. So didn’t care. I think people have a tendency to forget just how massive Sex in the City was. If not as big as GoT, it was close. True Blood came along at the right time as well. Rome was very popular and critically acclaimed but HBO didn’t do a third season because it was just to expensive to produce.

All those extras, hundreds, in period costume, big sets and location shoots with massive numbers of people. That gets expensive fast.

DC’s TV presence has definitely improved and looks to become even bigger in 2020, but I was hoping for more in terms of big screen movies for next year. Birds of Prey doesn’t seem to be my cup of tea, and while I do look forward to Wonder Woman I feel like the year is pretty barren. I hope they can announce some more movies next year for 2022 and forward