Would really like some more gaps filled in Batman (1940). Can’t believe we still don’t have 227 and a bunch of issues from the same era! Would also really love more House of Secrets and House of Mystery. My biggest want at the moment though has to be the original Superboy series, I can’t believe how little is on here or collected in any format.

Would also really love more House of Secrets and House of Mystery.

For I can’t remember when, almost as long as we have been getting weekly comic book updates they have been archiving an issue of House of Mystery and House of Secrets nearly every week. So seems they are going to keep coming slowly but surely. Who knows when they will stop adding them, or if they will keep going until the end of the run, but seems you will keep getting more of those.

Can you guys please add Scooby Doo Team up, where he team up with different DC heroes in each issues. Thankyou.

It’d be nice to have Emerald Dawn I & II and the first 47 issues of Green Lantern. Those are some great Post-Crisis, franchise establishing years.

Thank you once again for taking the time to let us know what you’d like to see added next! We’re so grateful to have such an active community.

I’ve passed your suggestions along to the rest of the team.

I likely requested this a while ago, but the extra emphasis in requesting it again never hurts:

Its a Triangle Era one-shot (1998: 1) featuring the first appearance of Superman Red, and one of the very few books from the electric suit era not available digitally. Incidentally, the others books pertaining to that period that are not yet available digitally are:

If all of the above could kindly be digitized, that would then allow for DCU to have the entirety of the Superman Blue and Red adventures on the service.

Finish the incomplete Green Arrow (1988) series. Most of the Connor Hawke stuff is missing.

I am genuinely curious to as wonder, since the launch of DCUNIVERSE, how many comics have been added because of this page? Does anyone know how to look into this? Too many have been requested for all of them to be added, and I’m sure there are hoops to jump through that we don’t know. However, confirmation that our requests are heard and occasionally granted would be a nice thing to know.

So, Star Spangled Comics essentially becomes the first Robin solo title. Some of those stories are reprinted in backups to other titles, but Star Spangled with Robin covers should be digitized, thanks,

When I was a kid 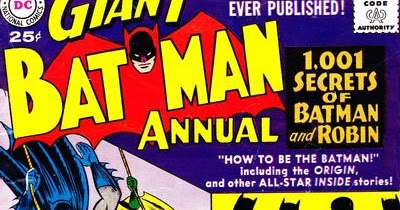 DC's second Annual of reprints, Batman Annual #1 from the summer of 1961 was a collection of important Batman stories detailing how to be...

I would like very much to see Mike Grell’s classic series “The Warlord” digitized. All 133 issues.

What @Heartshadow said and 1st Issue Special # 8. And an Omnibus.

Thank you again for the wonderful suggestions, everyone! I’ve made sure the rest of the team is aware of your ideas and feedback.

Super-Team Family 11-14 are newly digitized as part of the “Justice League of America: The Wedding of Atom and Jean Loring” trade. Can these issues be uploaded to DC Universe? Thanks

Hey @jla172! I’ll pass the request along to the rest of the team. Thanks!

The KIlling Joke-Alan Moore (1988) 1
Watchmen (1987) Alan Moore 1
A lot of the one-shot GNs. I don’t know if it can be done (copyright law might preclude this, depending on who actually owns the rights) I mean, White Knight is up there too. But if it can be done, I think we should get it.

and a storyline grouping for JLApes: Gorilla Warfare

The typical argument is that Moore’s works are bestsellers and thus are excluded from the site to keep them as bestsellers. You can debate that circular logic all you want, but it is what it is. Even so, I’d really like to see this site get the original version of The Killing Joke since the only version in print at the moment is the recolored Deluxe Edition.