What i meant was i’d like to see the complete series of each of those titles. This site only has the first fifteen issues of Wildcats, the first eleven of Stormwatch and the first three of gen13

I also would like to see some milestone comics like Hardware, Shadow Cabinet, Blood syndicate and the others.

DC doesn’t own Milestone, so that is very unlikely.

Sun Devils #10 was digitized last month, but we still don’t have the last 2 issues

Sadly, the digitization team ceasing digitization of a series one or two issues shy of the finish line is nothing new, and almost par for the course.

I so badly want a Q&A with someone from the digitization team, and if we only get one question, that’s what I would ask them: why do they do this?!?

Afterall, the squeaky wheel gets the grease.

Tis true! Unfotunately, we don’t have any news to share, @Db8coach, but we’ll be sure to let you all know if that changes! Compiling together, and sharing your most recent shares with the team now.

Just gunna say it again, although I feel like this thread has no real power to get Comic Books on the app via digital format but…

Doom Patrol 2001 the last 2 issues, as I’ve already stated in other posts, they were being put on the app weekly and then stopped with two issues to go, infuriating to say the least.

Day of Judgement (1999) Hal Jordans Arc spanning from Emerald Twilight all the way to Green Lantern: Rebirth is incomplete without this series in my opinion

Thanks for reading, maybe if this post gets some serious likes we can get these comics put on the app!

I’d like to ask for Batman: the 12 Cent Adventure. It is the only comic that is missing from the Batman War Games storyline.

Marv Wolfman recently mentioned Night Force on DC Daily. We currently have the 7-issue miniseries (2012) but only Volume 1 (Issues 1 - 4 collected and reprinted, 2011) of the original storyline. Can we please add the remaining issues 5 - 14? Thank you! 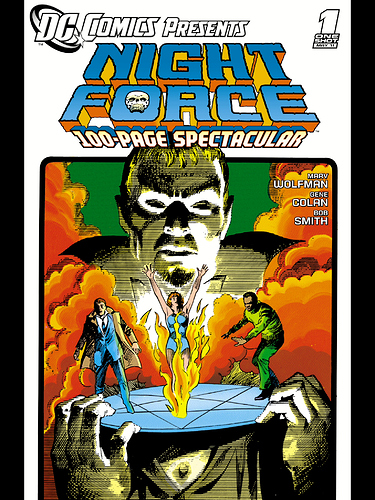 I would very much like to see the remaining Captain Carrot issues, and I’d really also like to expand my knowledge of characters like Jonah Hex and Sgt. Rock in Weird Western Tails, and Star Spangled War Stories and other related titles please!

All the pre-Kirby silver age craziness.