I’m using this thread to share some of the DC related fan art I’ve been making on my spare time. A lot of this started as my way of reacting to the DC hate that’s been around since the DCEU began (and even some hate I felt when the Dark Knight Rises released).

I could jump in and start getting angry and rant against everybody and hate what they like (like most people do towards DC), but I’ve found that it’s better to just love what you love and let other people do the same. On top of that, I’m an artist, so witty put downs and snarky comebacks are not my forte.

So anyway, I ended up drawing a bunch of fan art for DC to show everybody just how much I love this universe.

First up is the Joker! Man what a movie! I drew the color version when it was first announced and the Black and White version like 3 days after its general release (and a few days before I watched it). It was a very good take on the character and I loved the whole feel of it. It was like the movie gave me the same feeling I got when I first read the Killing Joke. It tackled the character in a very mature manner and Joaquin Phoenix was top notch. The Cinematography was great and Todd Phillips put together an amazing film! 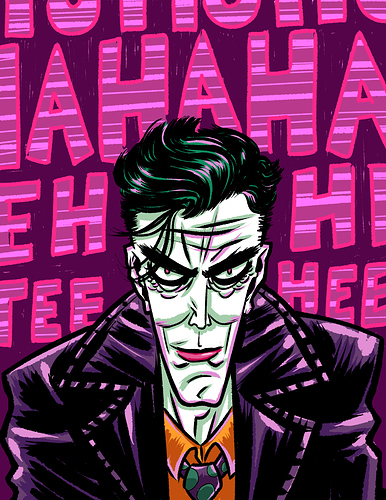 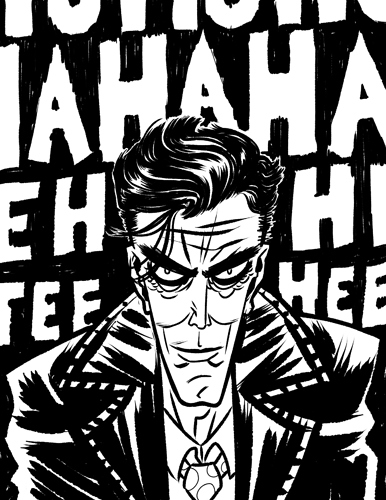 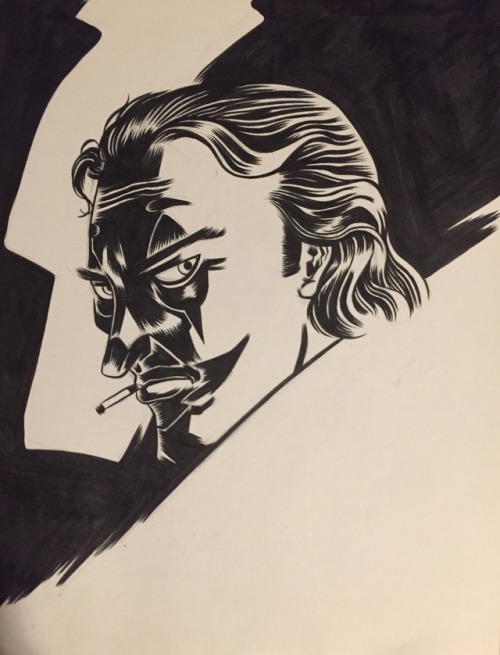 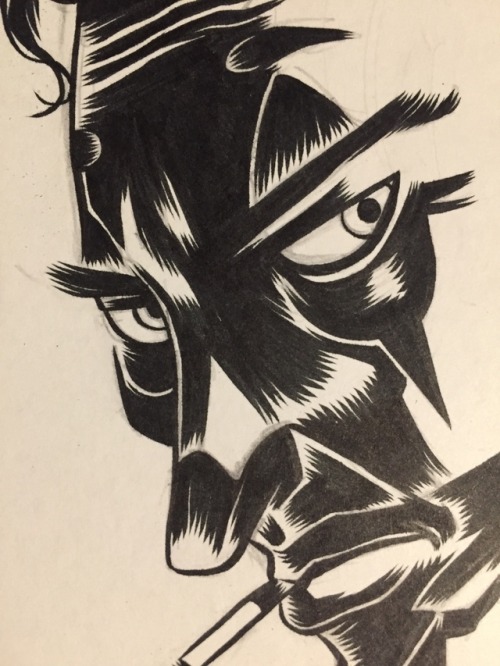 Love your use of color and shading, love the HAHA background, and the way you draw hair. I agree with your opinion of the Joker movie.

I LOVED the film and really enjoy your fan art, too! You’ve got such a great and distinctive use of color. Before I even saw your handle/icon, by the preview image alone, I thought, “Hey, the guy who drew that Superman is back!”

Love these! Especially the black and white one—the shading is so mesmerizing! I also really liked the movie, I saw it with my family and we all thought that Joaquin Phoenix did a phenomenal job as well.

@biff_pow Thanks! (Also, Ambush bug as your Icon is pretty hardcore! I need to read more of those…)

@CynicalPink Oh cool! I’m glad you could actually recognize it from the look! I never really know what my ‘style’ is, I’m always trying to get better at drawing and coloring. You’ll be seeing more posts like these, I’m afraid; I have quite a few more that I never got to share on here from a few years back!

@TheGirlWonder12 Thanks! I’ve been doing the yearly Inktober events to help me get better with my Black and White inking work, glad you like it!

It tackled the character in a very mature manner and Joaquin Phoenix was top notch. The Cinematography was great and Todd Phillips put together an amazing film!

Excellent review of Joker! I loved the film too. Your renditions of the two different characters are so deep and interesting. I especially love the close-up of Joaquin’s take. The eyes are very realistic and lurky with the dark blocks of shading. It feels like a classic already. Great job, @biggedy!

Thanks @KeyFamily ! I can’t wait for the blue ray release of it so I can add it to my collection!