Crisis On Earth 1 The Sequel

You are on. Let’s make it public…

Whenever that happens tag me so I can watch with popcorn.

I’ll link it here when its ready…

Riddle Me Out Trivia & Games

Alright @FerroLad, this is where we have our riddle showdown. We play by the rules of the sphinx. 3 guess per riddle, or we loose that round. Got it? First to 4 losses looses the showdown. I’ll go first. Let’s start easy… My spines are long, sharp, and stiff, You tough me once, and that’s it! Of all the fierce, mighty, strong, Those who face me don’t stay long. What am I?

Everyone allowed to play?

Sure! Beat the riddle in three guesses, and you can pick the next one.

SuperBlue did it last game so I guess it’s up to me now.

Oh yeah I haven’t done that this time! Got to remember that. Trying to catch up right now.

Is it suppose to be touch instead of tough?

Yes, thank you, I’ll fix that. Keep related questions to that topic so we dont clutter this one!

Since you guys are saying that we are waiting for the night vote, has the lynching occurred?

Yes it was Carbon, he was Doomsday

Yeah you missed the lynching 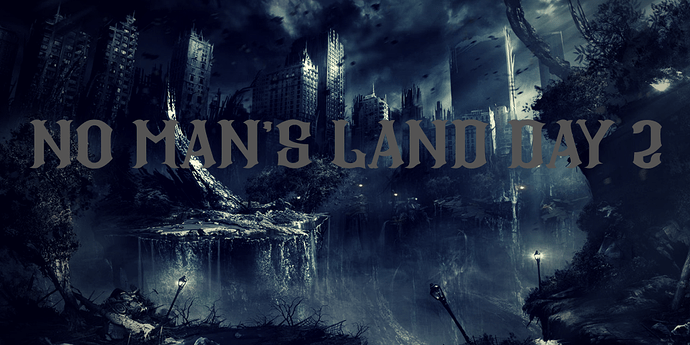 Day 2 in No Man’s Land what will be the outcome of last nights events?..

An old TV clicks on in someones home

Joker: Ahh good morning No Man’s Land. Today is a very special day as one of the people I dispise has left us tragically… That’s right folks Scarecrow has left us! been captured by those so called Heroes. At any rate we will slaughter them just as we have done so to create our glorious haven!

Harley: But puddin remember you gotta tell everyone about what King Shark did! He found where the Heroes were keeping everyone locked up and he got Doomsday and Deathstroke out of there!! Isn’t that great?"

Joker: Harley what did I tell you about interupting me!? And who cares about what king shark did? I am still the one who got use through the heroes and made this place what it is now! If you havent noticed. I have a following that would rather hear from me and not you.

TV crackles out as the Joker starts to approach Harley

Ivy: sighing heavily Harley why won’t you ever leave that garbage of a human?..if you could call hima human that is

Scarecrow has been caught!
@Broken-Knight You have been eliminated!

@Carbon @crystalinastar You have both been brought back!

Was not expecting that

I am very sorry @Broken-Knight

@Broken-Knight But you have fallen, so where would you like your memorial? We’ll avenge you, I swear!

Or we can lynch mob someone in their honor.