CW Arrow Spin-off Canaries Announced!! How do you feel?

Katie MacNamara will start in a series that takes place in the future as far as we can gather. It will focus on the Canaries and the Legacy of the Green Arrow.

How do you feel. Having disliked the flash forwards I’m mixed. I’m excited, but very worried. 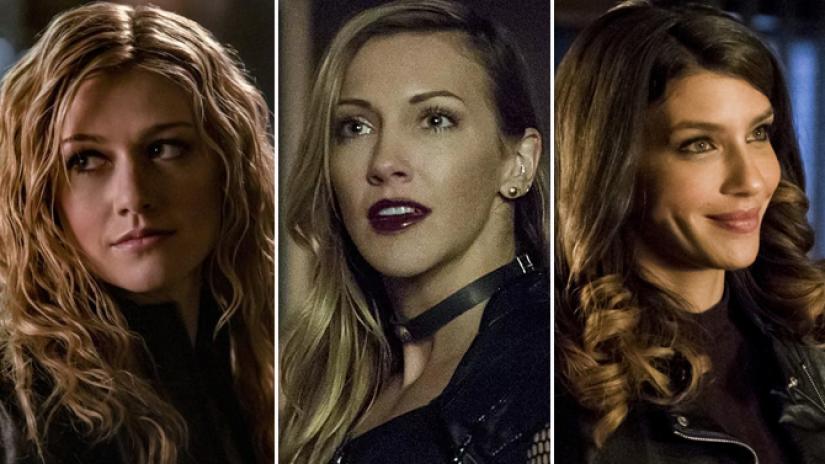 Agree I wasn’t interested in the flash forwards, if the time travel Mia to today, I’m good with it. Besides aging the Canaries every episode is very convincing. Either way, I’ll give it a try.

If any version of Katie Cassidy’s Dinah Laurel Lance is there, then so am I. I like the Dinah Drake character too. I don’t really care about the future stuff. It was boring, but maybe it’ll be better in Arrow’s final season and make us want to see more?

The flash forwards were weird, but I’m willing to give the show a shot. It will probably help that the show won’t be scenes spliced into another story.

I didn’t like the flash forwards last season and I thought the future world of 2040 Star City was dull. As of right now, I’ll pass.

I give everything a fair chance at the Starting Point, so I’ll check it out.

I was hoping for a Katie Cassidy led show. I don’t care for Future Daughter at all.

This would be basically Birds of Prey Beyond kinda? I’m all for more Arrowverse, I love that universe!

@ yutzy72091
Did Kathryn Newton portray a character on Arrow?

If they just leave it in a time setting, I think it will work. I wasn’t a fan of the flash forwards, not as a concept, it just felt very shoehorned in. It brought basically nothing to the general plot of Arrow. Canaries fighting in a street level dystopia has potential.

My only issue is that the future always looks cheap on network shows, and Arrow S7 was no exception. I’d much rather see Crisis erase the dystopian future and have a Canaries show that picks up where Arrow left off. But how to get Mia to 2020? Besides the most obvious option (time travel), I’d suggest Arrow take a page from Batman (as it has so many times) and reintroduce a present day Mia (Deardon instead of Smoak) the way Helena Bertinelli found her way to Gotham after Helena Wayne was erased by Crisis On Infinite Earths. That, or convince Willa Holland to comes back and take Ollie’s place as Green Arrow.

I wasn’t sure about it until @Mae called it Birds of Prey Beyond. Now I’m in.

As long as it’s about kicking ass, instead of another SJW show.

Personally, I think Katie Cassidy is one of the best things about the Arrowverse.

As with all DC shows, I’m willing to give it a shot, but I don’t have the highest hopes for it. Honestly, I think I would have preferred it being a solo Black Canary show with Katie Cassidy as opposed to having the trio.

Not a fan of flash-forwards, and definitely not a fan of a flash-forward spin-off. Just think, now the writers of this series will have 20 years of flash-backs to torture us with. God, come up with something original!

I’m open to the idea depending on how it is done. Crisis on Infinite Earths may mess with how the future pans out. There is still a lot to play with on the mythology of the Green Arrow and his team.