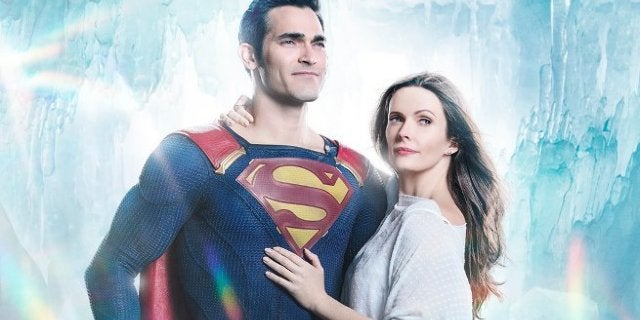 The CW is developing a TV series starring Tyler Hoechlin and Bitsie Tulloch, TVLine reports. The [...]

This is the best DC news I’ve heard in some time. Very excited

This is just the kind of news I needed today.

Well, if this is true than it looks like CW will keep me around a bit longer after the Crisis.

Has to be adapting Tomasi’s Superman right?

I just hope the writers they wrangle are better than those on some of their other shows.

Superman is what i want not supergirl

That’s cool for Superman fans! I just feel it would be redundant, what with the CW having Supergirl already. It was also rumored that they were working on a Martian Manhunter show, which makes me wonder what the future of Supergirl is.

Superman has had so many TV and movie (live action/animated) adaptations, I’d rather see something else be developed, but obviously I’d give it a chance.

If they’re doing this, I’m glad to see it will feature an established Superman and not rehash his origins or early career again. And Supergirl has carved out its own place in the Arrowverse, so I don’t see a problem with adding a Superman show to the mix. He’s got his own rogues gallery, his own supporting cast, and a different city to call home. Toss in the relationship with Lois and the baby on the way, and this show shouldn’t be any closer to Supergirl than The Flash is.

I’m very excited about this. As to it being too similar to Supergirl, my best guess is that the family dynamic adds a little something different, as @mrmiracle mentioned.

It’s his time to make a comeback. He needs to retake his top spot.

I’m not worried about it being too close to Supergirl.

Supergirl is the tale of a young millenial woman trying to find her place in the world. Superman is the story of a Gen X who is navigating adulthood and family life.

Aside from having the same powers the shows are different.

Batwoman, and Titans, and Watchmen-- OH MY! What's your TV? Life is a stream! TV & Originals

[screencapture-google-search-2019-10-28-16_24_58] Well,today there are rumors of a SUPERMANand LOIS LANE show for next season on the CW. How do feel about that? poll

Tyler is a great Superman. I have wanted more Superman and Supergirl crossovers so this could be something amazing.

Hopefully this also means that the Supergirl writers will focus more on Kara’s legacy and less on Kal’s.

I do realize that this may just as well signal the beginning of the death of the Supergirl series. It would be a shame, but at the same time I feel like the show is losing itself in relationship drama. The brainiac + nia and kelly + alex is eating time every episode and while side character romance plots might be a treasure trove for shippers it’s not for me.

A Superman show could center itself around the family and tell us kryptonian focused tales in a way that Supergirl with its ensemble cast often seems to struggle with.

Either way I’m happy to see a Superman show. He is after all my second favorite Kryptonian.

I think it’s very likely this will be the last season of Supergirl. From a corporate stand point it makes no sense to continue to produce a show that you can’t air on HBO Max. The new Superman show will end up on Max instead of Netflix. Look for most of the CW shows to be replaced in the next couple of years

Great idea and different from what’s been done

JLU didn’t happen within the last 10 years. It ended back in 2006. Superman also did have arcs in JL/JLU and focused episodes (For the Man Who Has Everything/the episodes where he gets sent into the future, and many others).

Superman/Clark has had multiple shows.
In the last 10 years, Superman has been in 27 animated movies.

I don’t think Superman really needs to make a comeback since he never left. I will still watch his show though. It will be refreshing having a CW show that doesn’t have love triangles and constant breakups.

I love this, always up for a new Superman or Superman related series, especially with Krypton sadly cancelled. (Season 2 was so good, such a shame).

But even so given it is a spin-off of the Arrowverse, which seems to be unable to make a failure (some whining the shows are “too political” insist they are failing… but the newest CW superhero show is Black Lightning with seasn 3, and all the Arrowverse shows are on at least season 5… yeah most shows wish they could fail that badly). And it’s Superman. Krypton sadly broke the 100% success record that Superman and Superman related shows have had up to this point. But a spin-off of Supergirl about Superman… sounds like a can’t miss formula.

Won’t lie… not sure I love the Lois Lane casting, but she will grow on me if the show is picked up I’m sure.