DC 2021 Comics Preview. What's coming and what to expect

DC Has a bold new 2021 ahead of us. 2021 launches with Future State before beginning a new era with Infinite Frontier. We know what the first 3 months will look like, and I have some predictions for the rest of the year.

January and February will be Future State. Imagine if the infinite frontier stories jumped 5+ canonical years into the future. This is a unique storytelling choice for the line as it will hint at a possible future of a run before the run itself even starts. In that sense, it’s almost like we will have 2 months of feelers and mood-pieces. Think about trailers that tell you nothing but give you a sense of the mood, only futuristic sci-fi. It’s a strange choice, but it looks like it will be really fun.

Most notable titles to watch: 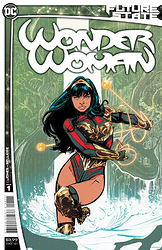 image600×923 431 KB
What is Yara Flor about? This is a character we know almost nothing about getting a CW TV show. Why? I don’t know. Hopefully, we find something cool in this comic! 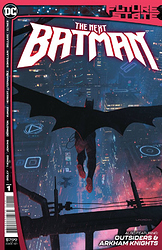 image600×923 348 KB
This is John Ridley’s first full issue on a main title. What is his dialog writing like? The Other History of DC Universe #1 is my favorite comic this year, but it’s very different from traditional comics. What will this look like?

What is the quality of the back-issues. A bunch of stories will be told in back issues, so I want to know what those stories are like. I they meaningful or random one-offs. Are they shorts? or multipart? I’m really curious to see what those stories are like, and given that Infinite Frontier is keeping a bunch of back-issues in their stories, I’m really curious to see what they are like and their quality. 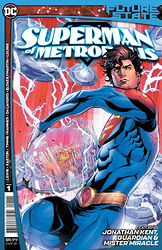 image600×923 509 KB
What is a Jon Kent Superman-like and does Phillip Kennedy Johnson’s writing work with Superman? This is maybe my top question going into week one of future state

Also to note: Generations: Shattered and Generations: Forged are coming soon, and I don’t know what to expect. How important will this story be? (We will find out Jan 5th).

Similarly Death Metal will end. What will the consequences of the book be?
March:
March begins DC’s Infinite Frontier Era, and I have a LOT of questions. I’m excited and nervous at the same time. If Infinite Frontier is amazing, we could be in for a VERY different DC Comics in the best way possible. If it’s bad and sales plummet, we could see DC Comics ignore the main comics more and focus more on OGN’s and Limited series. This is the first real test for the new DC Editorial Team. Similarly, how does Future State affect these books.

Important books to look at:

Justice League #59
This will be Bendis’s last big shot at a DC Book. If the book is great, Bendis will breathe a sigh of relief, but if fans don’t like it, I would expect Bendis to move to creator-owned stuff. His career will ride on this book. The stakes couldn’t be higher for him. HOWEVER, there are some good signs for the book. 1) This is Bendis’s ONLY book in March. This means that he will be focusing heavily on making this book as good as possible. When Bendis is writing 8 books, the quality suffers for obvious reasons. So hopefully, with only 1 book, he can make it really good.

Infinite Frontier #0
As far as I can tell, this is close to a book like Incoming, or DC Universe Rebirth #1 with Josh Williamson as the creative lead. What is this comic setting up? What will the first event be? What are long term plot points to look at? What does John’s Stargirl story mean for the DC Universe. What is happening with the JSA? Hopefully these questions and more get answered!

Joker #1
This was a choice. I don’t know what Tynion was thinking with this. I’m willing to go on the ride because I liked Punchline #1 a lot, but I don’t know what a Joker Comic would be like. It’s supposed to be a Jim Gordan focused story, so we shall see.

Superman #29 and Action Comics #1029
What is the Superman line like? What is the future for Jon post-Bendis? Will it be character-driven? Is it Action heavy? Will the characterization be good? It remains to be seen.

Post-March
We know DC has Geoffrey Thorne’s Green Lantern coming in April, and a Joelle Jones Wondergirl story is incoming, but what else can we expect? Snyder is working on a Nightwing Black Label book and there’s the rumored Wonder Woman Black Label. Will those come to fruition? Will we get DCeased 3, or more DCeased books?

Post-March we don’t have much to expect. Phillip Kennedy Johnson has a summer Superman event probably around the Superman #35 mark. What will the event be about? There are too many questions.

For now get excited and hyped 2021 will be a VERY different year for comics!!

Also to note: I’m excluding most of the non-main line stories, but there’s a bunch of stuff going on there.

I’m, personally, not the biggest Diana Prince fan, but Yara seems like she’s going to be great

To early to tell, but I’m definitely excited

Ones I’m definitely getting:

The rest I’m unsure on. I’ll either wait on good word of mouth to purchase, or I’ll just wait until it hits DCUI.

This is the first time I’m seeing those covers and I’m definitely a fan of the art styles there. Not something I usually put too much attention to, but they definitely caught my eye.

Thanks for keeping us all up to date on this stuff @Nathan.Payson!

Thanks, definitely a bookmark.