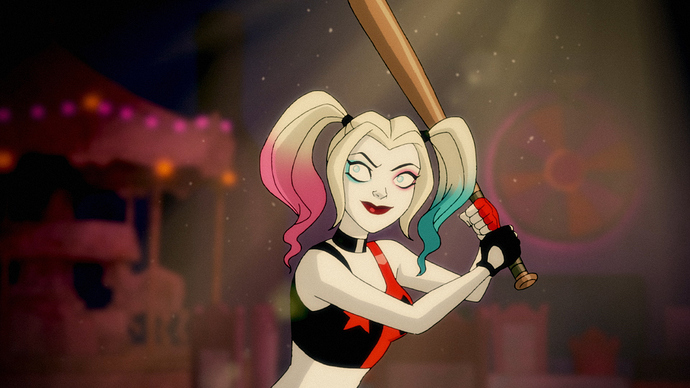 HARQ_671_C19b_0270%20(3)1920×1080 922 KB
Today, we discussed the much-anticipated, adult animated series, Harley Quinn! We all agreed that this is one series that we can’t wait to see! From the adult-theme and ultra-violence to the raunchy comedy and cast of supporting characters, the November 29th premiere can’t come soon enough. As Samm said, “I’m telling you people will be talking about this show as soon as it launches - they will be talking about it everywhere.”

We also have to give @Reaganfan78 another shout-out for the great suggestion! You heard it right from Sam’s mouth, he knows exactly the “when and where.” it’ll happen!

So, now that you know what we are excited about, we wanted to know what are you most excited about seeing in the new original Harley Quinn series coming to DC Universe?

What would make this show other worldly for me would be for one episode to be written by her creators Bruce Timm, and Paul Dini, that would just bring tears to my eyes.

Thankyou so much @DCDaily! I was thrill to even had my name mention on the show! I’m definitely will keep my eyes out for the comic!

Obviously DCU is no stranger to mature content, but seeing that sort of material in animated form will be a whole new kind of awesome. There’s so much more you can do w/ animation compared to live action, so those two elements combined w/ Harley’s natural insane charm should make for something truly special

@DCDaily DCU originals has certainly pushed the content envelope. However, animated TVMA is basically uncharted ground. So I am anxious to see how it goes. Even when you strip away the adult language and violence, it seems to have this “Theatre of the Absurd” flavor to it. Harley is a great character to play with in this space. Somehow I feel like the Marx Bros are looking down and smiling. (OK…I just pulled a Samm Levine and skewed this towards a much older demographic with that Marx Brothers reference.)