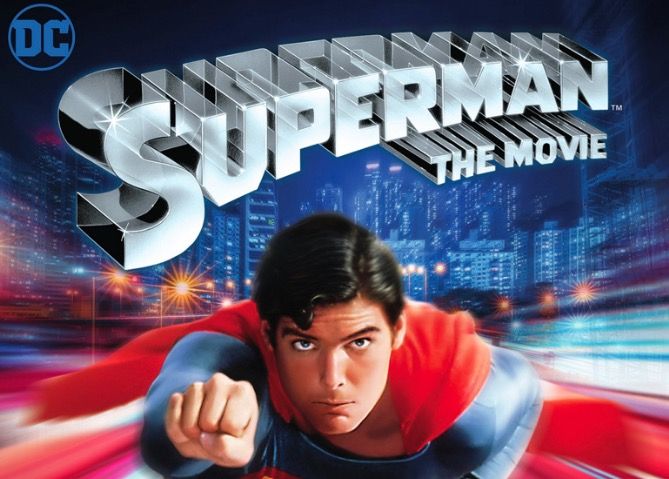 Superheroes have conquered the movies, selling $3.2 billion dollars’ worth at the U.S. box office in 2019, accounting for nearly 20% of ticket sales. The road to that dominance began on December 15th, 1978 when Superman: The Movie made audiences believe that a man could fly. Although the road to superheroes ruling the screen would be a long one, it begins here with the stirring score of John Williams, the vision of Richard Donner, camera and special effects innovations, and the charm and talent of a cast led by newcomer Christopher Reeve.
This month, the DC History Club will explore the two stories involving this movie, first the introduction of the last son of Krypton on the modern screen, and second the behind the scenes talent and drama of putting this movie together. Each week, we will focus in on a different portion of the film to help us examine everything from the title sequence, score, special effects, direction, actors, and more. And, as always we’ll of polls and a quiz. Please, join me @msgtv and our senior historian @TurokSonOfStone1950 for what should be a great month.

Week 2: Smallville and Fortress of Solitude

Week 3: Superman and the Daily Planet

-Research wiki: Add articles, videos, interviews and more from credible sources concerning anything to do with the making of Superman: The Movie. Senior Historian @TurokSonOfStone1950 has found a ton of good stuff, but there’s more out there. If you find something you think should be added, click on the wiki pencil in the top right hand corner of the post and add.

-Super Facts: Post any super facts you have related to Superman: The Movie.

-Behind the Scenes Photos: Who doesn’t love a good BTS pic? Post your favorites

Topic Suggestions Week 1, choose any or all of these topics or one of your own to discuss, no need to get them all just whatever interests you:

Remember, just grab those topics you want to talk about you don’t need to hit them all.

Overview:
Available here on DCU, this documentary covers Superman’s history. While we recommend the entire film, if you want just Superman: The Movie it begins at 48:00 and goes to 1:11 covering the entire
Franchise

A look at the drama behind the scenes 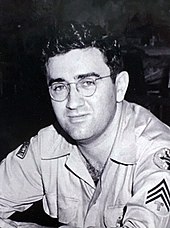 In the early 1930s, Jerry Siegel and Joe Shuster developed the fictional comic book character of Superman. In 1938, they sold the character to Detective Comics, Inc. (the corporate precursor to DC Comics). After Superman became a great success, the pair attempted to recover the rights to the character. This began a long chain of legal battles over ownership, royalties, and credit that would continue after their deaths. National Allied Publications was founded in 1934 by Malcolm Wheeler-Nicholson... 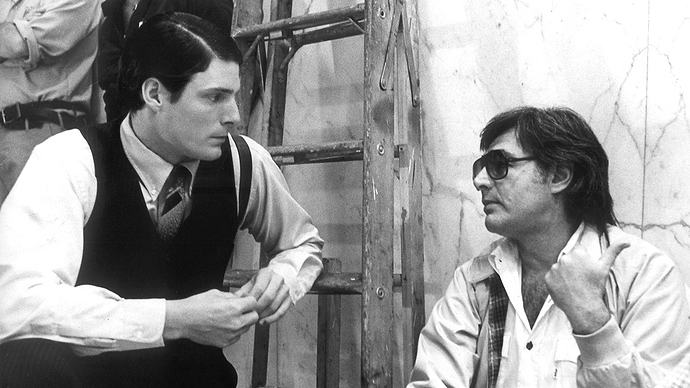 The famed director reveals how Marlon Brando wanted to play Jor-El as a "bagel," fights with his producer and how he discovered Christopher Reeve for the first-ever big-budget superhero movie. 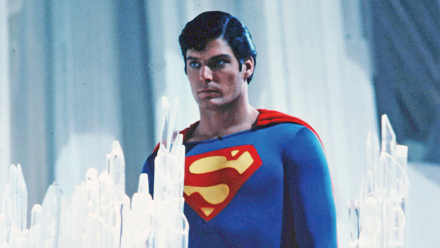 December marks the 40th anniversary of the “Superman” movie, which opened Dec. 15, 1978, and influenced generations of action films. In recent years, many people were distressed that Claire Foy was… 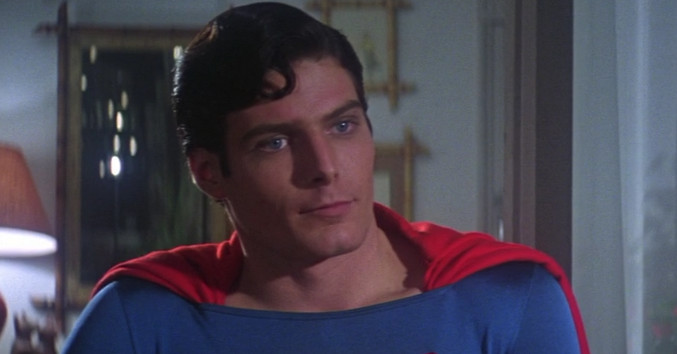 Christopher Reeve was magical, and this scene shows why 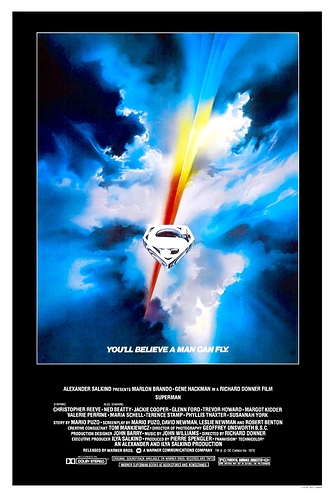 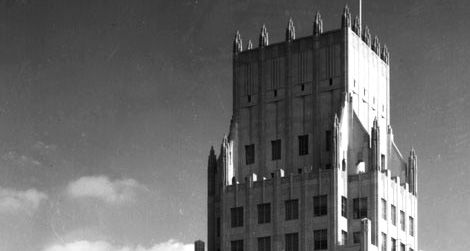 The Daily Planet in Film and Television 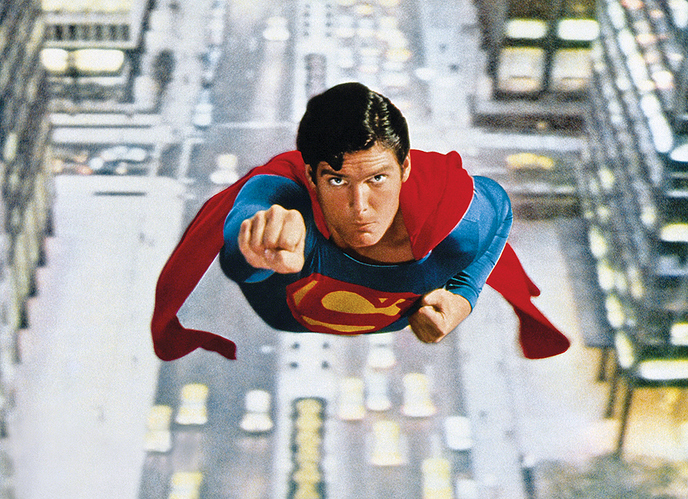 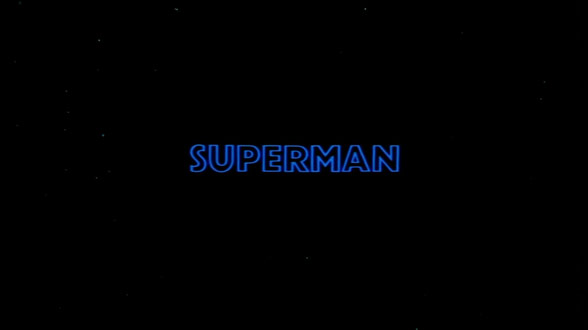 Beginning with Stop, a short film Richard Greenberg made in university in the late ’60s, the thread that would run most clearly throughout much of the title design of R/Greenberg Associates is a particular application of typography. Their first major... 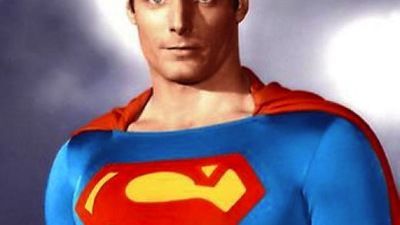 The first time we see Superman in his red, blue and yellow uniform is nearly an hour into "Superman." Perhaps the filmmakers agreed with Spielberg's famous statement that "Jaws" would work better the longer he kept the shark off the screen. That... 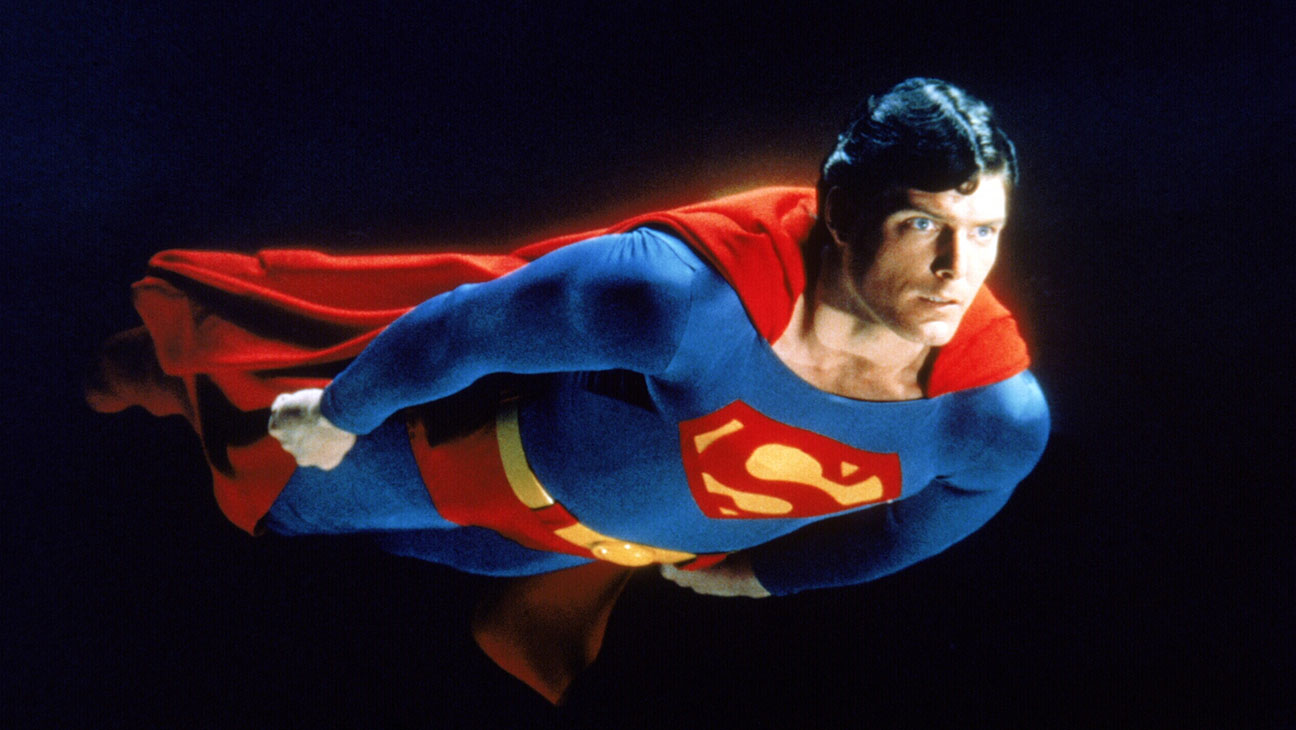 Why 'Superman' Is So Hard to Leave in the Past

Forty years ago, Richard Donner and Christopher Reeve made a superhero film that directors have been chasing for years, depicting who America was then — or at least who we wished to be.

Just Because, the musical It’s a Bird…it’s a Plane…it’s Superman

Think you know Superman: The Movie on the screen and behind the scenes? Take this quiz and find out how you rank.

Super Fact: When you get a clause named after you. The Salkind’s produced the successful Three Musketeers and its sequel the Four Musketeers: Milday’s Revenge shooting the movies back-to-back with the same cast and crew a strategy they employed with Superman: The Movie and Superman II. But, they did not tell those working on the Musketeers that it was two movies and only paid them for one. This resulted in the Screen Actor’s Guild introducing the “Salkind Clause” forbidding any filmmaker from dividing a film into two installments without contractual permission

Usually you have to purhase this
But it is on Youtube

So I am posting it here

2004 - 2013 Legal Proceedings Siegel heirs sue DC, after an inital agreement in 1997. Part of suit was that Superboy was not part of the original 10 year work for hire contract but an independent matter. That is why Superboy was not used by DC in this time period. A judge ruled in 2013 that the 1997 agreement had been done freely and with forethought. That agreement gave the Siegel heirs a $2 million advance, a $1 million non-recoupable signing bonus forgiveness of a previous $250,000 advance, a guarantee of $500,000 per year for 10 years, a 6 percent royalty of gross revenues, and various other royalties

In the early 1930s, Jerry Siegel and Joe Shuster developed the fictional comic book character of Superman. In 1938, they sold the character to Detective Comics, Inc. (the corporate precursor to DC Comics). After Superman became a great success, the pair attempted to recover the rights to the character. This began a long chain of legal battles over ownership, royalties, and credit that would continue after their deaths. National Allied Publications was founded in 1934 by Malcolm Wheeler-Nicholson...

Halfway through this now, very well done and interesting 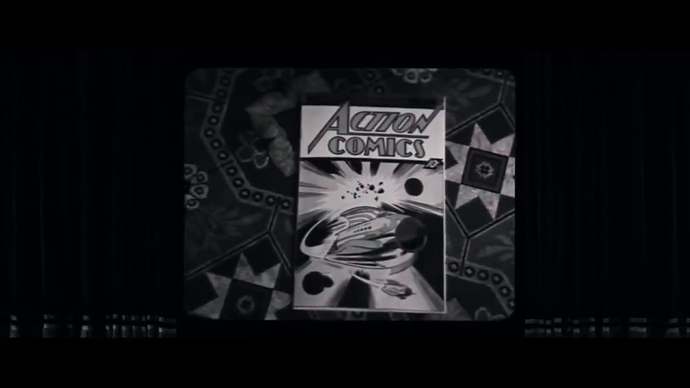 maxresdefault1280×720 57.7 KB
Movie intro: Black and white, a curtain opens on a movie screen (which even in 1978 was nearly extinct) and we get a voice over of 1938 and something of a mashup of the origin of Superman. The Action Comic, is not based on an actual comic, the Daily Planet will not exist for a few more years, but we see the comic book character Superman. The entire sequence is seen as if we are in a theater in 1938. Then the title sequence starts.
But, to what purpose? I’ve seen it compared to the Wizard of Oz, but the black and white of that movie represents Depression era Dustbowl Kansas juxtaposed against the Technicolor fantasy world of Oz. Is the Superman story that’s coming fantasy? Superman tell Lois that Peter Pan is fantasy when she compares his flying to Peter’s, implying that this is real life. Nothing in this movie is played other than this is our world, just happens to have Superman in it.
I image they were trying to tie the story to the character everyone knew and a simpler time, but that seems disconnected from the rest of the film. I’m not sure what they were going for, but for me one of the few misses in this movie.
2 Likes
TurokSonOfStone1950 May 3, 2020, 2:33am #11

The film of the black-and-white sequence that opens the movie is shown in reverse. The sequence was filmed starting with a close-up of the Daily Planet panel followed by a zoom-out. Then the child’s hand turns each page left-to-right, then closes the cover. (As the child turns each page and then closes the cover, notice that the corners fold in the opposite direction of how they should fold.)

I dont see Superman in the comic book pages but my vision is weak.

Part of the whole approach of the film.was to delay the appearance of Superman until around 48 minutes into the movie. His name is delayed even further.

Partially they were trying to emulate the first blockbuster Jaws, where the actual appearance of the shark is delayed again and again.

The comic book cover is fake.

If the intro is taken literally, the comic is about the Daily Planet, which is presented at being like the New York.Titles.

When we get to the actual Daily Planet, the enphasis is to get the story, to have the greatest circulation with sensational story, not truth and justice.

I think the sequence of images wanted is

The events in Krypton may have happened long ago, in 1938 or earlier.
John Byrne later had the rocket lauch in 1938. In Man of Steel

The globe of the Daily Planet,
Is a representational of the planet Earth
Is contrasted by the planet Krypton

On the topic of the Main Main Theme also called the Superman March there’s a couple of points that stand out to me. First, it’s a march so you get that 1,2,1,2 like in the Star Wars theme. There’s something about the rhythm of a march that really connects, particularly when you pair it with a strong memory like that of this movie. I don’t know if I’d feel this way without that connection, but these theme feels like flying to me.

Re the Williams music at the beginning

Even though there were no lyrics

Back in Community 1.0
@MissInkBlot
In a writing assignment
Asked us to write lyrics
To this music

Here is my pathetic results

He come from the sky.

Who is loved by all
Who comes down from above

Need to get the Kryptonian council as a chorus for that

Introduction: What does the black and white introduction add to the movie? What tone, storyline, or other element does it establish in the mind of the viewer?

I’m actually quite fond of that opening. It starts the film in the Academy ratio, which is how people would have experienced Superman on both the big and small screens up to this point. It evokes the feel of an old movie serial while also drawing connections to the original Golden Age comics. And then the curtains open us to a widescreen aspect ratio, and we get these luxurious big-budget 1970s credits set against the cosmos.

Sometimes it is best to see things in the simplest clearest manner.

The
Here is the old
Now this is the new

Is the best way
To explain.the opening

Which is, after all only a few minutes long.

It is best not to overthink the intro.

I stand convicted of over-thinking things.
The change in ratio hadn’t even dawned on me.

Wanted to post something about the title sequence so read the article in the research wiki about Art of the Title. Most of how they actually created the effect went over my head. But, I do know zero computer effects, they created the swooshing by moving a camera and blue gel and other technical stuff.
The story behind it is great. Richard and Robert Greenberg had studied film and Superman The Movie was their first big job. An ad agency was tapped with the title design and were given the idea of streaking titles. The Greenberg’s said they knew how to do that. They were lying. But, the got the job and figured it out by “putting a negative and positive Kodalith together with a blue gel in between” then zooming a camera.

Love this one! may take me a while to do this one