If you mean ‘well written’ I agree they help 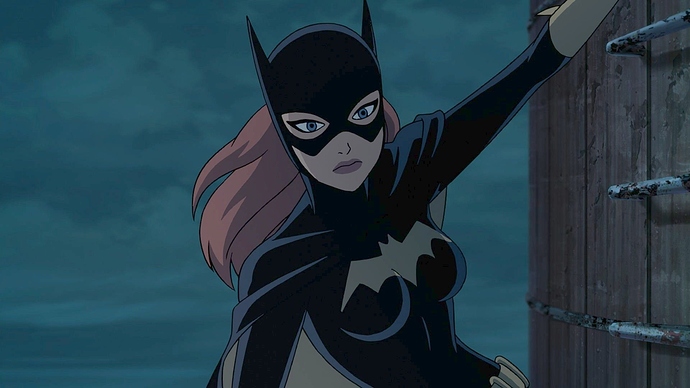 Hot Take: I would like there to be a Batgirl film made.

Hotter Take: Seeing a respectful and true Oracle adaption and her founding of the Birds of Prey.

As excited as I am for The Suicide Squad (and I am!) it’s insane to me that Peacemaker is getting a live-action adaptation before the Question.

I’m in total agreement with you on this @Nether-Lohengrin. The Question is so very long overdue for his own starring vehicle, either feature film or (even better) a streaming series.

Hot Take: I would like there to be a Batgirl film made. 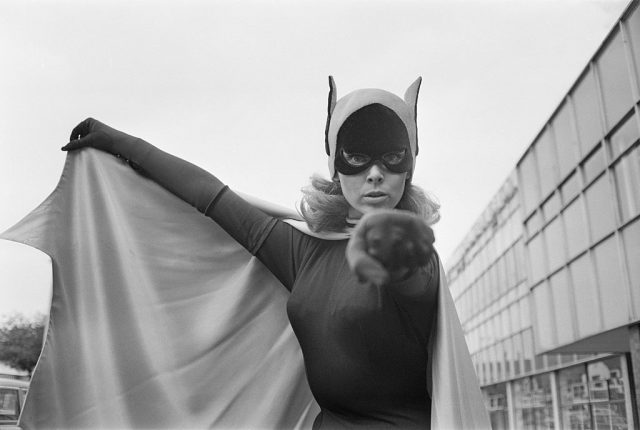 'Batgirl': Everything We Know About the DC Extended Universe Movie So Far

Warner Bros is reportedly still developing a 'Batgirl' movie. Here's what we know about the production so far.

Thanks for the link!

No real news there. I’m surprised there is a writer without a director

I agree about streaming series being even better than movies for giving proper treatment to characters. I never saw either of the Swamp Thing movies but can’t imagine they would be anything but a letdown after seeing the DCU series. I heard Barbara Gordon was going to appear on Titans but I’d much rather have a Batgirl series than a movie.

I think in general, big budget movies are not necessarily the best medium for super-heroes, because every story needs to be such a Big Deal, they can’t really reflect the typically lower-stakes source material of super-hero comics. Even when there are high stakes Events in comics, there’s plenty of time between them to react to their fallout and for the characters to catch their breath. You don’t and can’t get that in a medium where by necessity, every single installment in a story is an Event.

…but I still like movies though. The budgets are almost required to make super-heroes look as amazing as possible, and I’m awful at watching TV and coming back for new episodes all the time, so… eh. There’s ups and downs.

I thought Man of Steel was a great Superman film, & had no problems with him Killing Zod.

Birds of Prey wasn’t has bad the every one makes it out to be, it just wasn’t that good either, a fun watch but only for Harley.

Batman vs Robin was a terrible animated film.

Raven and Damion Wayne in the Animated DC films is just weird.

I know it hasn’t gotten perfect reception, but I also got the sense that most people who saw it enjoyed it, it’s just that not a ton of people saw it compared to other recent DC movies

Birds of Prey wasn’t has bad the every one makes it out to be, it just wasn’t that good either, a fun watch but only for Harley.

I liked it. I didn’t get to see it on the big screen. But I own a digital copy thanks to the rewards program. I’ve watched it a couple of times. It’s not Citizen Kane. But it’s a fun movie.

I’ve seen a lot of people really trashing Birds of Prey on the grounds that a good number of the characters aren’t that similar to their comic counterparts - which is true, it just didn’t bother me that much. Harley is pitch perfect and the movie is so gleefully sociopathic, it’s just a delight to watch for me.

While Man of Steel and Batman v Superman are two of my favorite super-hero movies of all time (like @RootBeerMaster said, Superman’s revival was epic!) I also think that Birds of Prey is the single most fun DC movie ever made.

My single greatest hope for DC’s future in film is for more Cavill and Adams Superman movies - directed by somebody other than Zack Snyder, without tossing out his groundwork on the characters. I like Snyder, but I think after ZSJL, I’ll have seen his vision to the extent that I want to see it - but I’ll still not have seen Cavill and Adams in the bombastic crowd-pleaser that they deserve.

I actually thought the characters were more comic-accurate than it seemed they were gonna be, w/ Cass being the obvious exception. It’s not like they’re all ripped straight from the page, but there was more than enough accuracy to appreciate them while also still enjoying most of the changes made

I agree with you on Birds of Prey. To me, it’s a movie that does fit more of Harley’s tone and point of view, hence why it’s supposed to be not serious and more fun. Yes the Birds of Prey don’t officially come together until the end, but I think that was the point. One thing that people (in my opinion) seem to forget is that BoP introduced these new characters into its universe, like how SS introduced the version of Harley into the DCEU. This was the introduction for Black Canary, Huntress, Renee, and Cass, which I hope will lead into more direction in the future (and hopefully they can set Cass up to go into a more accurate path, but we shall see, it could be just a different origin for her, cause some movies do that). Sure, while BoP may not be for everyone, it was a nice change of pace. A lot of movies have the heroes in this costume, fighting the bad guy/saving the world, and has a serious tone, this was different. This was “we need to take down Roman- oh, by the way, I LOVE the high kick you did those tight pants guuurrrrl, Morning margaritas!” and such. It was different, it was colorful, and well, it’s Harley, of course it’s going to have a different style and approach.

I s’pose this is my hot take: I thought it was the reverse lol, the action scenes and cast performances being the worst for me, it was just kind of a visual mess to me. I enjoyed the story (though actually, yeah, I definitely admit there were down spots), and there are a few moments and lines that are ruined by the performances or such. It ends up just being a… ok movie for me.
Just my opinion though.

Maybe I’m dense, but after reading these posts I realize that Zod needed to die for the BvS storyline. Kal killed Zod, and there were consequences. Zod resurfaces as Doomsday to kill Kal.

BvS Ultimate Edition is the best DC movie ever.