Oh man! This is VERY good news! Can’t wait to get started on the next batch!

Starting a bit late, but am I correct to assume this carries over to 2020?

You have until September!

HubCity is correct, @Anonymousbluebeetle! While I will be giving out the new prompts for 2020. Year 1 prompts go until September due to when they started. You can be working on both or either independently. This is just a fun explore the library challenge. Speaking of fun, exploring the library challenges, I may have another one I may be starting on January 1st. We shall see. It will require knowing where the edit button is though Hehehe

The DC Universe service has a massively large comic book library just waiting to be explored and discovered. This challenge explores that library through prompts given to interact with it. Remember first and foremost, this is just a fun community activity to get us exploring our passion of comics!

Like the 2019 challenge, this year has 25 prompts to get us searching through the comic library. Some prompts are pretty straightforward, while others are open to your own interpretation or desires. There are generally choices within each prompt to allow you to explore in your own way, but this year some are pretty direct as well. There are no real rules other than the constraints placed on you by the prompt. If you feel something meets the prompt, you don’t need to ask because the answer is yes! I am also doing the challenge along with any of you that join up, so I’ll also see you at the finish line.

Feel free to continue doing the 2019 challenge above as well! @TornadoSoup has also started a tracking your comics thread you may want to look at it you are doing this challenge. Find it here: 2020 Comic Reading Challenge There will also be the announcement of another challenge that I am starting up soon as well. Look forward to reading with you this year.

My favorite Reading Club in DC Universe is BACK! So excited to get started on this, and happy to give out recommendations for all who reach Challenge #6.

This is kind of like a multiple vitamin for comic book Excellence internally or like having a comic book literature exercise coach!!!

Thanks @PrincessAmethyst… according to my vast math skills , this would be like an every other week Club!!! I shall forthwith bookmark thee, oh Thread!

@dogwelder9, that is awesome that you have read so many comics! You can still do the ones you haven’t. Also I don’t want you to think narrowly about the prompts. So you have read every issue of the series Deadman has been featured in? Look at this list and tell me if that is true

It isn’t just titles with his name featured in it.
Here is a list of some other places he has appeared: 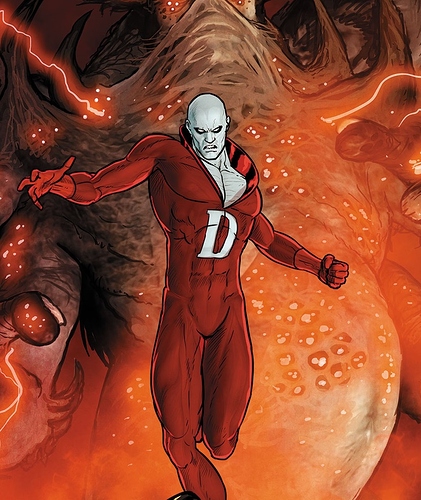 @DeadmanBrand have you returned from The Ether yet?

Glad I could help you out with the prompt!

Wow it’s been a while since I devoted time to reading comics >__> I still want to attempt this challenge before time runs out in September (and then on to 2020’s challenge! lol).

Firstly, this is a gorgeous and sometimes grotesque series of 12 issues. I’ve always been fascinated by Zatanna but regrettably she isn’t in a lot of things! I’d never read this series before, except for parts of the very first and last issues, so I was excited to finally read the entire thing.

This is our introduction to what Zatanna Zatara is all about. She’s a stage performer who uses magic to make her living, and works as an on-call member of the Justice League. In these first three issues she’s asked by the police to help investigate some awful murders. She finds out that Brother Night and his henchpeople were responsible, and immediately transports herself to wherever they are to confront him. I like her direct approach to problem solving. She’s able to counter and reverse whatever Brother Night throws at her, through nightmares and emotional trauma, because she makes the right connections and really cares about righting the wrongs caused by magic.

These three issues are set in Las Vegas, and feature an appearance by Zatanna’s cousin Zachary as well as the demon god of avarice and his acolytes. I’ve seen Zach in a different series so I was pleasantly surprised to see him here. For the second time in the series there is a part where Zatanna hauls off and punches someone instead of using magic, which I find really amusing. They also talk about Zatanna’s opinion that magic should only be used defensively (and on stage) but she does make exceptions. Zach and Zee have a pretty funny argument about money as they’re running for their lives. And there’s a bar in Hell where they show creatures shooting pool, but the illuminated bottles on the wall aren’t booze, they’re people’s souls. I just liked that imagery.

We lost Paul Dini as the writer, which makes me sad.

For this challenge, I read the following Elseworlds titles:

BATMAN: IN DARKEST KNIGHT. The story of a world where the mythologies of Batman and Green Lantern are forged into one. It started off with an interestingly straightforward premise- “What if Bruce Wayne got Abin Sur’s ring right before the bat crashed through his window?” But once Sinestro started adopting the mannerisms of The Joker and creating new mashups of other Batman/GL characters, it all started to seem a little indulgent. Like a lot of these choices wouldn’t make sense if not for your pre-existing familiarity with both sets of characters. But hey, Bruce’s GL costume is great.

BATMAN: I, JOKER. When BATMAN: THE WHITE KNIGHT was being billed as a story where Joker was a hero and Batman was the villain, I couldn’t help but think, “Haven’t we done this before?” I, JOKER is that story, but one set in a dystopian future long after the original Dark Knight and Clown Prince have passed on, their legends transmuting and perverting over the ravages of time — where the duel of Batman and Joker is forever re-enacted as a grand circus for the masses. There’s some social commentary in there somewhere. Maybe it’s no Aldous Huxley, but it’s at least good enough to be a Black Mirror.

ELSEWORLD’S FINEST #1-2. Now this is an Elseworlds story! Set in 1928, this two-fisted tale reimagines the adventures of Bruce Wayne and Clark Kent as pulpy serial heroes of old, the type who inspired the rise of superheroes in the first place. As they clash with the likes of Lex Luthor and Ra’s al Ghul, Clark’s childhood sweetheart Lana Lang provides narration for the globe trotting adventure. The best of the three!

I started to go with “Batman: In Darkest Knight” but instead went with “The Green Lantern: Evil’s Might”. I am currently reading this. So far I am enjoying it. It sounds like I made a good choice on not reading In Darkest Knight based on how you describe it. Dodged a bullet. Not my type of story. Can’t wait to hear more about the books you read for this!

Read all issues of a series featuring Deadman.

For this challenge, I read Neal Adams’ DEADMAN (2017), a follow-up of sorts to his infamous BATMAN: ODYSSEY series. I came into this prepared for an extremely weird time, and as always, Adams delivered the weirdness. Adams’ dialogue isn’t exactly natural by any means, but it does cast a sort of hypnotic spell in its irregular cadence. Everyone speaks as if not just English but humanity itself is foreign to them. Neal Adams is rightfully a legend, and an extremely creative individual, but… he is not a writer. So when he’s given complete control of a story, you’re in for some Strange Adventures.