DC Universe Community Roll Call: Tell Us About Yourself!

Knew I liked you and TheWifeofJasonTodd
Here’s my card. 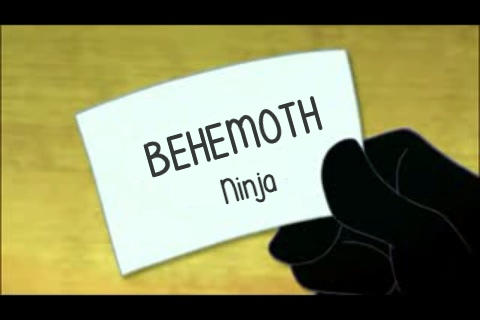 Where are you from? New York, USA
What or who got you into comics? Batman '89
Do you have a favorite DC character, either superhero or villain? Rorschach, Bane, Batman, Flash, and Katana are my favorite characters from DC. I mostly read Batman & Flash comics with DC.
What comic, TV show, or movie do you recommend to people who have never read comics before? As a big Bane fan I would recommend Knightfall, plus Batman: Year One, Long Halloween, & Court of Owls for comics. Watchmen, The Dark Knight, & Batman '89 are my favorite DC films.
What’s your perfect casting of your favorite character? Jackie Earle Haley was perfect as Walter Kovacs/Rorschach and I was lucky enough to meet him last year. Tom Hardy was a good casting for Bane but I just really disliked the alien face-hugger mask. I’m a fan of the Lucha mask.
What are some of your other, non-DC interests? With comics I’m a big fan of Wolverine, Daredevil, X-Men, Hellboy, G.I. Joe, & The Goon. Outside of comics I love movies, billiards, poker, & dogs. I am also an autograph collector and have attended many conventions (mostly comic & horror) and have met many celebrities, commissioned art, and cosplayed.
Do you accept pineapple on your pizza? No.

@IrishX It’s great to have you here! I loved Batman '89, and still do. I also am a big X-Men fan, especially lately. And a big dog fan.

Please let us know if we can help you with anything!

Where are you from?

I was born in Austin Texas, but have living in Frisco Texas for as long as I can remember.

What or who got you into comics?

When I was a kid, I remember getting a box set of the four Batman movies at a half priced books. I also grew up when the first Lego Batman game came out. (I’m 16, soon to be 17)

Do you have a favorite DC character, either superhero or villain?

I grew up on Batman, but my favorite characters are definitely Batman’s rogues, and the Suicide Squad. I also love the magical and gothic characters of the DC universe.

What comic, TV show, or movie do you recommend to people who have never read comics before?

Best thing for new readers to read is the Injustice comics. First comic I’ve ever read, and doesn’t require you to know a lot about the characters beforehand. It’s also an extremely fun series with great cinematic elements.

What’s your perfect casting of your favorite character?

Aaron Eckhart is criminally under-rated as Two-Face. He and Gary Oldman’s Gordon get overshadowed while both delivering amazing performances.

What are some of your other, non-DC interests?

I am a huge fan of stand-up comedy and comedy in general. I have been learning script writing and have been attempting to write scripts. Hope to work in that industry when I’m older. I am also a DND player, and love story telling.

Do you accept pineapple on your pizza?

I don’t like it, but if you like it, rock on! Do whatever you want as long as you aren’t hurting the people around you!

Welcome! We seem to be getting an influx or people from Texas here, @Behemoth will be so happy! We’re super glad to have you here with us.

I’m with you on magical and gothic characters, I LOVE them!

Do you have a favorite comedian? There are so many amazing ones to choose from.

I don’t like it, but if you like it, rock on! Do whatever you want as long as you aren’t hurting the people around you!

I’ll really watch anyone or anything. I’ve been watching some Ron Funches because I love him as King Shark. I’m a big fan of Daniel Sloss, Jim Jeffries, Dave Chappelle, anyone really. I’m also a big fan of Its Always Sunny In Philadelphia, and Community. I’m watching 30 Rock for the first time now as well. Anyone else got any favorite stand-ups or sitcoms?

My favorite sitcom and TV show of all-time is Trailer Park Boys. I’m sure it’s not for everyone though.

I love stand-up comedy as well. Lately been watching Andrew Schulz who does some of the best crowd work I’ve ever seen.

Where are you from?

What or who got you into comics?

Do you have a favorite DC character, either superhero or villain?

What comic, TV show, or movie do you recommend to people who have never read comics before?

What’s your perfect casting of your favorite character?

What are some of your other, non-DC interests?

Do you accept pineapple on your pizza?

*California
*Borders book store. They’re used to be one by me and they had a huge collection of graphic novels, before I read American comic books I only read Manga like Rurounie Kenshin, Dragon Ball and Death Note. When I turned 12 is when I got into American comic books, first issue I ever got was Spawn

Hello from Runge, TX! Superman was my 1st fave and always will be. I had the entire 1940s cartoons on tape. And the original Superman films. Batman 89 I was 5 and it blew me away. I also love the original Batman and Robin film with Adam West. I always loved The Flash. I remember the show as a kid. As a grown up I didnt watch much TV but when I met my wife she introduced me to the CW show and I was a kid again. I believe that The Flash shouldve been responsible for the Dark Knight Metal series as he was the only one who could travel to different universes through the speed force, but who am I to decide. Its still and awesome set of stories. All hail The Flash! She even got me back into my comics collecting again. My greatest comics were my Death of Superman original printings(had 2 copies of every issue). And many more comics to list. She doesn’t read them but loves the shows and movies and we make great memories watching them as I explain my childhood memories when a character appears. I love pro wrestling and baseball, and me and the wife have a careers of working in corrections. Its no Arkham Asylum but still its dangerous work. We are a happy family who work hard and hope our children will enjoy what we enjoy.

Welcome mate. Sounds like we have similar likes in Flash and Batman. That’s a tough job. Stay safe.

I know I’ve already seen you around the forums, but welcome!! I love Kaley Cuoco as HQ, I was hesitant at first but I think she is amazing!

Hi @crestinogarcia13! SO much yes to Batman '89! AND… another Flash fan! I totally love how you and your wife can make amazing memories surrounded around comics, it’s beautiful!!

Thank you both for sharing! We look forward to seeing your around the community more!