My most memorable moment in this series was when Pat gave her the cosmic belt it was a heart warming moment between them and because he saw that she could and already was carrying on the tradition of the Star Spangled Kid.

Some of my favorite panels are

I loved all your panels too!

When Courtney and Pat were driving

I think this moment captured the fun, rebellious, loving, family spirit of the series. Loved this panel. 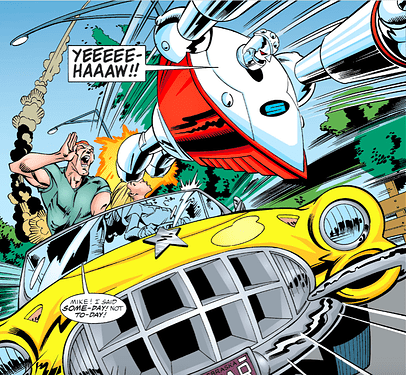 Some moments that I hope to see after reading this series are The Shining Knight, her mom finding out about Pat’s secret life, and seeing Paintball sometime in the series.

If we see Paintball, I’m gonna scream in excitement. He’s such a unique character.

Thanks for reading along and joining the discussion on this Epic adventure!

I also enjoyed these moments throughout the series.

A nice way to end this series now that they have their own hero. 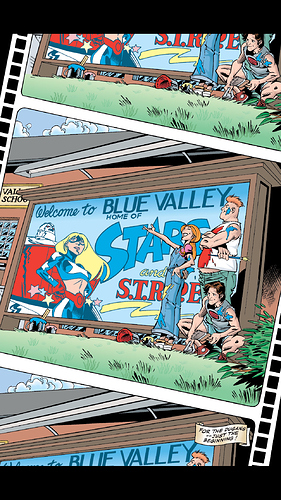 This one stings a little because I’m over thirty and it’s like she thinks some at least that age is ancient. 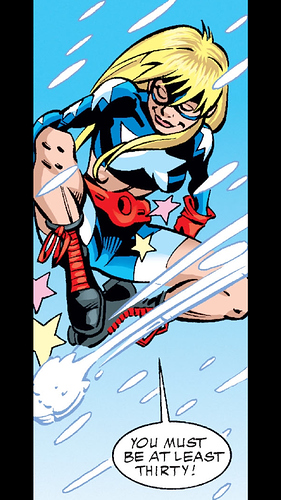 This one stings a little because I’m over thirty and it’s like she thinks some at least that age is ancient.

That one stung me too!

Thanks again to everyone for joining in on this Epic adventure!

My most memorable moment would be the Shining Knight vs. The Dragon King. 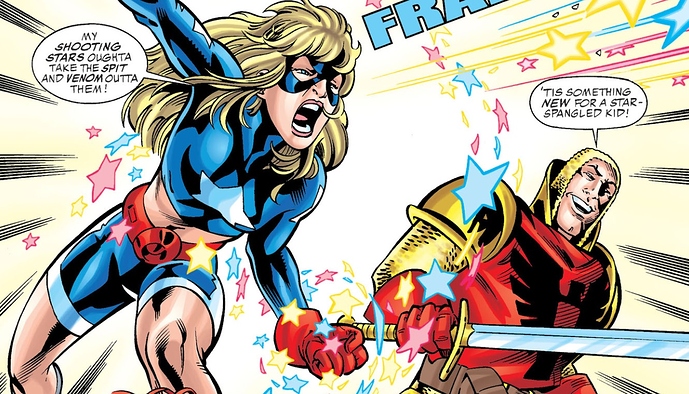 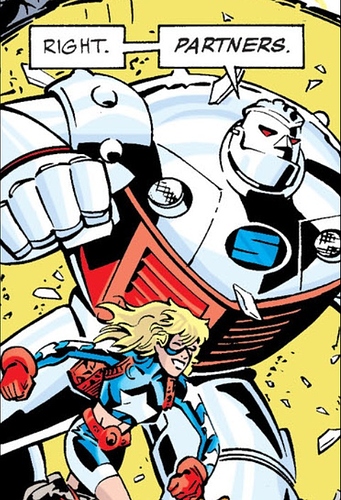 Boys will be boys, wait a minute? 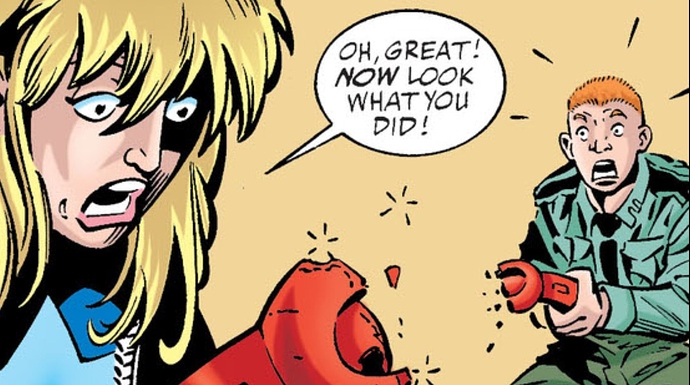 The Batman and Superman stickers on the fridge are a nice touch Courtney. 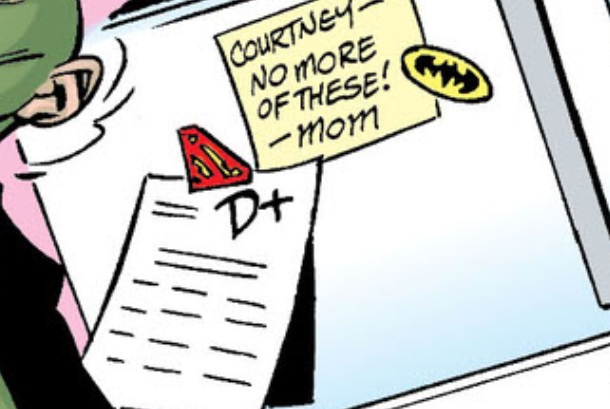 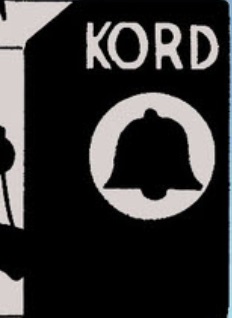 Pat being nice to Courtney and seeing her character change. 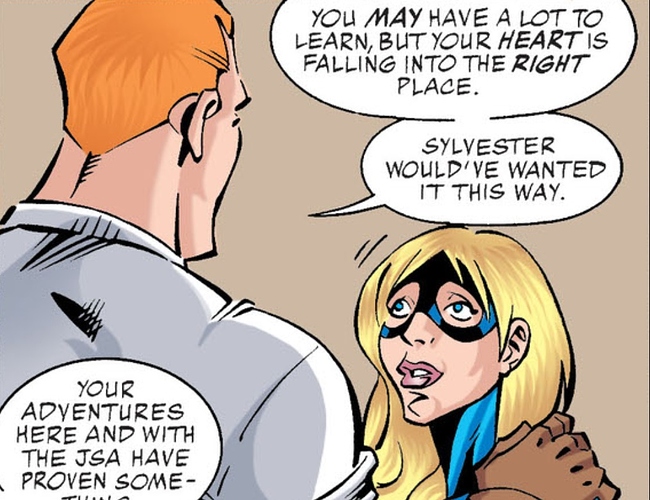 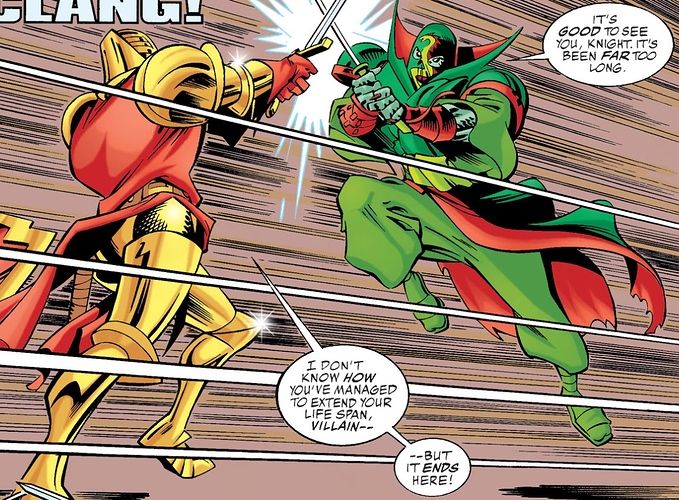 Uh-oh S.T.R.I.P.E. you got an brainwashed teen coming after you! 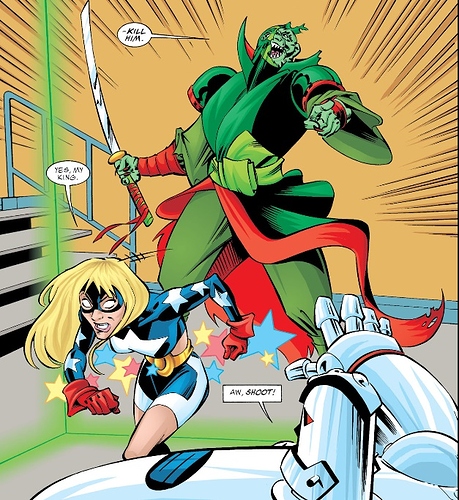 I mean, come on! A horse vs dragon battle looks epic! 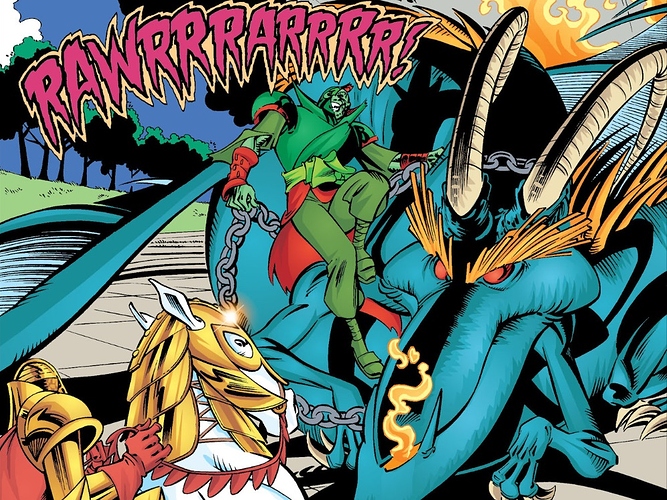 This panel is just awesome with all the Justice Society of America kicking butt! 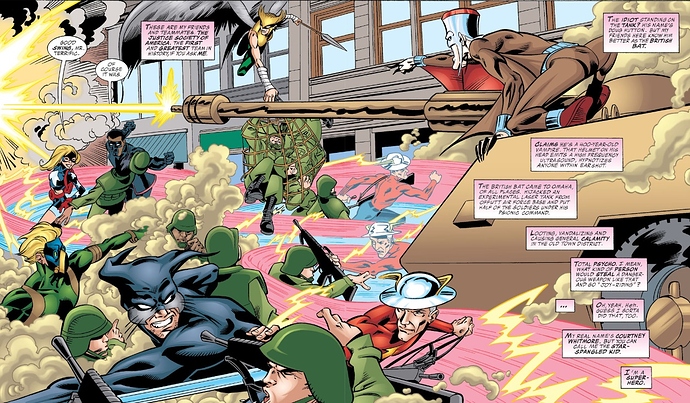 I hope they adapt the Shining Knight and Dragon King battle into the TV series as well as letting Courtney use a Cosmic Converter Belt instead of a Cosmic Staff.

He totally does! I missed that expression.

I missed this too - great catch!

I mean, come on! A horse vs dragon battle looks epic!

I really enjoyed all of your panels and comments! Thanks for sharing and for joining the discussion!