World’s Finest is the New 52 title PG and Huntress were in. The last arc featured Superman and Batman; Earth 2 flavors I think.

PG isn’t in The Terrifics. I’d say who Terrific is remembering but I don’t want to spoil it.

This is my first reading of her, and I’m excited to check it out, I have heard of her thiugh, through discussions with friends and he being an alternate bio in injustice 2

@Steeltanner9
Thanks for joining us. I look forward to hearing your thoughts on the series.

This is my first time ever reading power girl. I have seen her in comic shops and I am looking forward to reading about her.

@sdoll
Thanks for sharing and joining us. It’s cool to see there are a mix of people who have and have not read Power Girl. I’m looking forward to our spoiler discussion this weekend.

She is one of three young heroes, including Robin and Star Spangled Kid, that joined with six members of the older Justice Society. This comic was located on Earth 2, until the crisis, and then the Society was part of Earth 1’s history.

She continued as a member of the Society, until it was rebooted, as all young heroes on Earth 2. She and Helena Wayne were transfered to Earth One.

Power Girl interacted very well with Supergirl in Supergirl 19 and 20, where she got her original costume back.

PG is best with other women, and thrived with her friendship with Helena Wayne. They treated each other as sisters, and there are aspects of their relationship that correspond. To Alex and Kara in the Supergirl TV show.

She is very intelligent, although I never saw her invent anything. It is not clear to me when she left Krypton. In the Earth 2 series in New 52, She was raised by Lois Lane and Clark Kent.

But that is a different PG.

@TurokSonOfStone1950
Thanks for sharing. It’s really cool that you saw Power Girl in her debut comic!

Now that I’ve read some of the issues, I can answer #3. I describe her personality as:

I’m actually really excited to get into this reading as I haven’t read very many stories centered around female comic characters, and I’ve made it my goal this year to fix that. I really wanna analyze the portrayal of women in comics as like a theme(I study comics in my free time, but I’m also going to get a degree for it as well). I’ve bought like a bunch of Supergirl and I downloaded the Batgirl series but I haven’t had a chance to open them yet. I’ve also got Huntress Year One, and like the first Harley Quinn omni. What are some other great characters that you would suggest I check out? I really wanted to read more of Vixen this year as well but I haven’t found too many works with her featured. I haven’t read a power girl comic yet, and I’ve only read like 2 comics with Supergirl in them, one being from like the original Legion of Superheroes and the other I think being from like a new 52 Superman comic or something more modern, but not really centered around Supergirl😅
So, I’m really excited because it’s gonna be really fun, but I also expect a bit of disappointment, but we’ll see.
Also, are there any good female comic artists and writers that you recommend I check out??? I’ve heard of Gail Simone and she’s on my list and I think a couple others but I wanted to get a solid reading list.
Thank you all, and I’m really eager to hear your opinions about the reading as well!!!

@Yazov, regarding books written and illustrated by women, anything by Gail Simone is a treat. I haven’t read everything she’s done, but I have read alot of it and enjoyed it very much.

Marguerite Bennett did solid work on the N52 Batgirl, Earth 2: World’s End, Rebirth Batwoman, DC Comics Bombshells and Bombshells United series. Hope Larson was on the Rebirth Batgirl series and Louise Simonson had an incredible run on Superman: The Man of Steel too.

Nicola Scott is an excellent artist as is Amanda Conner (of Power Girl fame but also known for Harley Quinn and other titles). I’m stumped at the moment for other notable female artists offhand, but I know there are several other luminaries in the DC fold.

@Yazov
Thanks for sharing - I love your area of study!

I look forward to hearing your thoughts on Power Girl.

I love Power Girl always one of my Fav DC Super heroines! 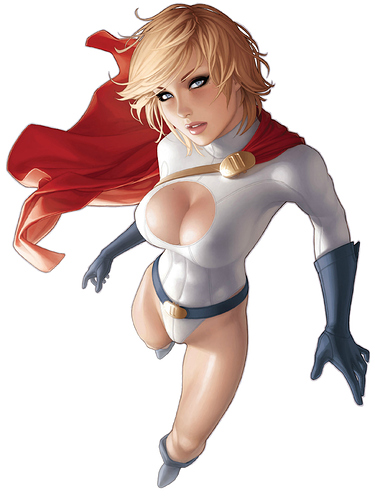 Yazov, if you are interested in studying women in comics, and in particular the DCU, New 52 Catwoman isa must! I feel like this portrayal of the character really brought Catwoman into her own for the first time. Of course I am a huge fan of the entire New 52 era so my opinions may be just a tad bit biased haha; but I really do think that the new death of the Catwoman character that we saw in the New 52 series is in no small part what brought us to the dynamic Catwoman that we are currently following through the pages of DC Rebirth. If not for the masterful charater development of Catwoman that we saw in New 52, I think that we very well could be looking at a whole different landscape in Rebirth.

@Yazov, you must also check out the recent Batwoman runs, namely the Detective Comics run “Elegy”/“Go” (issues 854 to 860) and her solo series which then ran for 41 issues plus two annuals. Amazing stuff. Some of it is here on DCU, not not all.

Thanks @MattMcDonald. I’m enjoying it too. IMO her personality really shines through in this series.

Amanda Conner (who did this books art!)

Just a few that came to mind!

Speaking of, Kelly Sue Deconnick is another good one, who actually got Carol Danvers into the Captain Marvel role. She also has a lot of creator owned work (my favorite being Pretty Deadly), and she has some DC work on the way, picking up Aquaman this month and a Wonder Woman Black Label book coming soon.

Margarine Bennet is another good one, she wrote the DC Bombshells series as well as the Rebirth era Batwoman book.

Read all issues 1-27 and enjoyed every minute of it.