Debate: Which Flash Is the Best?

When does it say godspeed wasnt ready to “tackle” impulse?

When does it say godspeed wasnt ready to tackle impulse? I dont recall that ever being said.

Sorry for the repeat.

@kingofspeedsters I forgive you for the span lol. Also, I love Wally’s rebirth costume too! I actually have a t-shirt with his “new” logo on it, and I was contemplating getting Tom King to sign it at Awesome Con last weekend haha

I loved it when Barry became a Blue Bro 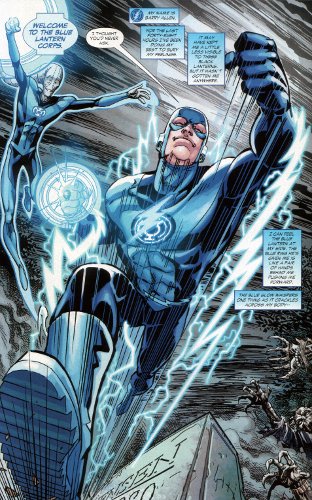 @kingofspeedsters Yeah, before that though, at a local con (just after Heroes in Crisis #1 came out) I went up to him to get my copy of the book signed while wearing that shirt (as a joke) and he asked me who my favorite superhero was, and, obviously, I just point to my shirt while giving him a death glare, and he just goes “Oh s**t!”

Stupid question does John Foxx count as a Flash he was the blue and silver Flash during the End of Waids run an and start of Johns run.

Sure. If anyone took up the mantle of The Flash that I didn’t mention, their still in the running. (pun intended)

Barry always seemed like the kindest and nicest person to me. He actually cared for the people he saved.

It was in The Flash Annual. Impulse intercepts Godspeed…and agitates him.

@iamthefutureflash
That’s was in rebirth?

Wally is definitely my favorite and the best in my opinion. I like all the characters mentioned though.

I like how much growing and learning Wally did over his run and how he would have less than heroic thoughts and reactions sometimes, but would still pull through to do the right thing. For example, seeing Jay go from calling him ‘Junior’ to ‘Flash’ was awesome. The Flash world really seemed to expand in his run, such as exploring the Speed Force from a spiritual type perspective, and having him be the fastest - even after Barry’s return - was a really nice surprise. I like how the different Speedsters have different strengths and connections to their speed. Speaking of which, I love Wally’s supporting cast of characters: Jay/Joan, Max, Bart, Jesse, Johnny, Krakkl, Piper, and especially Linda (my favorite super/non-super couple in the DCU!). I also think Barry had a good presence throughout Wally’s run and that the Barry-to-Wally legacy transition was handled better than any other ‘real’ legacy mantle passing (i.e. Batman doesn’t count).

In terms of abilities, Wally is the fastest, he’s outraced death and instant teleportation, mainlines the Speed Force, can share speed and create super-suits, and find his way home through the lightning. He has the benefit of learning from Barry and working with him from a young age as well as the guidance of other speedsters, who perceive the speed force in different ways (spiritual, mathematical, etc.). I also like his Flash costumes the best, haha. Oh, and he didn’t shatter the timeline or whatever via Flashpoint… (Although Heroes in Crisis may not be doing him any favors… still hoping for a twist…)

I know I’m a humongous flash fan and all, but I NEVER new there was something called “the flash annual.”

What the heck is the difference between the regular flash and flash annual?

@kingofspeedsters
Hold everything! You do not know about Flash Annuals? They have been produced since the Berry Allen silver age. The screenshot I posted was from a couple months ago. It is also the reintroduction of Impulse.

@cnzspuk
That is correct. And it was super great. The story will be ongoing for the rest of the year.