Hey guys! I was recently thinking about the many perspectives and backgrounds that DC fans have. So, it got me wondering, do you feel your voice or your life is portrayed in the DC Universe? What are some new perspectives or diversified backgrounds that you would like to be portrayed by DC Superheroes? Maybe some more LGBTQ+, or gender non-conforming, or POC representation. Would you want it to be portrayed by a brand new character or are there some other characters that you feel could be good representations with slight changes. For example, Alan Scott from Earth 2 or Negative Man from more recent Doom Patrol material like the show come to mind as great changes. Or, maybe a new character taking up an old mantle like Blue Beetle or Dial H. 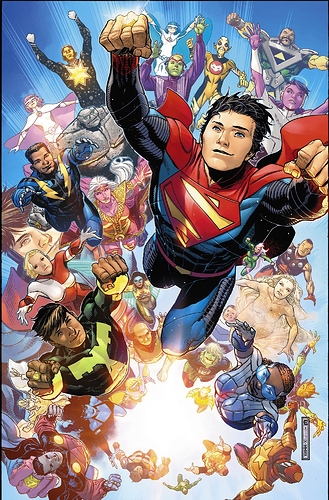 I’d definitely like to see more asexual representation. Right now the only canonically asexual character in the DC Universe is Tremor, who hasn’t been seen since The Movement.

If I had my way, The Question would be ace.

Yeah, that’s definitely a perspective that most media haven’t tried to represent overall. The only one that comes to mind is Sex Education season 2 Netflix.

We’ve got Todd Chavez in Bojack Horseman, Jughead in the Archie comics, Varys in Game of Thrones… that’s about it.

I’ll just say I’m happy for Zatanna & Huntress for half of my ethnicity. @HubCityQuestion if u don’t mind answering a question here instead of on the ask the question site? Do u know of any Czech characters or Slovak to be pc? If u want me to ask on that thread as to not disturb this one that’s fine too.

Idk there wasn’t I guess when I think about there’s not many. Only one that comes semi-close is Killer Croc. I got Slam Hamilton originally from Cleveland & Black Alice from Dayton off the top of my head for Ohio. Plus a reference by Superman in issue #1 saying send this package to Cleveland. Surprised Siegel & Shuster didn’t make him from Cleveland. They made Slam from there originally.

Or get more gambit comics but he’s marvel 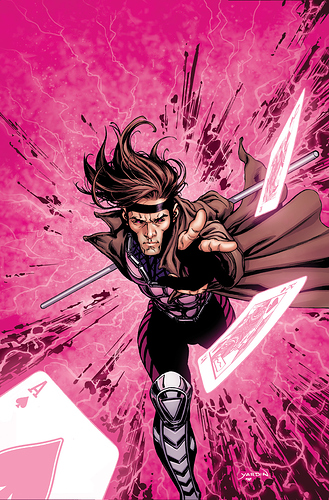 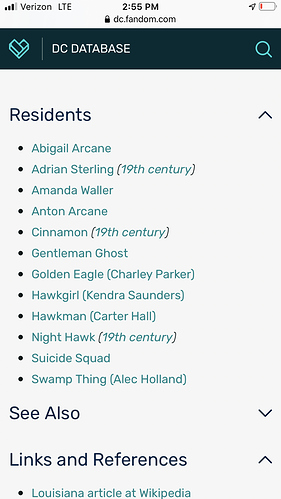 I’d prefer you ask questions there in the future. I could do more research but nothing immediately comes to mind. DC has a penchant for using fictional countries and backgrounds in place of smaller European ones.

Some great ones too.

As a general rule, introduce diversity with new characters instead of changing old ones. Reducing friction is a win-win.

While I’m not going out of my way to ensure my pull list is perfectly diverse, I have introduced one personal rule - I pull one female-led comic for every male led comic. It’s not perfect but it’s something.

But you’re putting in action. It may not be marching or protesting, but ensuring that everybody goes out of their way to support diverse stories as much as a famous one like Batman or Supes is an important step.

I wish that there were more heroes with established religions. Except for two or three (and not counting all the people who worship Darkseid and whatnot) I can’t think of any that will pick any religion other than “maybe, maybe not” or the random “I was raised ___.” After a very thorough search there is only one member of my religion (which I would rather not say) in DC comics and I don’t personally feel they’re a great representation of it.

Yeah I definitely didn’t consider religion. I mean, Ive always assumed heroes like Superman or Spider-Man were Jewish given their creators, but only Spider-Man has had any clear indication of it being cannon.

As one who is male, white and hetero, i can definitely say i have been well represented. If the story is told well, it doesn’t matter so much to me where the diversity comes into play. new characters tend to wear it better vs changing up an established character. Again, I can run with it if they are telling me a good story.

I have a small tirade about YJ’s Aqualad, but it’s nothing bad, I still like the character, and it shouldn’t start a flame war or anything because it is about the story telling.

I didn’t know Spider-Man was jewish. On most of the televised animated stuff of him ,there has been a Xmas gift exchange every now and again.

For some reason, i assumed Superman to be some sort of christian even if not practicing. I would assume there was at least one Xmas episode on Smallville. It proves nothing, just making a note for the discussion.

I disagree with diversity for the sake of diversity. It should fit the story. And at the same time, if one wanted to tell a story about someone who is from whatever background faith race ethnicity gender identity et al in whatever combination and so on… then tell it, as long as I am told a good story, just to make it about me.

I didn’t fact check but I know Ragman, Atom Smasher, & even Zatanna (in bombshells realm) are or were Jewish. Can’t imagine that’s changed. Also, I know there’s more but I can’t think of any. If that helps at all. I guarantee @HubCityQuestion knows em all. I don’t wanna disturb the flow of this thread, but since u asked I figured it’s ok to give u a few I know are right w/o researching & listing a bunch.

I wrote an article on the subject of Jewish heroes in October!

Yeah, I’ve always assumed Superman and Spider-Man were due to the creators of both characters being Jewish. It’s not as explicit, and has probably been changed today. But I do believe that Spidey’s wedding in the comics was a Jewish wedding and he does live in a neighborhood that is predominantly Jewish in real life.

I agree with pretty much everything you said except for the, “diversity for the sake of diversity,” statement. The world is diverse. There are so many cultures, perspectives, and types of people and we should want the comics to represent this. Yes, DC Comics probably has a financial incentive for diversifying their stories, but EVERY decision in comics are made with a financial incentive. Every famous story (Death of Superman, Crisis on Infinite Earths, Flashpoint, etc.) with controversial elements were made for money. It’s what drives the world. So I don’t think it’s fair to treat adding a diverse character as any different. We praise those stories for being amazing, and rarely bring up the financial element. And, on top of that, I don’t think it’s fair to the creators of the comics to boil down the characters they write to something “diversity for the sake of diversity”. I guarantee you that every time a diverse character is added, it’s because the writers, artists, etc. all WANTED to tell that story. The financial element is for the big guys at the top, not the writers themselves.

On a socioeconomic note, and this goes for all media, not just DC, I’d like if it more people from “the bad side of town” were represented as average people just trying to make it in the world (like the majority of humans out there). Yeah, we face different kinds of discrimination and adversity, but we’re not all angsty, hubcap-stealing bad girls/boys with criminal parental figures until a vigilante swings by and shows us a way to channel the negativity in our lives.