Does Death Still Matter in Comics?

Found this article on Newsrama, and while, yes, it’s mainly about a pair of Marvel series, it seemed as good an opportunity as any to bring up the topic of death in comics. Namely, 1) do you feel like death still matters in comics, particularly where it concerns the “Big Two?”, and 2) if no, what are some strategies you think the Big Two should employ to make death matter again?

Bonus question: Would you like to see a “DC-take” on series like Immortal Hulk or House of X? 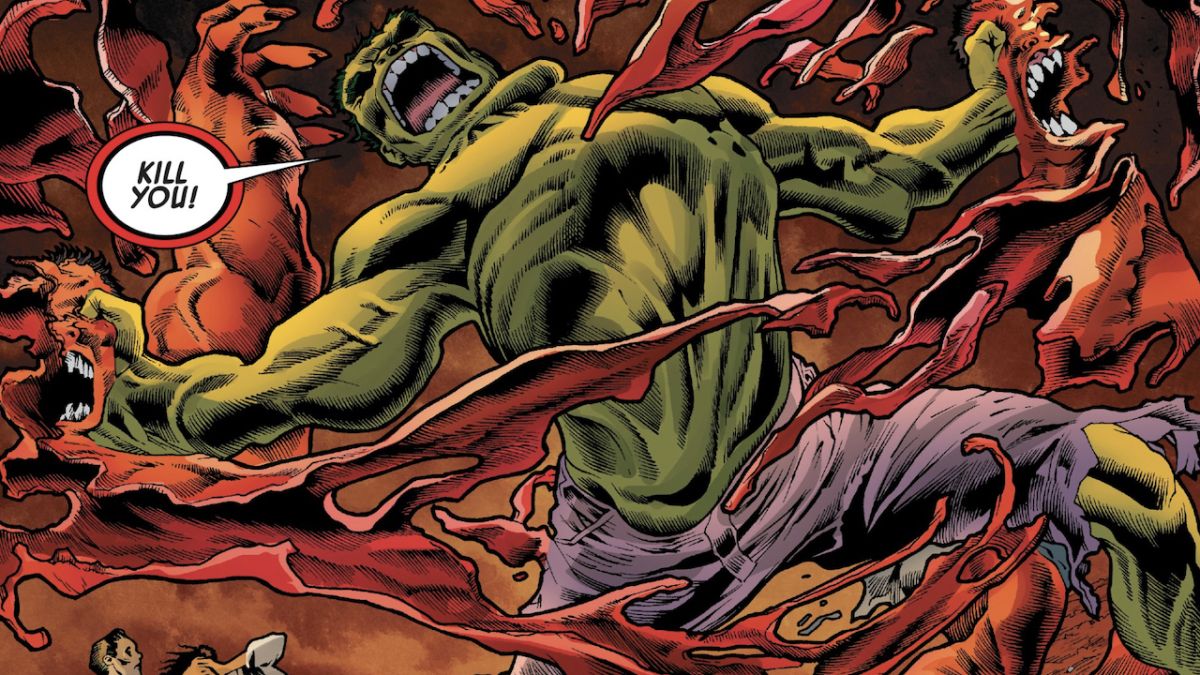 By embracing death and rebirth as parts of superhero mythology, Immortal Hulk and X-Men have made death matter

It definitely still matters, even if it’s never permanent. Alfred’s death has had reverberations through the main Batman book for the past year. It remains an emotional stake.

Whether DC should have a book which embraces the complexities of death and resurrection, well… DC already has that book, baby. It’s called Robert Venditti’s HAWKMAN.

There is definitely an understanding that no death is permanent, and thus it’s certainly harder to feel moved by deaths in current superhero comics. So in that way they don’t matter.

As @HubCityQuestion has mentioned though, in the grand narrative of the universe, death does matter and does have repercussions. Although, something that has theoretical narrative weight does not always have actual narrative weight.

As for the House of X/Immortal Hulk take on death, I assume you mean incorporating the sort of “Well, they’re going to come back anyway” mentality into the story as an actual plot point rather than an understanding on the part of the reader. While I think it’s an interesting take and works fantastically well on those two comics, I don’t think every superhero comic should adopt such an ethos.

One of my favorite commentaries on this is in FINAL CRISIS at the Justice League funeral for Martian Manhunter, where they join in prayer for a swift resurrection.

This is revisited in BLACKEST NIGHT, with Hal and Barry at Bruce’s grave. “We both came back, and if anyone can figure a way out of death, so can he.” Death and rebirth has been baked into the DC story for a long time.

I think its all in matter of perspective. As long as the characters treat it as important to them then it mostly works for me. In DC’s favor they have soft reboots so any death they have can be worked around later. Marvel will do whole series over someone dying only to bring them back soon after

Still, it means something if the universe says it does

Also, this might be controversial but i have no issue with bring characters back especially popular ones because there’s always a new story to tell with these iconic characters

If it’s done well I think it still matters. Some character deaths seem like they were just done purely for shock value, and don’t really serve a good story purpose. And a lot of times death just seems to be an easy way to make a villain seem threatening. Or in big event comics, where there’s usually at least one shocking death that isn’t particularly shocking because it’s predictable. Even with the likelihood of resurrection, I think death matters if the story and the writers make it matter.

The thing that will annoy me with events, its like they have to kill someone off, sometimes more than one so they either go big and it either has a lasting effect for awhile or its over quick OR they kill off a minor character that hasn’t really done anything so you are like ‘Why should i care?’

I remember when Blackest Night came out and a lot of dead characters either came back or were at least seen as Black Lantern zombies. The one thing that struck me was when Black Lantern Rings started attaching themselves to heroes who had died and come back prior to Blackest Night. One character who No Black ring ever tried to go after was Iris West Allen. In her case, two Rings could have been used. One that for the deceased Iris that was buried after Thawne killed her in Flash #275 and another on the new Body Iris’ Concsiousness was implanted in when her 30th century parents saved her and reunited her with Barry after his trial. I always thought it was a missed opportunity to have a story unfold where the White Lantern brings back corpse iris while simultaneously reversing the effects of the Black Lantern ring on current Iris essentially creating twin Iris Allens

Does the death of a character matter, it depends, if it was a moving story then yes. Additionally, if the impact is explored for a time, in well written stories, I would also say yes. On the other hand, if it’s part of a mass extinction like deceased or crisis, overall probably not. I do not put Supergirl or Flash’s death in Crisis in with the mass extinction part of crisis. In short not all deaths are created equal.

@dogwelder9: The 1970s saw one of the first “major” deaths when Conway killed Gwen Stacy. I remember being shocked, but at no time did I think it was a stunt or a money grab. Forty-seven years later "death"in comics has become a cheap trick–and as you said–“lazy” writing. Along with capes, secret identities and brooding angst, death in comics has simply become a trope. I would be more shocked by a well written story than seeing another beloved character bite the dust.