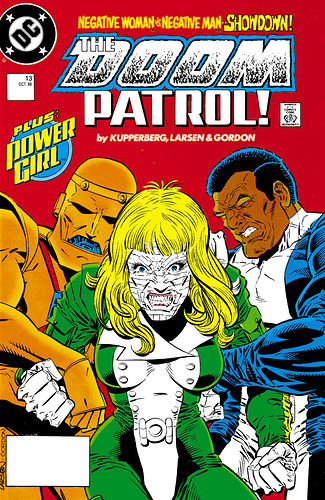 The Doom Patrol plans to resume their search for the Chief…plans that change drastically when Power Girl shows up at their door to enlist them in the battle between Order and Chaos.

Welcome Doomsters to another week of DPC! this week we’ll be going through reading with the group still searching for the chief and power girl arrives to enlist their help and more!

As always I look foreword to your thoughts and opinions on these, so feel free to put in down below and…Let’s Discuss!

Gotta love the repeated cover motifs of this era of DC. 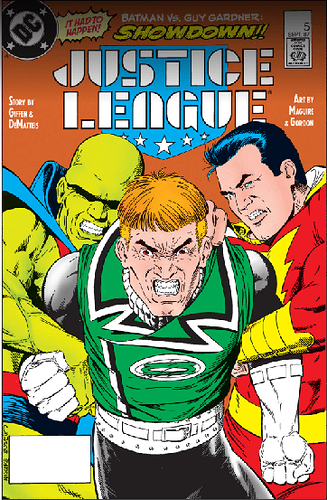 Who got there first?

JLI did it first. The Doom Patrol cover is a spoof/homage. Then once these gags get going… 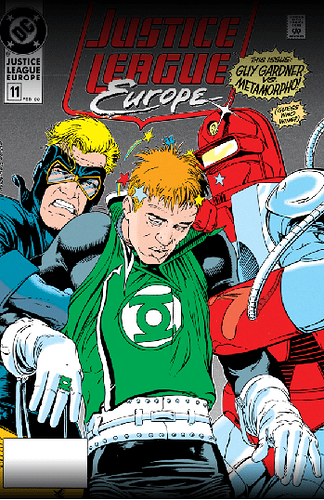 I would be more afraid of Val

Inker Al Gordon talked about doing this DP cover in the comments section of a blog:

If I’m not mistaken, Erik may have done the layout for the JLA cover, and since I was Inking the Book at the time, I was slated to Ink it. Then behind my back and without telling me, Helfer gave it to Terry to Ink. I was a little pissed, mostly because I was finding out that Andy was not to be trusted,but I couldn’t complain too much since Terry did such a great job… so, as a bit of a Joke, Erik asked me if I wanted to Ink the JLA cover that Terry had already Inked and I was confused… then he showed me this. Funtime!

So, we wrap up the Kupperberg run. It feels like he had a direction and an idea for the Doom Patrol, and though he doesn’t get all the way there, there’s still some good stories here. Despite interruptions for obligatory crossovers, Kupperberg managed to wrap up his run satisfactorily for the most part. Though he must of have had more in mind for Arani, she just dies and we don’t know why she was claiming to be the chief’s wife.

I like the reveal the Neg-woman was working for the chief the entire time. Can’t trust that lady 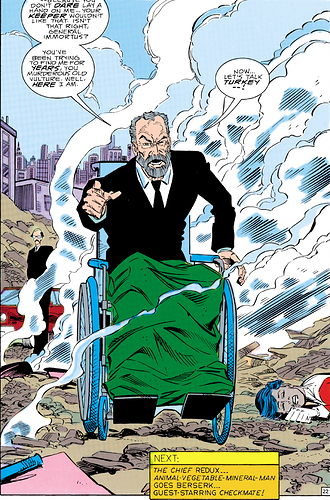 So, where does that leave us? 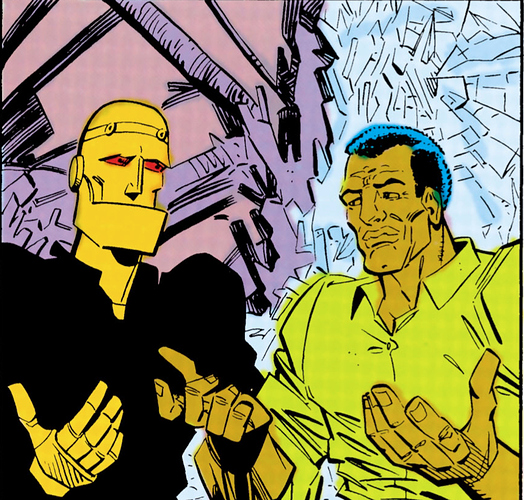 On the way to Morrison weirdness.

definitely agree, feels like with Kupperburg he went for something no one thought of and yep, Morrision run here we come.