@StarFire456 I loved them too

@phantomjedin.99148 I’ve played the first two, but not the third, I’ve heard good things about it though!

I haven’t finished Arkham Asylum yet

@luna02 Have you finished now? If you have, how did you like it?

I do. Raises hand*

Collected all of them in all four, Asylum, City, Origins, Knight.

They were largely housed in really great puzzles that were totally worth the time. Some were more user skill oriented, others could be slow and methodical and could really test your ability to think outside the box, some were not so much difficult rather that they were action puzzles requiring the user to do certain things very quickly and actively. There were quite a large set of puzzles that required all three talents.

I would say in comparison’ to Assassin’s Creed 2 Petrucchio feathers, chasing down Batman Arkham Riddler Trophies was the exact opposite of a feeling. In each game the process was an addicting blast.

Definitely the longest haul was Arkham Knight. I collected them on the spot (if I could) whenever I noticed them in really obvious zones I just naturally travelled through. Of course by the end of the game I had at least 100 to still collect, so I just went for it. I really got into a flow about a third of the way through the remainder of the trophies, probably at the 37th if I had to guess, and I started collecting them really fast even if they were super challenging.

I would definitely say I was glad I used my time, that side quest ending was just the cherry-on-top to that saga of well crafted brainbusters. 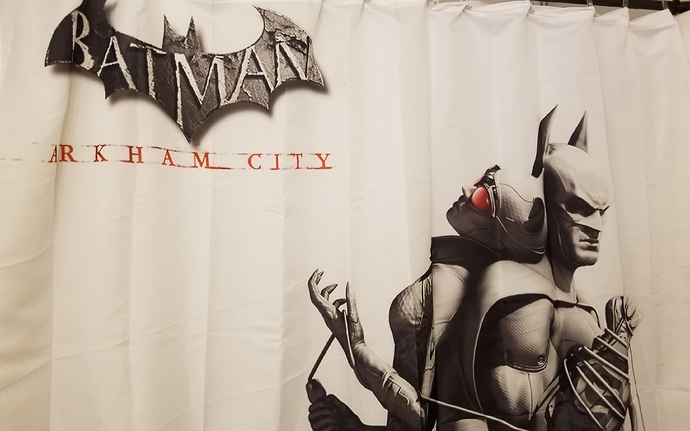 I wonder if there’ll really be another Arkham game.

Yes, it’s coming. You can check the developer’s forum, Twitter, and wherever else they have posted since. It’s literally confirmed. WB Montreal is doing a Batman game, and Rocksteady is doing a game based on a DC property, rumored to be Green Arrow

Agreed, the Telltale Batman games were so fun and great stories! Too bad the company shut down so we won’t probably won’t get another Telltale game ):

They got bought out by another company, and another game has been confirmed to be coming.

The original two games sold well initially but teetered off sales-wise because of word of mouth: both of them, especially the second one, were catastrophically glitchy; you couldn’t save your file (keep your decisions) or even make the decisions you wanted to make, it was choice-broken for all intents and purposes.

I liked the games but they always wiped my prior decisions from the immediately previous chapter so I would basically be playing vanilla decision mode.

This happened to me both on PS4 and Xbox one. I want to go back to those games, but I just haven’t. I know for a fact updates/patches have been made and that they are now fixed.

I was an instant pre-orderer for those games. It’s too bad really. But at least some one saw value in Telltale Games, their Batman games/license, and paid out the employees to make those patches. Maybe I’ll hit up those games sometime this month.

Not enough love for the LEGO games on here.

I love the lego games. I also played Lego Dimensions which has a DC Comics world with lots of DC playable characters. It’s a great game and one of my favorites!

Don’t know why my posts aren’t showing up as replies. But hey.

Aww. No love for Justice League Heroes? My favorite DC game. Ollie and Kyle! Shame Dinah was only in the PSP version.

Superman on Genesis is great. I like beat em ups so Death and Return of Superman is up my alley. Flash on Sega Master System is a fun game based on the Shipp TV show… Although it probably isn’t for everyone.