If this is true, it would be quite a shame that CW is ending Supergirl with its amazing representation for this show which sounds like it could be a step back in that regard.

Remember, “If” is an incredibly key word.

I saw Ray Fisher reaching out to her. If this should come up Geoff Johns again I’m done with his work, or DC needs to present a very compelling case why I shouldn’t side with the accusers. I had one foot out already after the Ray Fisher complaints.

You can’t take the word of the writer fully at face value. She’s a disgruntled employee and we can’t be certain that she’s not lashing out just for that reason.

The “Diversity” she pushed for was confirmed by her. She got pushback because they wouldn’t make Jonathan or Martha Kent black. If I were the showrunner I would’ve said no too. We know what Jonathan and Martha Kent are supposed to look like. Their appearance is pretty iconic.

The call of the Bechdel test I don’t buy one bit. Why? Because Lois is married and a mother. The chance that, at no point in the show, where she’s not talking about her family, the pressures of raising two super sons, or her former work as a reporter is next to nothing.

Her other diversity push (by her own words) were that she wanted one of the two sons to be trans. I’m LGBTQ+ ace and gender fluid. I think it would feel pandering if they went that route and wouldn’t like it.

Gove the show a chance before you take the word on one disgruntled employee with a history of being difficult to work with.

We know what Jonathan and Martha Kent are supposed to look like. Their appearance is pretty iconic.

The most important aspects of the Kents are their warmth and kindness in being good parents to Clark and instilling the right values in him that inspire him to become Superman. Whatever race they are has absolutely nothing to do w/ that

The chance that, at no point in the show, where she’s not talking about her family, the pressures of raising two super sons, or her former work as a reporter is next to nothing.

So what, she’s only supposed to talk about those aspects of her life? If so, then that’s a pretty limiting way to develop her character and would be a real disservice to such an icon

a history of being difficult to work with.

Where is this coming from?

I agreed with most of what you said…

I have enjoyed ALL of the CW DC shows, I’ve watched every episode of every DC series on the WB and CW except iZombie.

While I do feel Supergirl went too far at times with its social and political messaging, it was still fun to watch. I WANT my superhero shows to challenge me. On Supergirl, when Alex and Nia were going through their respective acceptance issues, that made the characters more real. It made the show more real and entertaining. But if EVERY super hero show portrays characters representing social justice issues, that would make the shows seem redundant.

#metoo or other insensitivity issues behind the scenes is another matter entirely. If that was a factor, I hope it is being investigated.

John Diggle from Arrow was supposedly moving to Metropolis. I want to see the Super Sons hang out with the Lantern Kids!

I thought Olsen was moving to this show?

Anyway, Lois is a big name reporter. She should easily have conversations and interactions regarding her investigations outside of being a wife and mother. I mean, it’s natural to talk about those things, they are big parts of her life and shouldn’t be looked down upon, but they definitely are not the only part of her life or even her most well known imo. Lois=reporter to me. If that’s not a major aspect of her character, then she won’t feel like Lois to me. Also, yes, I know she wrote a book in hiding at the beginning of Rebirth, but hopefully that storyline (if done) won’t take long to resolve.

As for the writer’s statements, some suggestions I didn’t like, some issues I have a hard time seeing (like Lois not being able to pass the test in an episode Clark does/would pass an equivalent), and some suggestions might have been ok. I’ll still probably give the show a chance, since I liked the Superman cameos on Supergirl. Some of the statements might become apparent very quickly, so we’ll see.

I thought Olsen was moving to this show?

There hasn’t been any official word that he’ll be on the show, though I wouldn’t be surprised if they bring him back for a guest/cameo appearance at some point

You can’t take the word of the writer fully at face value. She’s a disgruntled employee and we can’t be certain that she’s not lashing out just for that reason.

She gets no benefit for speaking out against a former employer if she’s accurate, and is ending her career if she says anything that isn’t true. Wanting to give a multi-billion dollar corporation the benefit of the doubt but not a woman of color who (in the Twitter thread) was backed by colleagues seems to be fairly disgruntled, itself.

Let us not forget that sometimes people lash out simply because they’re upset.

Patty Jenkins, from Ghostbusters ATC, lashed out at Ghostbusters Afterlife because it ignores ATC even though her film ignored GB 1&2. She accused it of being “Trumpian.” There was no truth to her allegations, but they garnered her attention.

I’m just saying that we have Superman and Lois - A CW show, from a network that has, thus far, had all of its CWverse shows being incredibly diverse and LGBTQ+ friendly - Often to the point of receiving backlash for it (The Supergirl Jimmy Olsen wasn’t particularly well received)

Vs a single disgruntled employee, who isn’t providing any evidence, who had a number of clashes on Krypton.

I’m a writer - I’ve worked in this field - She sounds like a “crusader” to me.

If we see Superman and Lois and her accusations stand true, I’ll be the first person to apologize - But I can’t take her accusations at face value because they simply don’t make any sense coming from the same series of shows that have such a diverse and inclusive track record.

None of her co-workers defended her. 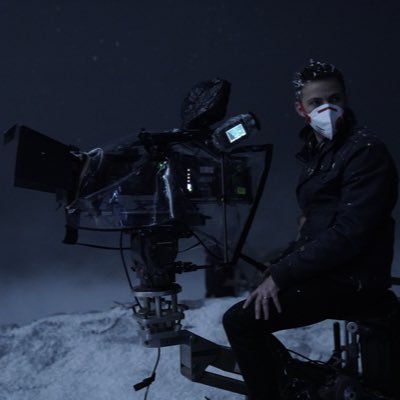 @NadriaTucker Nadria, I feel qualified to say that you add immeasurable value to writers’ rooms for the way you challenge the erasure and stereotypical portrayal of women and POC in the stories we tell. You have a unique voice and perspective — and I’d love to work with you again. 👊

Only one I could find in that thread, but it’s still more than none

Not sure I’d call 213 replies “barely anyone”

I personally interacted with them and they admitted they didn’t know her and had never seen a CWverse show.

Any chance you’ve got a link to that interaction? I just combed through her replies and didn’t see anything matching that, though between deleted tweets, quote tweets or possibly just glossing over it, I definitely could’ve missed it

She very much has something to gain from this

You’re right, she can help shine a light on problematic representation on TV. And while it’s true that some shows/networks will look at this as a positive and could be more likely to hire her, others will view it as her being difficult and will be less likely to hire her, so there’s definitely a risk w/ speaking out like this

Are you talking about a different Patty Jenkins? Because the Wonder Woman director has had nothing to do w/ any Ghostbusters movie, and I can’t find another Patty Jenkins who was

A CW show, from a network that has, thus far, had all of its CWverse shows being incredibly diverse and LGBTQ+ friendly

On the surface, absolutely, but problems start to show up when you look closer. Taking the last season of Supergirl, for example, that show appears to be an amazing example of great representation until you realize a few key factors: Alex made no progress in her storyline of wanting to be a mother and was mostly relegated to just reacting to the happenings of a given episode until the end of the season; outside of a few episodes, Nia felt mostly sidelined from a lot of the action and most of her development was relegated to her relationship w/ Brainy, not to mention that she should’ve been teaming up w/ Kara on journalistic investigations instead of the way they brought in William; Kelly never got consistently good screentime, particularly when it came to her and Alex together. Getting good representation on screen is great, but you have to make sure those characters are developed properly over time - otherwise it feels performative. There are definitely plenty of instances of the Arrowverse providing consistently good representation, but that doesn’t mean they’re great in absolutely every instance

who had a number of clashes on Krypton.

Again, where is this coming from?

Sorry, Leslie Jones - The person who played Patty in the film.

As to where that comes from - I am a writer, a novelist now, I used to be a script writer. I personally know people who have worked with her.

Any chance you could let us know some of your works? I’m definitely curious to check out what you’ve written

I don’t share my specific works online - It’s not ended well in the past - I will share that my work was hardly stellar and I mostly worked on rewrites and touch ups. I never was a main line writer. Mostly I helped with sitcoms.