Groundbreaking Superhero Naomi Could be Coming to The CW 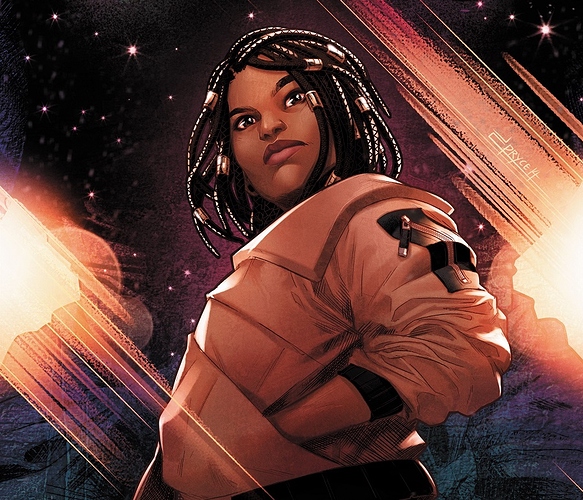 Groundbreaking Superhero Naomi Could be Coming to The CW

One of DC’s newest superheroes—so new, she doesn’t even have a superhero name yet—may be joining The CW’s DCTV roster.

One of DC’s newest superheroes—so new, she doesn’t even have a superhero name yet—may be joining The CW’s DCTV roster.

The network announced today that it has given a script development deal to Naomi, a new one-hour drama series from executive producers and writers Ava DuVernay and Jill Blankenship and based on the groundbreaking, highly acclaimed comic series from Brian Michael Bendis, David F. Walker and Jamal Campbell.

Produced by ARRAY Filmworks in association with Warner Bros. Television, details about what to expect from the series are limited, but the show’s logline suggests that it won’t be too far removed from what we’ve seen in the comic:

Naomi follows a teen girl’s journey from her small northwestern town to the heights of the multiverse. When a supernatural event shakes her hometown to the core, Naomi sets out to uncover its origins, and what she discovers will challenge everything we believe about our heroes.

Read Naomi #1-6 right over here, and let us know if this is a series you’ll be watching in the comments below!

I’m a little hesitant on it being on The CW, but if it comes to fruition, I’ll definitely give it a shot!

This would be awesome!

Ava DuVernay Sets DC Comics Drama 'Naomi' at The CW | Hollywood Reporter Neat! I hope she gets the same popularity as Miles.

It’s really interesting to me that Ava is now involved in three separate DC properties – New Gods, DMZ, and now Naomi. Keep this up and she might be the new Greg Berlanti!

the more the marier.

The CW’s really doubling down on adapting recent heroes. One thing that really stuck out to me is that there’s no mention of Greg Berlanti being involved despite his involvement in every other CW DC show (and a ton of them outside the network). It makes me wonder if they’ll try to keep this completely separate from the Arrowverse, though that would seem unlikely. Also, would this be the CW’s 1st DC show w/out Berlanti since Smallville?

As someone who’s been vocally critical of DC’s moves on the CW, this is very welcome news.

The real question, though, is how old the marketing team is going to be for this show, because all I can think of for a campaign is “and…what about Naomi?” and it pleases me more than I should probably admit.

It makes me wonder if they’ll try to keep this completely separate from the Arrowverse, though that would seem unlikely.

It wouldn’t shock me if Ava DuVernay wanted to stake out her own corner of the DCU without having to worry about crossovers and continuity, but since Naomi’s introduction is tied to Superman in the comics I’d love to see Tyler Hoechlin in the pilot episode.