You should read the books…
They make a pizza out of a dude’s face.

I had read the entire series before they had even announced the series so was very apprehensive they would water it down to what American beer tastes like so I have been pleased with how far they have gone in terms of what you can get away with even on a subscription service,
I much prefer the comic book series too myself but am glad it turned out better than that woefully infantile Preacher series they did for Fox.

i prefer the comics

I prefer the comic series as well. There are some fantastic story beats in the series though in terms of seeing the ultraviolence played out visually.

I was actually reading some Negan quotes to my daughter today and she was telling me about these videos she listens to on YouTube about serial killers and how THOSE are scarry.

F*ck all that! I’m not trying to get scared…comic book violence is entertaining.

@hashtag-goodtobejo A term infamously coined by Anthony Burgess and then immortalized by Stanley Kubrick in the film version of “A Clockwork Orange” I am proud to be a fan of Garth Ennis and the fine tradition he has carried on with “The Boys.” Too lethal a strain of Dynamite for DC, it took a publisher of the same name to appreciate the level of family entertainment which “The Boys” brings to the table.

Absolutely and is no more going to induce anyone to commit actual crimes than Wile E. Coyote was ever going to induce children to run off of a cliff and expect to just get up and walk it off.

I’m looking forward to this, as I could go for a Heroes in Crisis re-read.

I really enjoyed this story, and I’ve been waiting to discuss this run (and the one that follows it) w/ a group for quite some time, so ME TOO @Vroom !!

Hey there, @Harleys-Crew!
Just a quick reminder for all those who have been asking about the 2019 Harley & Ivy mini series: THIS is the story that sets up the events in that run, as Jo said. If you want even MORE set up for Heroes in Crisis, I recommend “Everyone Loves Ivy”

Professor @Razzzcat, nice ring to it,

If you want even MORE set up for Heroes in Crisis, I recommend “Everyone Loves Ivy”

While none of these really feature Harley, here’s some other books that lead up to Heroes in Crisis:

Batman #45-47 – “The Gift,” where Booster Gold, in an attempt to create the perfect gift for Batman for his upcoming wedding with Catwoman, creates a time paradox so distorted and horrifying that it leads to him needing help.

The Flash #51 – While an epilogue to the “Flash War” storyline, it apparently sets up a lot of the problems that Wally West is dealing with and why he goes to Sanctuary.

While none of these really feature Harley

The whole point is to get Harley to Ivy (and learn why), so we know what’s happening when the two of them get to the Sanctuary (which does feature Harley pretty heavily) …so that we understand what follows in Harley & Ivy’s mini series post- HIC, as Jo mentioned is the plan. Its a good stand alone, as well.

BUT. It’s an arc for Harls and Ivy (HQ club n all)—Not exactly trying to make reading up on every character who makes an appearance a requirement, but thank you for the suggestions!

I understand that, I was just throwing out some extra stuff related to the event in case anyone was interested.

IT’S THAT TIME!!!
This is a series I want to spend some time with so I’ll be getting into my review and thoughts this evening but I honestly CAN’T WAIT to see what the rest of you think!!!

The art in these books is AMAZING!!! 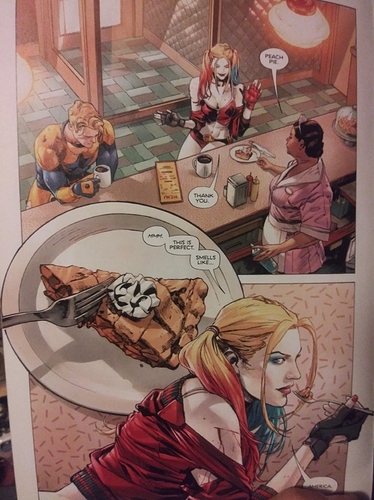 IMO this is probably one of the best drawn Harleys I’ve seen! 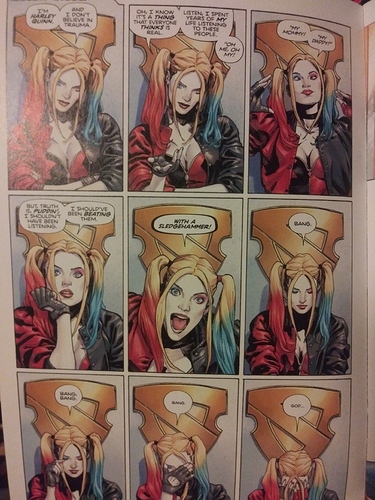 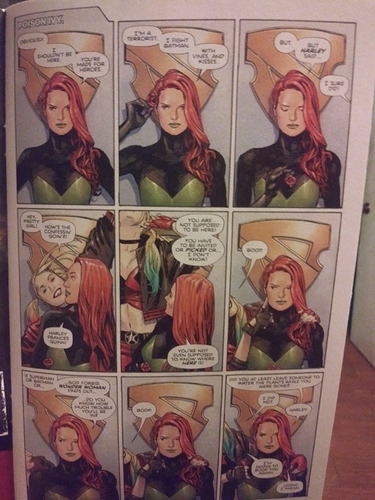 Those pages were AMAZING! Not only did they make me feel like I got a small look into Harley’s head, but I think the page with Ivy depicted their relationship PERFECTLY! 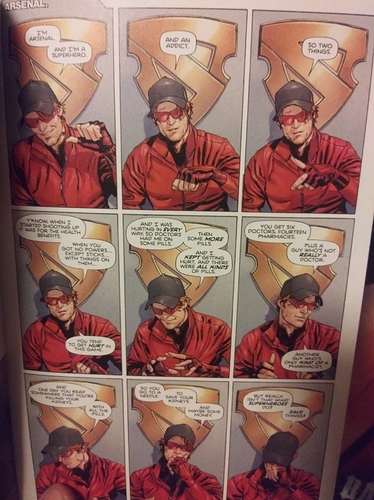 That page hit me HARD! Red Hood is my favorite DC character and I FELT the death of Arsenal! Especially when Jason found out and kept listening to that final voice mail from Roy in the Red Hood books…

I didn’t even know who Booster Gold was before these books: 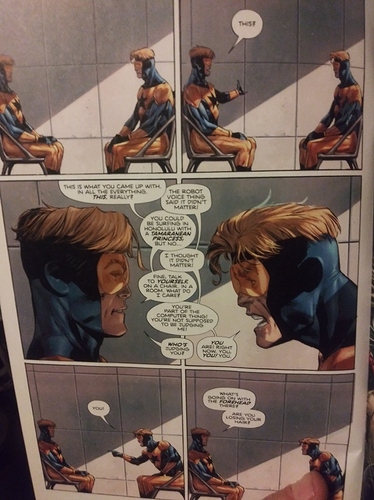 And it’s the hard look at the vulnerability of the most powerful beings on earth that makes this one of my favorite stories: 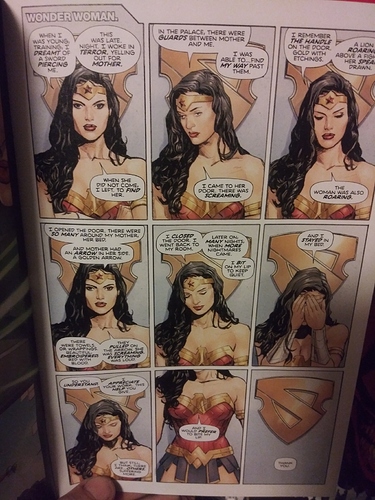 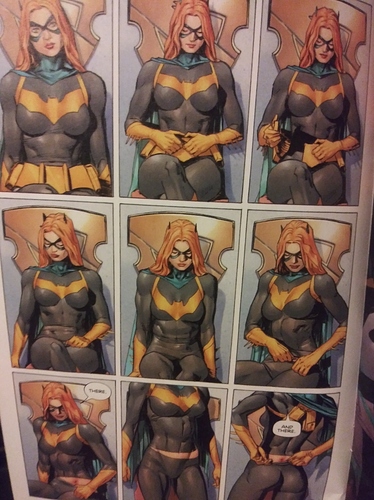 Barbra Gordon is SUCH a powerful woman! And this is my favorite page from any comic I have ever read: 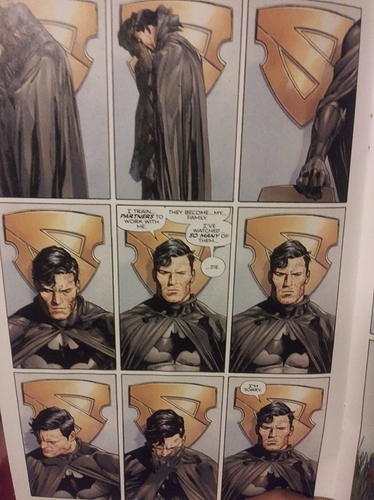 That is where I finally started taking Batman seriously. Even though most of the time I had no idea what was going on in Knightmares I was reading that storyline at the same time as this story and I really began to feel Batman…

And then you throw in these pages from Three Jokers: 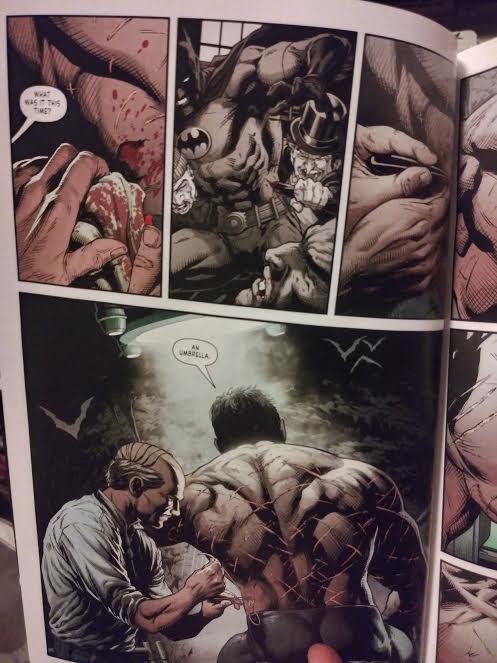 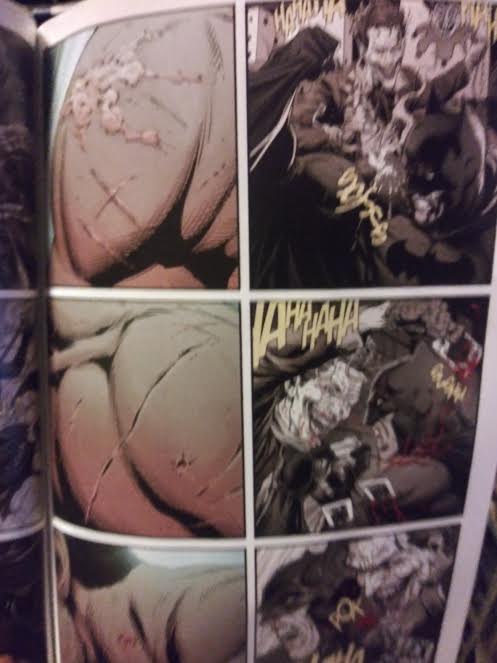 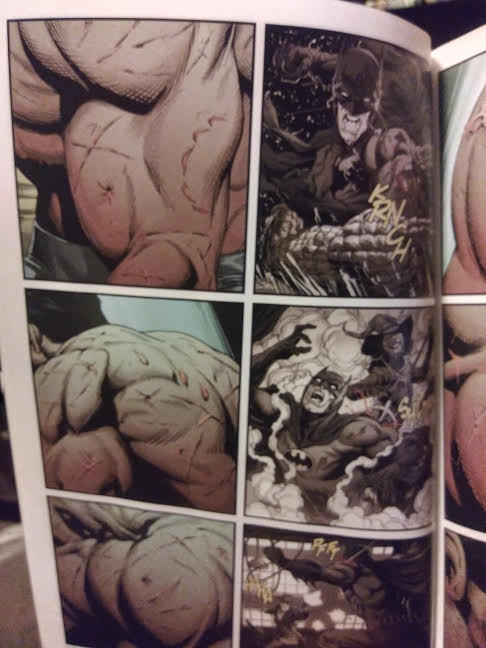 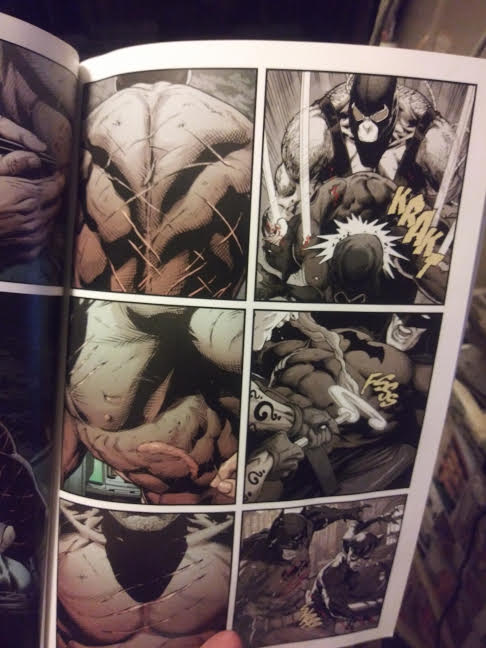 …and Bruce Wayne becomes the most powerful man on earth! 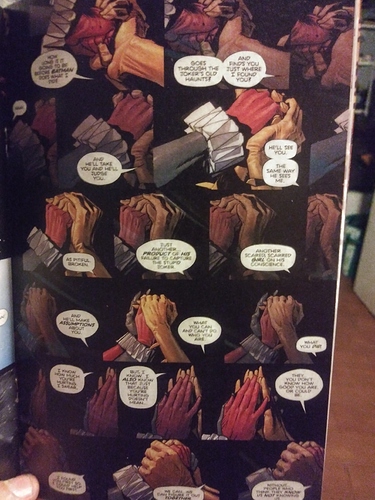 The entire sequence was pretty spectacular! 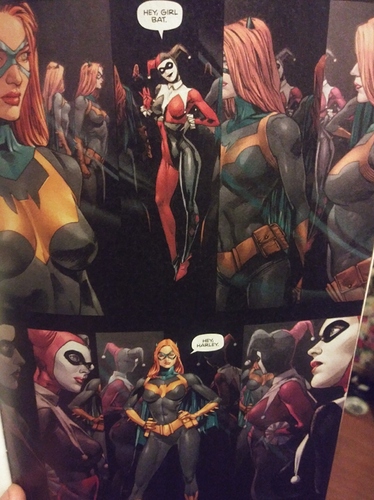 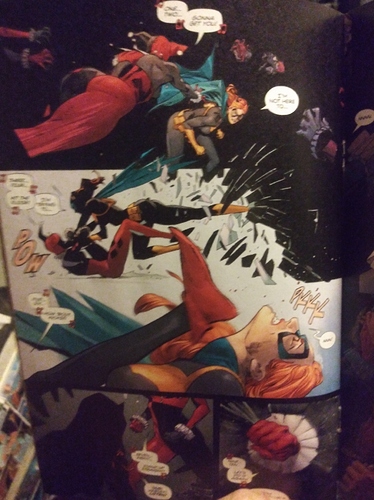 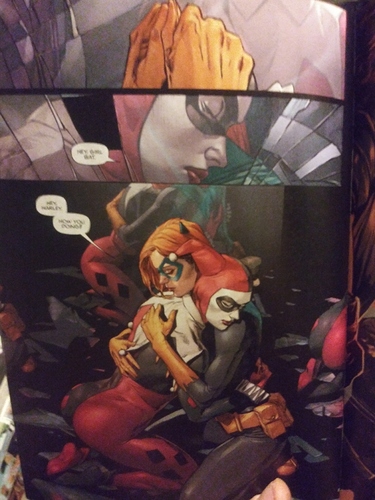 Like I said:
Barbra Gordon is SUCH a powerful woman!

This was the perfect Cliffhanger/stopping point: 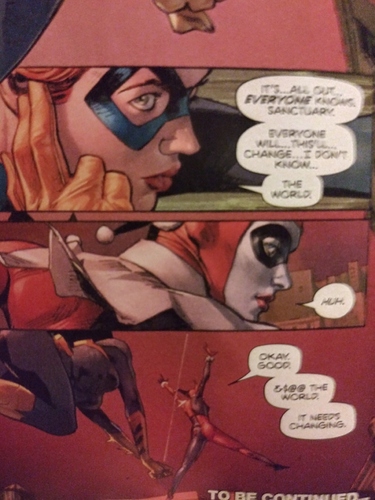 Over all I’m glad for the chance to appreciate this story again and I’m having A LOT of fun!