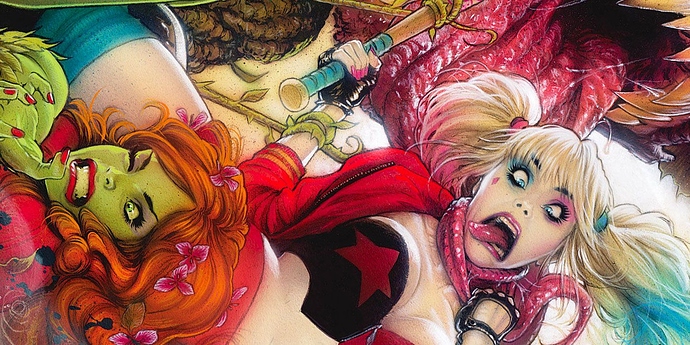 As part of its February 2021 solicits, DC has revealed the cover for the Love Is a Battlefield special, which stars Harley Quinn and Poison Ivy.

Hello Crew!
I have a question for any of you more seasoned, DC Omnibus aficionados… I watched a video on YouTube (I believe it may have been: “Top 5 Graphic Novel and Hardcover Collecting Tips: A Nerdventures Guide” on the YouTube channel: Sequentials Deluxe), and he was talking about the idea of waiting for hardcover and/or Omnibus editions to come out if you’re not in a hurry to read a given comic series right away.
Now, I do prefer the Omnibus books, due to the larger page size and the convenience of having series collected in single tomes; so, ideally for me, if I could be CERTAIN all would be released, eventually, in an Omnibus, I would never buy a trade paperback or smaller, deluxe collection.
Alas, I am at a place where there are some titles I do want to read, and I am debating whether to wait. To help me decide, I thought I would pose the query to those with more experience/knowledge, “Just how consistently do runs and collections get put into Omnibi?” Specifically, I have read the first 5 vols. of the New 52 Suicide Squad, and I want to read further, but I think I’ll put it on pause, if I can be relatively certain that all of the New 52 Suicide Squad will eventually find their way into an Omnibus collection. The same goes for the Harley Quinn series: I have all of the current, 3 Omnibus volumes, and I would like to read the rest of the series, being Issues #35-75, but again, if they will be collected into a 4th Harley Quinn Omnibus, I would rather just wait for that to be released.
Thus, the question I pose to you, again, is how likely are these titles to be collected into DC Omnibi, and/or do you have any suggestions where I might find more information, whether educated conjecture or otherwise? 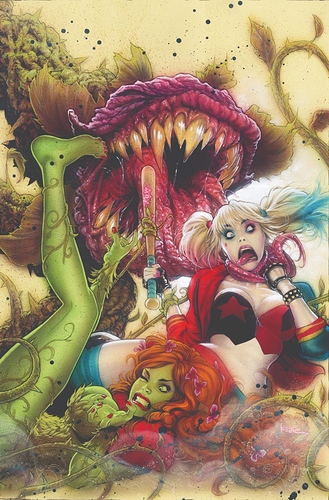 Hmm. Gotta’ read this one for sure. Need to know why Frank is freaking out on Harl and Pam. 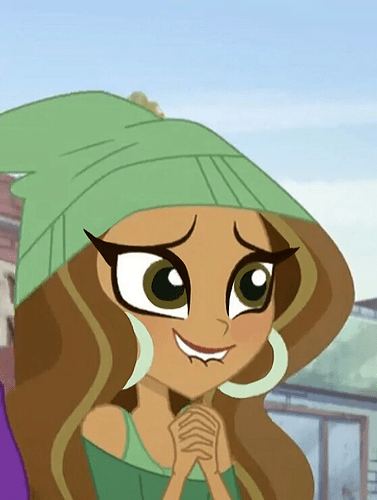 Good Morning the Harley’s Crew peeps! I am of the retro mood inclinations today and am hoping you are having the most wonderful of mornings! 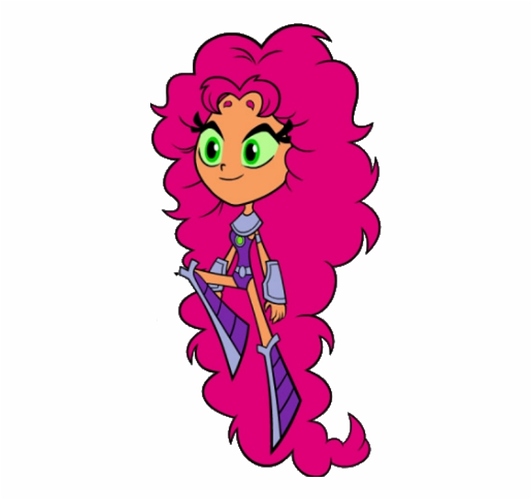 Star doesn’t quite feel like Star without her hair being almost bigger than her entire body.

I think that one’s already passed – today’s actually my Birthday.

Our next WAL is right here!

Well, howdy folks! Are you ready for more of the classic animated Harley’s hilarious hijinks? Of course you are! What a silly question, let me rephrase that. Clears throat. Welcome Harley’s Crew members and those curious! Tonight’s festivities include more merry adventures of our favorite psychiatrist (psychologist?) Dr. Harleen Frances Quinzel, medicine woman. And, perhaps, Goddess willing, mayhem and splosions!

Musta hung out with Chaz and got the munchies.

Hello Crew!
I just finished reading the Harley Quinn & the Gotham City Sirens Omnibus… I’m new to comics, and this was the first, large run I have ever read. Before this I had only read My Friend Dahmer, Harleen, Mad Love, Harley and Ivy, and Batman: Harley Quinn.
Damn… this was a wonderful ride! I was so drawn in, I wanted it to go on forever… as I neared the end of the tome, I began to feel that sinking feeling of loss. I had fallen so deeply in love, not only with our 3 (anti-) heroines, but with the chemistry they shared. I love the way their personalities made such friction and cohesion all at once! Then, when Harley kissed Mr. J, my heart sank… at first. However, in moments, as the violence and chaos ensued, I was reminded of that part of Harley’s wonder, which the amazing storyteller had lulled from my mind with all of the antics which had come before… SHE IS COMPLETELY UNHINGED!!! …in the best, possible way. …and with this, the dissolution of the trio I had grown to love so deeply, felt so necessary, and all was right with the world again. While I feel the plot wrap-up that their coming together was orchestrated by Bats and the reason given for this was pretty weak, it was easy enough to let that go, given the beauty and joy of the rest of the series.
All in all, I absolutely loved this series and highly recommend it to any who have not read it!
As for those who’ve read it, I would love to hear your reactions to it!

I remember the first time I read it, I was a sophomore in High School and was about to start learning how to drive on spring break (that was 2 years ago). I was sitting in my sister’s hospice car and reading as I waited for her as she was stopping by to check in on some patients (because she asked me to tag along with her). I love this story so much and I’ll admit that I also feel sad when it ends, every single time, to this day. I always get attached to their group, so much that it hurts to think about the fact that Selina only joined them because… I can’t even say it. I also hate seeing them fight, I want them to be happy. I want them to live in their fixed up and renovated hideout with Harley’s toy room and all! Why the series had to end, I don’t know, but seeing the panel of Harley smiling and saying “there’s no place like home!” makes me think back to the time when I sat in the front seat of a hospice car in a parking lot on a spring break morning, finally reading the series that holds a place in many comic fan’s hearts.

Hey, @Harleys-Crew! HAPPY THANKSGIVING! Got another round activities planned, and first: Reading!

[image] Next up: Who wants to make a Poison Ivy mixtape?

If you think of song

this week—DROP IT HERE. And last, but not least: Our neighbors over at DC Fan Art Club have invited us to help them brainstorm some Ivy and Harley (or Harley-adjacent) Holiday art, so let’s help ‘em out!

Vote and sound off on the poll below! (Click #dcfac …

Crew Peeps! I am happy to report we are now 98 strong! We just need to find two more peeps to get us to 100! 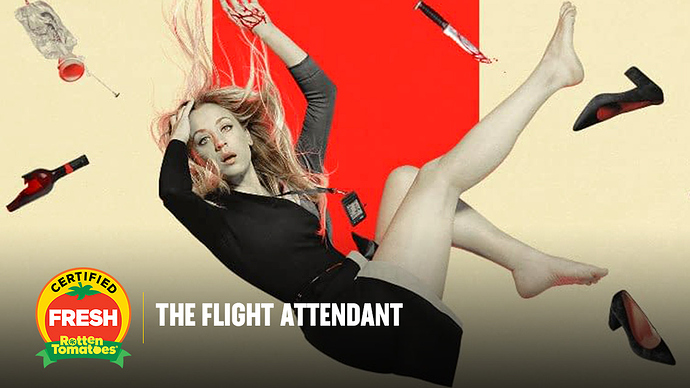 Hey @Harleys-Crew!
In case you missed it: Harleen is nominated in the “Best of 2020” Graphic Novel category, and voting in the final round is underway!! If you’re interested in helping it win, follow the link and come vote! (Because #GiveUsIsley!!

shout out to @lo_third for the reminder) 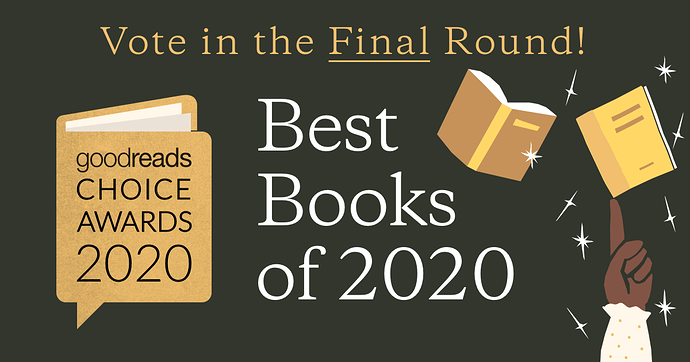 Last Chance! Vote in the Final Round of the 2020 Goodreads Choice Awards!

It all comes down to this. Pick the best books of the year in the Goodreads Choice Awards, the only major book awards decided by readers!

Also, don’t forget to swing by the club MEGA QUIZ and to check out our other activities this week.

And here’s our next WAL!

(hits “play” on kazoo track) It’s time once again to gather and roam the perilous streets of Gotham with our Lady, Harls…and Ivy and Joker and Bane and Batman. We’ve got 3 mischievous and smashy adventures lined up for this week. Hope to see you here! [image] The New Batman Adventures: