I hear you . Wish there was more dc product too. The next dc set does look great - Justice League Unlimited

I’m always excited for another chance to get Martian Manhunter. I am also very excited for new versions of The Question, Black Manta, and The Wonder Twins.

I just got my 1st one less than a week ago. Idk what it was. I just really wanted Oberon & Mister Miracle. It said super rare & came with a card. Anyone know anything about it? 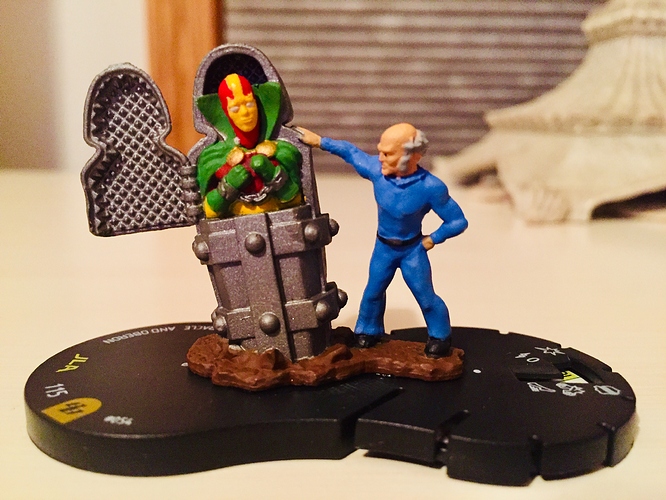 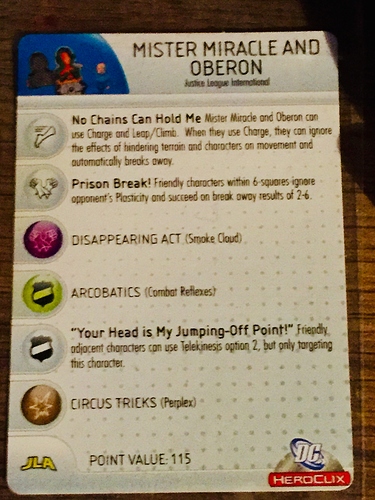 I do know about that piece. I also have that one.

One of the DC Heroclix sets that came out in 2010 was a set called Brave and the Bold. Mister Miracle and Oberon was a super-rare piece from that set.
One of the gimmicks from that set was that every one of the super-rares was a duo figure. Duo figures (represented by the crossed arms that can be seen on the dial and on the card) is an older mechanic that is no longer used in the modern version of the Heroclix game. It allowed, if I remember correctly, an extra attack at a lower attack value.

Brave and the Bold had 15 Common figures, 15 Uncommon, 15 Rare, 10 Super-Rare, and 4 Chase figures. Each booster pack featured 5 figures, including at least one figure that was either Rare, Super-Rare, or a Chase figure.

Here is a pic advertising the set… 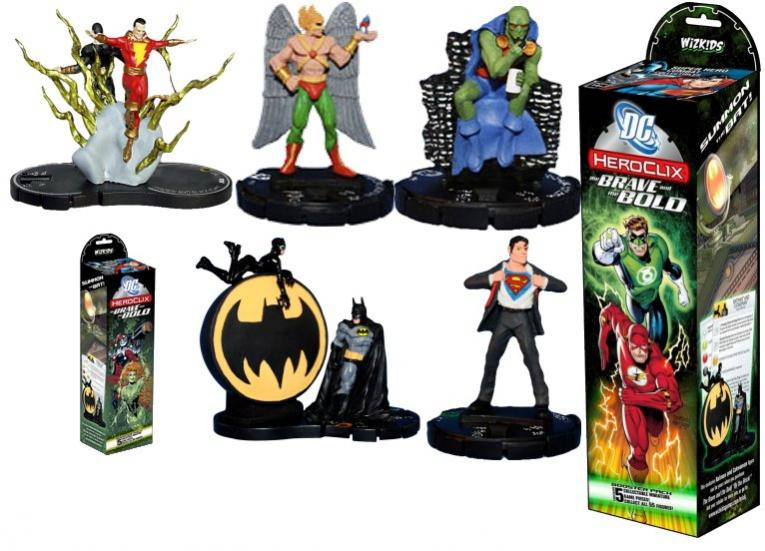 Heroclix has a major power creep issue. Newer sets come out more and more powerful for less and less points. Generally speaking, this means that older figures have much less value when played against newer figures.

Any other questions about that figure I can help you with?

You absolutely nailed it. I literally knew nothing. Thank u so much for all the info. I like to know what I own & now I do. That all makes perfect sense now.

I used to play around 2011, I think. Big into War of the Light and No Man’s Land. Haven’t had anyone to play with on years. Been going back and forth on selling my figures, as they are unfortunately just taking up space. No one plays clix at my lgs, and I don’t really see them for sale anywhere. Shame. I enjoyed it when I played it.

Know what you mean. It is tough finding games. I’ve played a few times online. It’s not the same and takes setup, but it’s a good way to get a game in now and then.

Love the hero clix DC Figures, got a few that i started to collect n then had to back off or ima end up in the poor house cause of collecting. But I did snag a Green Lantern i think it is called light wars pack. Haven’t had the chance to play.