Kyle Rayner, Wally West, and Connor Hawke were my entry characters into the DCU but of those three, poor Connor is the only one to still be erased by Flashpoint and not have his solo series available on DCU.

Connor Hawke took over the Green Arrow title with issue 101 but, except for a couple of late series issues that are parts of crossovers with Green Lantern or Batman, the series on here ends with issue 100. His not great 2007 miniseries is available, and his guest appearances in JLA, Green Lantern, Birds of Prey, and Ollie’s post-2000 titles, but I’d love to see Connor’s solo run show up on here as well. 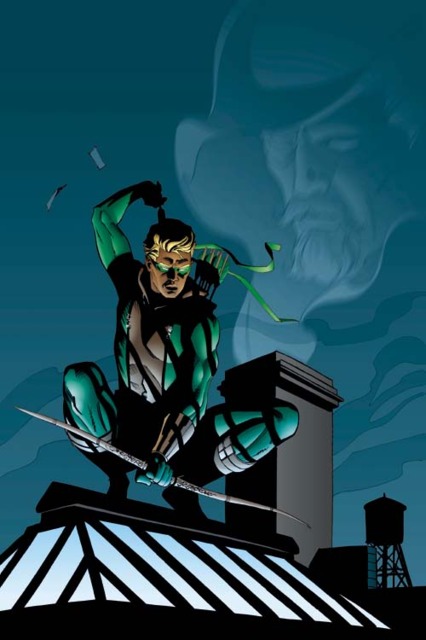 Agreed. The DCU needs more Connor Hawke in general. Still waiting for his return to canon.

Agreed, and agreed with HCQ.

Yeah, I really enjoyed his guest appearances, so I’d like to read the rest of his series.

@HubCityQuestion My dream series was always a new Green Lantern/Green Arrow starring Kyle and Connor. Let Hal and Ollie have the main titles, just give me those two traveling across the country having adventures!

@BatJamags His guest appearances in Green Lantern were especially good, because he and Kyle had the ‘we’re the new guys everyone keeps comparing to our predecessors’ thing in common. Unfortunately, they only have the GA issues for one of the crossovers (110 and 111) – and they’re missing Connor’s issue from the three-part story where Wally, Kyle & Connor go on a cruise together!

Connor Hawke is a character that I always felt worked better in books with other characters, like the Demon. I haven’t read his run post-issue 100, though, so I’m probably missing something.

@Batwing52 I can see that, and even in his solo run of Green Arrow he has other characters around him. He has a couple of mentors (Eddie Fyers and Master Jansen) he travels with for a time, meets other rookie heroes, and there are issues where he’s interacting with people from Ollie’s past. But there was something cool about seeing him try to fill the shoes of a father he barely knew, while also being his own kind of Green Arrow.

I 'm also a big fan of Connor Hawke. I think my interest came from the fact that I had a strong interest in Martial Arts and while Connor was a decent Archer, he was an even better at martial arts. (At the time, I was watching Kung Fu the Legend Continues …and pretty much anything my Blockbuster had in it’s Martial Arts movie section.) Connor got a brief return in the Convergance but was just as quickly cast back into limbo.

@mrmiracle
Yeah, that post-100 stuff are some comics that I know I need to read, but so are a million other things that I haven’t gotten around to, unfortunately. Sidebar, does anyone else think that Connor’s last name is a Hawkeye homage?

Definitely agree! I did bring it up in the office hours thread last week or so, so hopefully they’re at least a little aware that we’re hungry for more Connor!