How Long Will The Titans Season Finale Be???

I wonder how long the finale will be. Im hoping for an extra long finale. At least a full 60 mins. Has there been any info on the length of the episode? 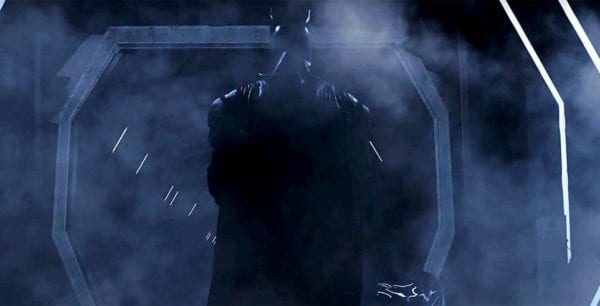 Considering the Episodes are only about 38 minutes each. I don’t see it being any longer than the others. Something about this series makes me think a few episodes may of got cut out of the series or maybe they cut two episodes together? We were suppose to get 13 episodes from the original announcement. Could DC be pulling a surprise trick on us?

Also I don’t see how this will tie in with the current continuity. also WHY is Jason wheelchair bound!!!

Watch it play out and I guess we’ll find out

I’ve seen graphics listing the last three ep titles as Koriand’r, Dick Grayson, and Raven. IMDB also lists 12 eps, with one on 12/28/19, but we all know that IMDB gets early info and then modifies as things happen or don’t, and its clear that next week is in fact the finale. I’m hoping that the Dick Grayson & Raven eps got combined to a double, but I haven’t seen anything to suggest it. If I were to guess, someone decided to punt ep 12 into next season, or something like that. I guess we will find out in a week.

I kept hearing stuff that it would be 2 hours like a movie. I doubt it would be THAT long but my guess is that it’ll be about 70-80 minutes tops. Especially considering that it seems episode 11 will be Episodes 11 and 12 merged into one long episode.

I’m wondering the same thing. Wasn’t there 2 episodes titled Raven and Starfire? Maybe they those episodes and are saving them for season 2.

Was it just me or was Starfire’s hair straight in the trailer?

Please be two hours pleeeaaassee. The first hour could be the Batman vs Robin and the second hour hopefully is Titans vs Trigon!

I saw a cap posted on insta from what purports to be a screener release, showing 43min. Shrug. For what anything is worth that isn’t an official announcement.

Also, I really suspect some of the various lists of episodes released may be differences between working titles v. final titles. Given how all the episodes as released seem to follow pretty much directly from one to the next, I doubt they’ve dropped any eps or cut any together.

We know at the end of last week’s ep, Dick runs into the house, and Kori and Donna can’t follow him. We also know Trigon wants to wait to ‘eat the world’ until Rachel’s ‘heart is broken’. I’d guess the way to do that is to somehow break Dick (not sure how we could tell the difference, dude is a trainwreck to start with). I’d guess the vast majority of the stuff shown in the finale teaser is probably part of some sort of Trigon induced hallucination - in other words, its all in Dick’s head (Jason in a wheelchair, Batman going bad, having a kid with Dawn, Kori with straight black hair, etc.). Remember, weird stuff was happening at the house even before Trigon was physically there - Beast Boy was having hallucinations of the dead scientist outside, and so on.

Trigon will carry over into season two, where the team officially forms.