How many of you like Enemy ace (Hans von Hammer)

Enemy ace is a super interesting character that is a WW1 pilot who flys in a Fokker Dr.I. His first appearance is in Our Army at War # 151 .He has sometimes crossed over with other characters in the DC universe like Batman in Detective Comics #404 and Booster Gold in Booster Gold #16. And Swamp thing in Swamp thing #83. He was in An episode of Batman: The brave and the bold called Aquaman’s Outrageous Adventure! And you can also catch a glimpse of him in the episode Mitefall! I think is a very cool character that should be in more comics today. 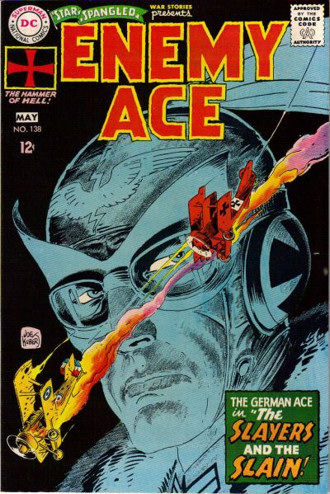 I like that one story Garth Ennis did with him. I haven’t really read anything else.

I do. Any character that’s good enough for Booster Gold will pass with flying colors for me.