Is the DC UNIVERSE app getting shut down?

Looper: Rumor report: Is the DC Universe getting shut down?. 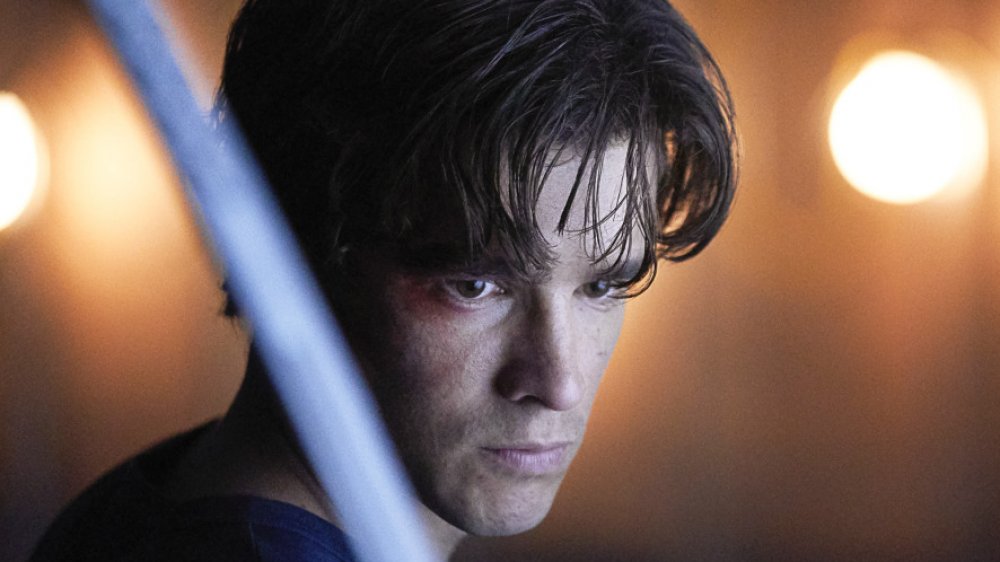 Rumor report: Is the DC Universe getting shut down?

​Is it the end of the Universe? According to rumor-mongering website ​We Got This Covered,​ sources close to Warner Bros. are reporting that the struggling streamer DC Universe is due to be phased out in favor of the upcoming HBO Max. DCU's existing...

We Got This Covered has such a terrible track record with rumors that I’m pretty sure they just troll social media for fan wishes and fears and writes them as fact for clicks and exposure. Ignore them if you value your sanity.

I saw this and agree 100% with @Jay_Kay. They’re really just click bait and a waste of time. I told my newsfeed not to show me any articles by them.

Of course, the headline above is also clickbait, but at least the article points out that We Got This Covered has a ■■■■ record.

I really hope it’s just a rumor. This is my favorite app ever!

I am wondering the same thing. I want to renew my account but I have heard the rumors also.

I heard it as well and was kinda bummed. I like the site for its classic comic books that aren’t available any longer. I probably use the app for that more than anything. If they jerked all of the live action shows and left the animated ones and the books then I’d be happy.

All, the thread this links to is already discussing this, but for the record: the app is not getting shut down. They just invested in 2.0 and have already announced shows for next year such as BizarroTV.

I hope not but I could see the company thinking about it. The streaming wars are really heating up now and companies need to leverage their resources well and splintering their content won’t help them win. Hopefully they find a way to either merge this content with their future app or find a way to cross promote both and see if it helps before abandoning all the great work that’s been done so far on DC universe

I’m so sick of seeing this when there’s never any legitimacy to these claims. Obviously HBO Max will change how things are done w/ DC streaming content in the future, but a lot of effort is also clearly going into the future of this service, which is a lot more telling to me than any of these bullshit “rumors”

I really hope it’s not going away, and plan on helping that by renewing regardless. If worst comes to worst, it may transition to just the comics… which would suck, but okay. The simplest course to keep people happy would be keep it running, and run stuff on both platforms or maybe add to this once HBO+ is done with it… though honestly unless the DC movies routinely print out money at levels of other companies, I don’t know how much WB cares. They’re likely to leave it be here as “well, it’s making money and it’s more subs…”

@alwaysaguest I don’t think anyone has to worry about 2020 since with the announced shows of Harley Quinn (2019-continuing into 2020?), Bizzaro Tv, Doom Patrol S2, DcYou, Stargirl (assuming all these come out 2020) there’s enough shows to spread out through the year like they’ve done before. We really need a release slate for 2020 soon though to know exactly what we’re getting & when. My main concern is about 2021 and beyond. For Young Justice I don’t expect to come out for at least another 2 years (by that time would it be exclusive here or air on HBO Max aswell?). @Jay_Kay I’ve also heard these same rumors discussed from multiple other reputable entertainment covering groups who’ve stated the same. And some even saying their sources have confirmed these rumors so it isn’t just “We Got This Covered” who has been discussing these rumors. I’m more upset about the fact that HBO Max is getting the huge DC film archive that should be here. But HBO Max having Doom Patrol simultaneously as DCU while also getting some high-tier exclusive shows sucks since not many of us want or can pay for another streaming service in addition to this just to get some content that should be here on the “Ultimate DC Membership”. Side-note: I’m not stating any of these rumors are ‘fact’, it’s just what I’ve heard the past several months.

Lets try our best to keep unwarranted rumors out of the community section. The last thing we need is people freaking out and spamming mods over a rumor with no facts to support it. It makes the community really hard to navigate.

Still a worthwhile conversation in that the shows will be on even more platforms. I really want to watch watchmen but I don’t want to pay for more than three streaming apps at a time. I feel like I need a counseling session just to help me decide lol (kidding) 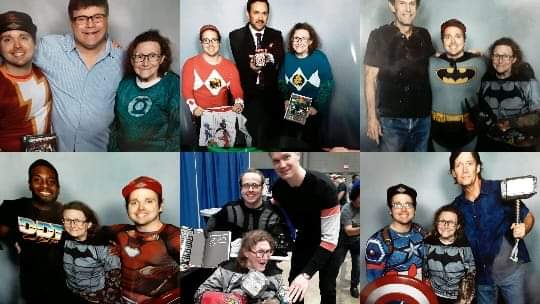 I have the cw app which is free, this app which is cheap $80 annual fee, Hulu $8 i think a month and then Disney plus I’ll get probably next month if not this next week. So many streaming apps, Marvel seems to pooling all shows into Disney plus which - I am so relieved for- they’ve canceled cloak and dagger which was on freeform, runaways on hulu looks like it’ll stay on hulu and is supposed to have a cloak and dagger cameo and AOS on ABC ending next year, then all the big new MCU shows to be coming to Disney plus…DC remaining spread out on CW, DCU, HBO max separately all apart from DCEU movies and mostly apart from the past DCU type shows…DC even though all owned by Warner bros seems more fractured than MCU Disney who still technically don’t own all their characters but the fox acquisition made it so Disney owned s the majority of Marvel characters bust Sony still has 900 plus characters within the Spiderverse etc and man thing lol is universal and I think there’s a few more issues, hulk solo movie rights are I believe universal still. I would like to see DCU stuff under one ce tral umbrella and while it doesn’t look to me like this streaming service is ending, it appears like HBO max will have the majority of the film oriented DCU material and have a growing future of it all while this will be more animated with several live action shows here and there. Right now this app is mainly animated it feels to me, but the live action series we have received I’ve loved and want to remain here and to continue here. Follow me on Instagram frank.franks and like my fb page Mr.Mar-Vell

I think these terrible rumors are the one hurting DC Universe by scaring people, I think DC Universe will be fine and nothing to worry about. I doubt that HBO Max will have comic books. If there people who wants DC Universe without having HBO max, then they would subscribe here. With Stargirl and Bizarro TV coming soon I’m not worry, and nobody should be either.

@Reaganfan78
I started using this app specifically for the original series, Titans and Doom Patrol, but I have to admit that the comic book collection in here is great. Now, I’m hooked reading comics every day.

Honestly, that’s worth the price of admission for me. It’s great getting caught up on things I missed from back in the day/

I’m a comic reader first, I just hope that if things change, the comic books will still be available on this platform. I do wish they would include the vertigo brand. It’s nice to have a more convenient access to materials I have already purchased over the years and to be able to fill in some spots that I have missed but can’t find in my human travels to comic book stores, throughout the country, not just in my city. I do my best to prop up these artists and collect books from small businesses wherever I travel. Further, I am willing to pay an affordable amount to keep the price down so young less fortunate comic book reading humans can have access to these wonderful stories that helped shape who I am as a human over the years. There is no way less fortunate children can afford to follow comics in this country today. This is sad because over the years, comics have influenced me to think, to imagine different worlds, and in some cases these books have aimed my moral and ethical radar in the right direction. Because comics have become so expensive, I am afraid that children who are poor like I was as a child, will have no access to this media outside selected series available in public libraries that are now starting to disappear.

In a perfect world, I would pay for the DC service and get to read and stream all content, this includes books, movies, and animation. It is likely I have already purchased many of the items I’m reading/watching already. The sad part is when you talk about streaming “wars” we are only talking about greedy billionaires who want to control users and recapture revenue on old products where there is likely no artist left to benefit from the income, only money demanding shareholders. It is the company that primarily benefits on old content that is not generally available to the public. We are not humans, we are users to these decision makers. If we were referred to as people and not users, the decisions about recapturing billions of dollars would probably be different. The sad part is, it will likely take one big company to do the right thing to “right the ship” and end this “war” everyone is talking about. However, until we are referred to as people, instead of users or whatever imaginary handle we create to further obscure to these company representatives that we are in fact humans, not just consumers, we will always be at war. It is a microcosm of our daily lives, we are American or other nationality “citizens”, not humans. I don’t know many humans that want to go to war, but somehow the people we chose to represent or the ones we were born under, continually agree to start perpetual wars over things we humans generally don’t agree with under false pretense as wars only peter out, they never really end because the only real way to win a war is with the eradication of entire populations (genocide). Unfortunately, war means money. Money means artificial organizations like corporations and governments will always come first. Pun intended.

That is why we, the human consumers and the human artists, the ones who supported and paid the billions over the years and the ones who imagined our favorite stories, are the ones who are being constantly kicked in the junk so that bean counters can shove the proverbial beads of the abacus off the rails. Many of us have purchased portions of this content before, now we are expected to pay again and again for more convenient ways to access the things we have already committed to buying over our life times. It doesn’t matter what thread this is in, it always ends in some human like me looking like a greedy end user when in actuality, it is a greedy human who forgot about humanity in an office somewhere that only does what furthers this imaginary money gobbler.

I am watching the watchmen!