Jessica Chobot to be the CW's Wonder Woman?

If my suspicions are correct, Jessica Chobot will be CW’s Wonder Woman. This would be due to the fact that she looks like she could be a double for Lynda Carter.

Not so different from some of the castongs for CW Arrowverse in the past (Lois Lane, Kara, etc).

Who do you think will be Wonder Woman?

Lynda Carter with Jessica Chobot below, similar to Helen Slater with Melissa Benoist 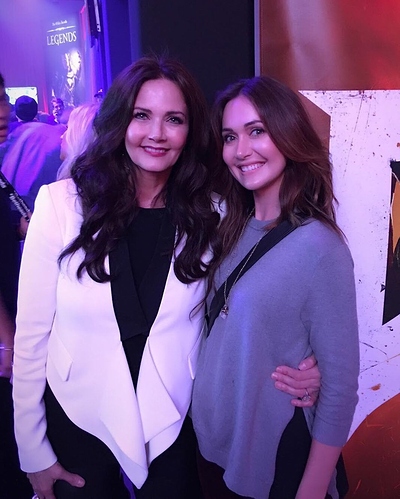 Fun fact: Jessica Chobot was in Mass Effect 3. Her character was some sort of war correspondent or something. 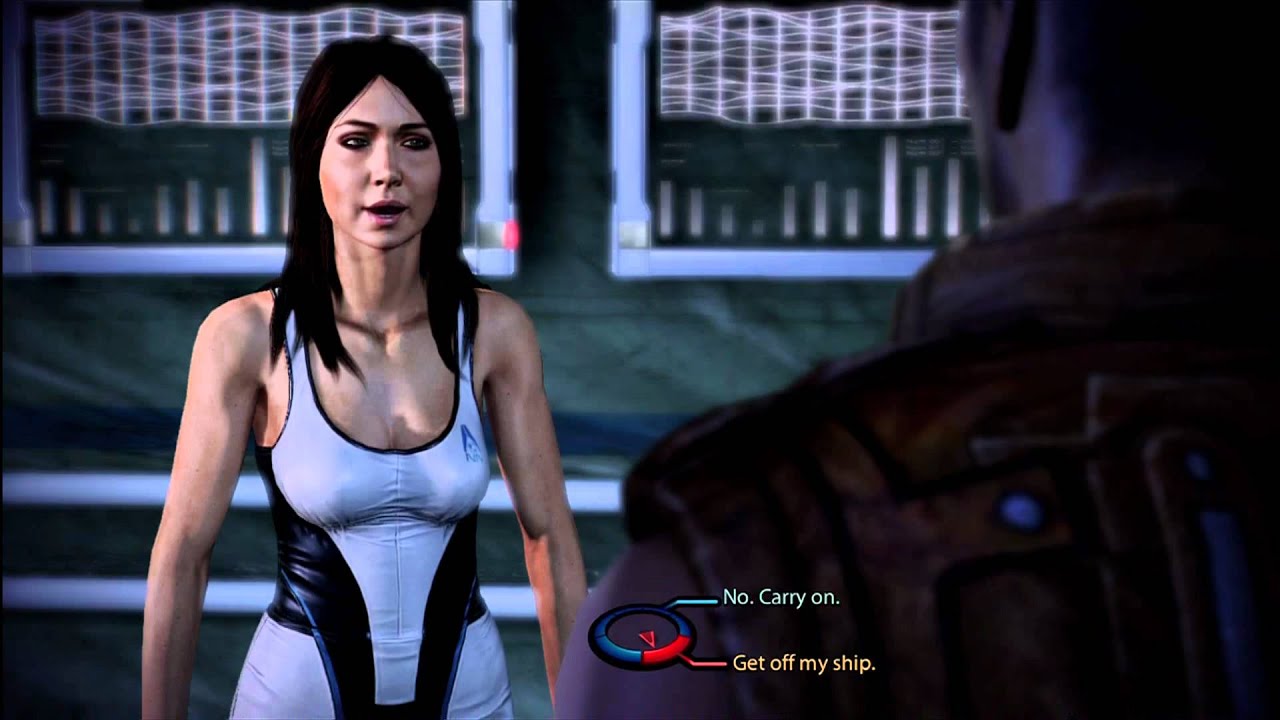 Hard to believe she’s 42 years old, she looks 25 but I remember seeimg her on X-play in the days of G4tv, Ign and then Battlebots.

I never knew she was in a game lol

Lynda Carter will forever be my WW. hoping to get this later this year. 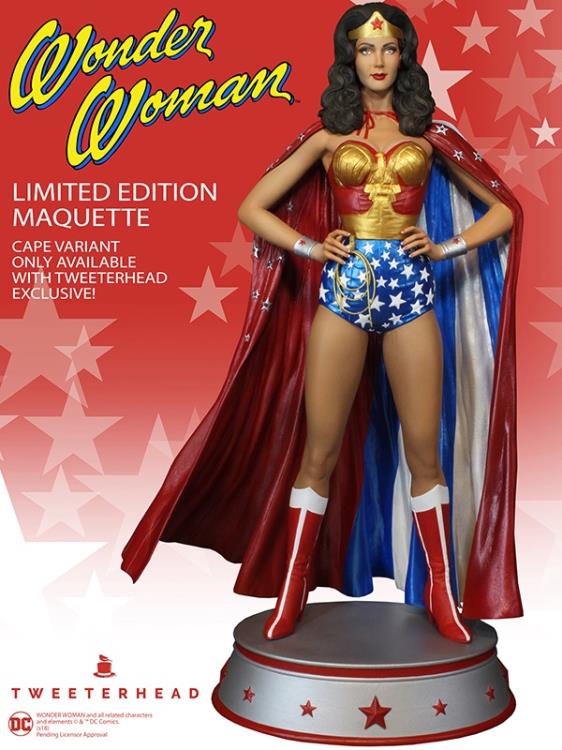 Fun Fact: Jessica Chobot was an occassional co-host on G4’s Attack of the Show. She’s also a host over at Nerdist. I liked her on AOTS.

I’m okay with her playing Diana. Curious what her costume will be like.

It makes sense. Time waits for no man or Winder Woman. However, given that Lynda played the president for a season on Supergirl, I get the thinking she’s gonna be in COIE somewhere. I still think they should bring her in as Hippolyta.

I love Lynda and as I’ve said before, she’s forever my Wonder Woman but I hughly doubt she’ll be Wonder Woman. She’s just too… aged now

Of course, if it’s a minor non-demanding role, I may be wrong.

Nah, I’m not calling the goddess “old”. That woman ages like a FINE wine! <3

Lynda Carter is still one of the most beautiful women on this planet.

Do not believe anything that comes from Cosmic Book News of We Got This Covered. Doing so just makes you look foolidh.

If Wonder Woman were going to be involved in the CW’s Crisis crossover, the news would be broken by legit news sites like Variety, Deadline, The Hollywood Reporter, TVLine, or Entertainment Weekly, not “Cosmic Book News”.

Either way, Wonder Woman is an integral part of Infinite Crisis so there’s that fact.

@Vroom oh gosh thank you she is on Nerdist that was bothering me so bad. I knew she looked familiar.

I remember when I used to see her and Kirstin Holtz do gaming specials on G4tv and I remember her on Attack Of The Show soon after, replaced by Candace Bailey :).

^ Your claim that Jessica Chobot is going to be cast as Wonder Woman in the Crisis crossover.

I don’t think you read my posting correctly before writing almost the same thing as you dod for the other thread in the TV section of the forums. I never claimed she was going to.

Hence at the end of the original post where I asked “Who do you think will play Wonder Woman?”

However, we do know from various legit sites that Wonder Woman will be in the new crossover. If it was a misleading rumor, CW’s Twitter would had already shot that down so there’s another reason why it sticks.

^ You literally said “Wonder Woman Confirmed For the Infinite Crisis Event!!!” in your opening post, but without providing a source.

Also, I don’t know what “legit sites” you’ve seen stating that Wonder Woman will be part of the crossover, because I can’t find anything whatsoever on that front and did a search.

So, once again, please provide a source for what you’re claiming since you’re saying that you didn’t get this from “trash sites” like Cosmic Book News and We Got This Covered.

To be fair, now you’re backpedaling. If you’re going to claim that I said something I didn’t say, at least be consistent. Now, who is the one looking foolish? Let me stick to original accusation before moving onto your next, let me repeat that I never said Jessica Chobot was going to play Wonder Woman. Even the title has a question mark which is a direct indication to intentions.

There are over 50+ sites that have reported that Wonder Woman will appear i the event, I don’t think I need to lost a source. And I’m sure even if I listed a source, I can already tell that you’re going to try to tell me if the site is legit or not when I know that you probably haven’t heard of the reporting site. Next you would probably try to tell me that sites are piggybacking rumors which would be untrue since these sites are reporting at similar times. Some of the sites are big names, others are small independent ones.

Not only this Comic Book News’ title is misleading but if you actually read it, you’d realize the context had nothing to do with it. That has nothing to do with this thread but just another leak of how cinmatic versions of Superman and Wonder Woman coming to CW’s crossover event which we know to be true by different sites. I doubt very much if Cyborg or Aquaman will be in it but how can we say they won’t when we know nothing than what has been reported by reputable sites/writing establishments?

So I am not going to litter the thread by spamming links when you can just do a simple Google search yourself and apologize later. If you’re wondering how I know more about you than you on these types if sites, it’s because I am a trusted writer/curator on Steam. Of course, again, the fact that Wonder Woman is a major role in the comic series tells me that her appearance (however breif may be) is a logical one in CW anyway. In other words - even if it was just a rumor, there’s more sense for it than against it.

There is nothing to prove here, as we het closer to the crossover, more will be “officially” shown through clips and teasers.

Digifcwriter is write OP. Doing a quick search, no reputable sources have stated this as fact. The only ones I saw from a quick search were Cosmic Book, Epicstream, whatculture and MeTV.

Also your post, while asking who the community believes will play Wonder Woman, heavily suggests it is confirmed and that it will be Jessica Chobot or Lynda Carter.

I’m not saying this couldn’t happen and I’d love to see it, but as of now this is a huge rumor and far from a sure thing, especially WB’s stance on having the Trinity appear on TV.