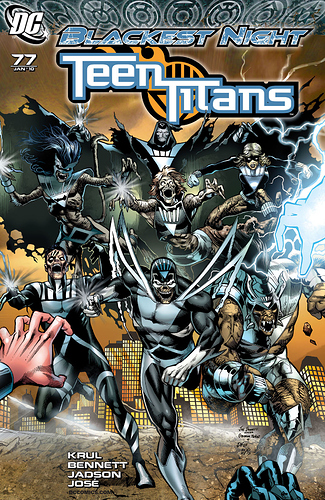 This was a weird week for me. The only reason I could follow the Deathstroke story is because of the Titans series on here. As for Secret Six, never heard of them, so had pretty much no idea what was happening.

That said, I did enjoy the Teen Titans issues. It was interesting to see Deathstroke going through the various emotions the Black Lanterns managed to pull out of him. Made his character more interesting than the traditional “bad guy” he’s portrayed as in other shows like Arrow or the animated Teen Titans.

As for surprising, Jericho takes that one, easily. Taking over a Black Lantern? Getting them to destroy themselves? Wow.

This week’s issues were interesting. I enjoyed the Teen Titans over Secret Six but only because I knew the characters. Secret Six has been on my list to read for a while, but I still have no idea who any of them are.

It was funny to see all these people come back to life and immediately try to kill Slade. For me, Slade has always been an interesting character. So to see him go through all the emotions and to fight for Jericho and Rose was nice.

For the surprise this week, Jericho figuring out how to stop the Black Lanterns was really cool and unexpected.

I especially enjoyed the Teen Titans issues. The entire Slade clan together in one place. Which reminds me, if you haven’t seen Deathstroke: Knights and Dragons you should. It gives a good look at the Slade family dynamics.
When Jerico found a way to defeat the Black Lanterns I wondered if Deadman could do this as well?
Once again, Waller proves she is the baddest of the badasses. She definitely rivals Batman in preparedness. No nonsense when it comes time to get the job done. But she’s always playing the long game as well. Everyone is a pawn to her, whether they know it or not.
Favorite panel: 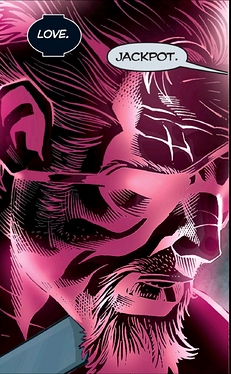 Waller proves she is the baddest of the badasses

Yea, the idea of Waller with a Manhunter is slightly terrifying.

In terms of favorites or series I like better…I’ve read some of Secret Six, and I think that is overall the better series (I mean, Gail Simone AND John Ostrander is guaranteed to be a winner no matter what), but in terms of the crossover Blackest Night event stuff, I think Teen Titans was better. Maybe it’s because I have more reading history with the stuff in the Slade family than I do with what I presume is Ostrander-era Suicide Squad.