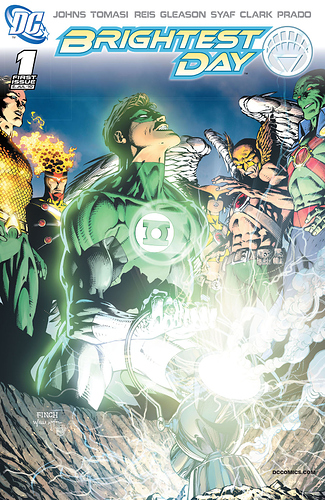 We’re reading through Brightest Day. The plan is to read 3 or 4 issues a week. Please avoid spoiling anything from issues beyond this week. If you missed last week, you can check it out here

Just want to ask real quick – is it just me, or does anyone else get a weird 90s CGI vibe from John and especially Kyle’s face in that GLC cover? 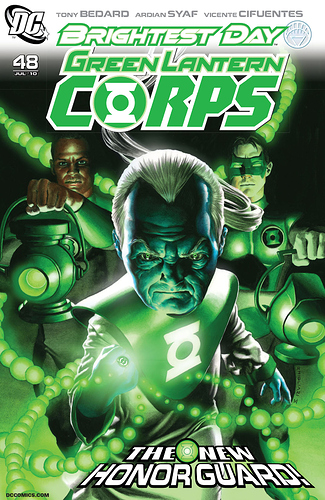 I enjoyed them all, but I think the GL issue was the best. The interaction between Hal, Carol, and Sinestro is good.

Larfleeze seeking out Lex was a bit unexpected. Also, curious to see how Guy’s story goes.

I like it. His battery was kinda dumb, but him making his own ring and battery was cool. Don’t want to spoil future content, but makes a certain other lantern’s feat even crazier.