Several years ago, I belonged to a DC Comics fan forum. We each created an avatar that was the successor of a DC Comics character.

Here’s my character’s story:
John Stevens was a student of mythology. He followed old stories and rumors around the globe. He became obsessed with the myth of the Phantom Stranger, a being that seemed to wander the Earth. This being seemed to be benevolent, but no one was sure. John heard rumors of a small temple in the Middle East that this enigmatic being was recently sighted near. Stevens traveled to this temple. He found a frail man in a cloak wearing a hat that shrouded his eyes. John found the Phantom Stranger, but he looked tired and weary. John reached out to the man when a blaze of fire erupted behind him. A demon appeared.
The creature spoke, “The time has come at last, your interference in my plans has passed. So remember my unearthly gaze, as my power sets you ablaze.”
The demon breathed a fireball towards the frail man. John couldn’t let the man be killed. So, he jumped in front of the flame and was blasted to the back of the temple. This gave the Phantom Stranger enough time to banish the demon back to it’s infernal home. The weary man took John in his arms.
“For your bravery and sacrifice, I cannot let you perish,” the Phantom Stranger spoke. "Take my amulet and be an Agent of Order on this world. My time here is done. "
With that, he disappeared leaving John healed and alone in the room. John took on the power that had been given to him and became the Stranger. He would help all that he could in the name of Order.

This is my original drawing for the character: 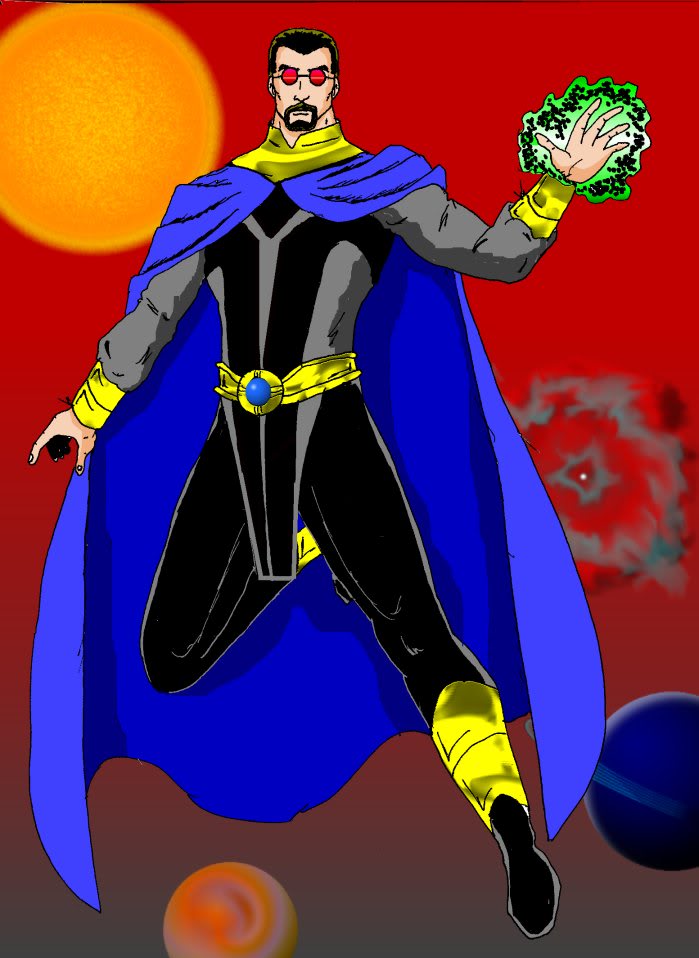 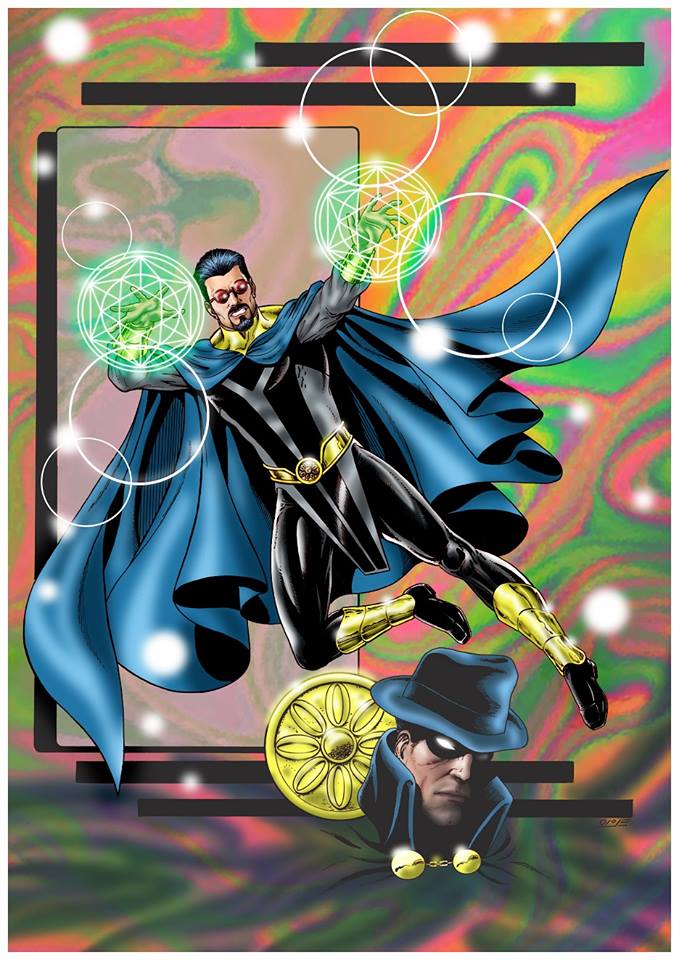