It’s time for the once-a-month Wednesday Evening [Legion Fan Club] Watch-Along, so come on down and join the fun! 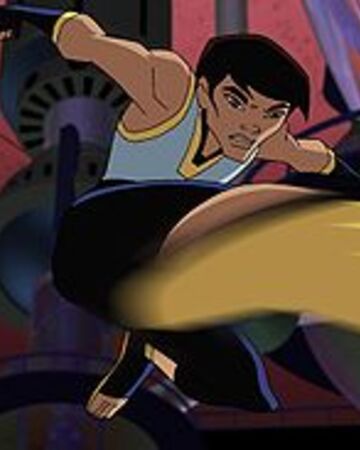 We’ll launch the recordings in perfect unison like a bunch of trained falcons at the appointed time!

A perpetual underdog, Karate Kid attempts to join the Legion despite their rule against having members without super powers. As the Legion hunts down Grimbor the Chainsman, Karate Kid believes he can be an asset, while the others worry he is only putting himself in harm’s way.

In order to infiltrate Imperiex’s ranks the Legion decide to have Chameleon Boy take the form of the villain Persuader. But in order to make the disguise complete they must also reprogram his mind so that he believes that he actually is the Persuader.

Hope to see you Wednesday night!

Save me a seat near the back-middle please!

I’ll try to be there.

You’re my ride! You gotta show up

Thanks @Jay_Kay , hope you can make it.

So glad you host these Don-El! Really look forward to them all month. This Legion show is not as appreciated as it should be.

For a moment I thought it was already Wednesday and I forgot to host this. Groundhog Day all over again.

I kept thinking today was Wednesday too

Go get all your uniforms dry-cleaned and be back by 5 p.m. Pacific so we can go over our lines one more time.

Just so you guys know, there is a little competition – apparently the TT: Judas Contract WAL is happening at the same time.

I’ll be there stops The Rembrandts before they start playing their Friends song, however my nose may occasionally be buried in a new comic from time to time.

Also, will snacks be served?

Yeah, I honestly didn’t see this in the Community Events when I posted this earlier this week. But we’ve been doing this for 10 months or so every first Wednesday of the month at 9 pm E, I don’t plan to move it.

Maybe I’ll hold a TT watchalong this weekend for any who miss it Wednesday.

Time bubble departs in about 4 hours

Wait, wake me up, am I dreaming? We’re pinned by some Galactic power!!!

Just got back in time! Super ready for these episodes

NOW it’s a party! Hey do you think I can talk Jim Lee into drawing the final Sunday Edition of “Jim the Superhero” if I ever get around to the preceding final 6 strips?