The once a month Wednesday [Legion Fan Club] Watch-Along

2 short episodes = a fun way to celebrate the halfway point of the week!!!

Join the Legion Fan Club as we celebrate an optimistic vision of the future! 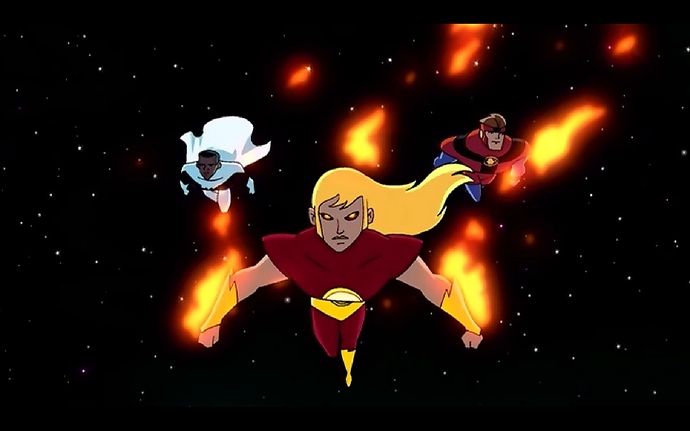 (note that they call Superboy “Superman” in this series because of some copyright issue in 2007 when this came out…maybe Smallville?)

Sundown - Part 1
S1:E12 — The Legion is put to the ultimate test when an ancient weapon known as a Sun Eater comes to life. Part one of a two-part episode.

Sundown - Part 2
S1:E13 — With the Sun Eater on a direct course for Earth’s sun, the Legion has no choice but to ask bitter enemies for help to stop it.

Don’t miss the fun, especially on the NEW COMMUNITY 2.0 PLATFORM: You never have to leave the Watch A Long Thread and come back in during a feature flic every again!!!

I’m in! I love this series and haven’t watched it in a while.

Not sure if I’ll make it for this one, but I wanted to address one thing from the post:

(note that they call Superboy “Superman” in this series because of some copyright issue in 2007 when this came out…maybe Smallville?)

As I recall, at that time, the estate of Jerry Siegel had won a case where while DC owns the rights to Superman, they didn’t have the rights to Superboy. It’s been surmised that part of the reason why Conner died in Infinite Crisis and Superboy Prime was referred to Superman Prime in Countdown.

But DC came to an agreement with the estate to use Superboy again – that’s where the “Special arrangement with the Joe Siegel family” comes from.

It’s in half an hour right?

Everyone I suggest save the two episodes to Favorites so it’s easy to find whatever device you’re going to use to stream from. We’re going to go from one episode right to the next.

I’ll be watching using Roku on my 56 inch TV while I tap merrily away on this 10in Android tablet.

Sweet, looks like I’ll be able to watch it. I don’t think I’ve seen any of this series before now, is this mostly episodic or am I going to be lost watching this?

Pretty episodic. Plus you’ve read the original material that this will be based on. Bring a hankee

This show is so good! You should be fine just jumping on, but I’d say you should watch previous episodes at some point

I probably will watch the previous episodes before the next one. 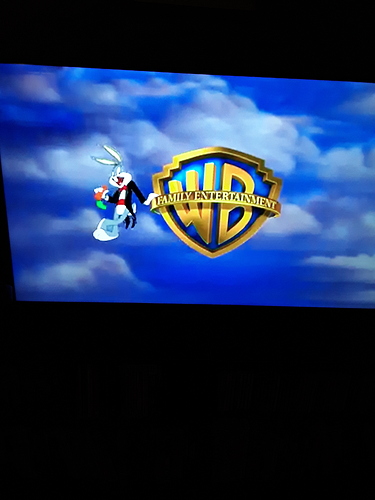 Hello! I’m all cued up at Bugs Bunny!

Let me put it to you this way – Ferro Lad has better odds in the dead pool.

Now that I think about it…that’s probably why we’re gonna need hankies, isn’t it?