[Legion Fan Club] and interested parties, this festive month we will continue to sample the new LEGION OF SUPER-HEROES 2019 along with stops at 3 or 4 other Legion eras from 1979 on. 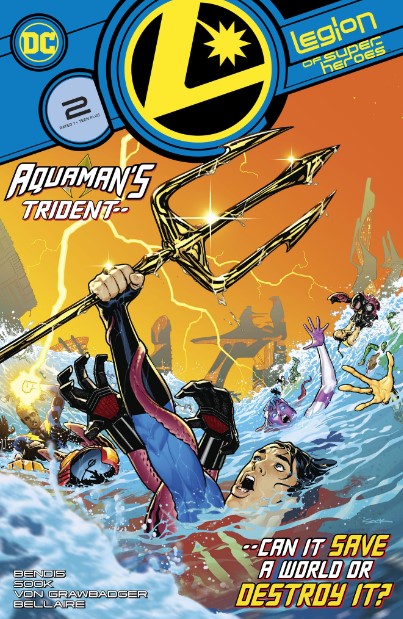 Era 1: Disembark here for Bronze Age Legion! DC Comics Presents #13 DC Universe Superman and the Legion of Super-Heroes fight with each other over an alien race! Paul Levitz, writer 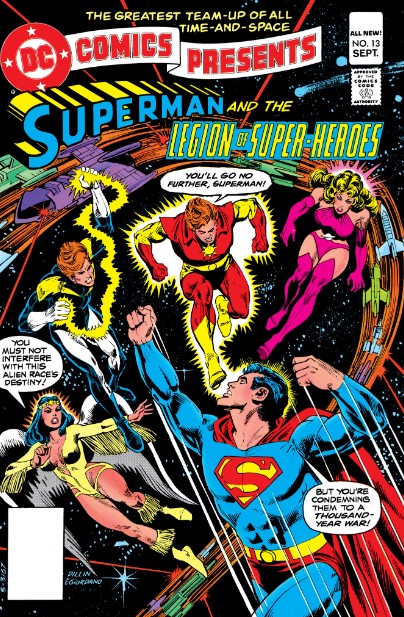 Era 2: Stop by here for the Dark / Copper Age featuring Keith Giffen the Grim as writer / artist! LEGION OF SUPER-HEROES (2019-) #3 DC Universe Newly released from prison by a corrupt Earthgov, Roxxas, the butcher of Trom, embarks upon his assignment: to kill the former Legionnaire Blok .

Era 3: Take a gander at the Modern Age / “Movie” Age of comics that we are still in : The Legion (2001-) #3 DC Universe This could very well be the most incredible Legion headquarters ever! And be sure to be sitting when you get to the shocking last page!

JUSTICE LEAGUE UNITED (2014-) #7 DC Universe “The Infinitus Saga” continues as the JLU battles the Legion of Super-Heroes over the fate of the innocent alien who may grow up to destroy the 31st century! 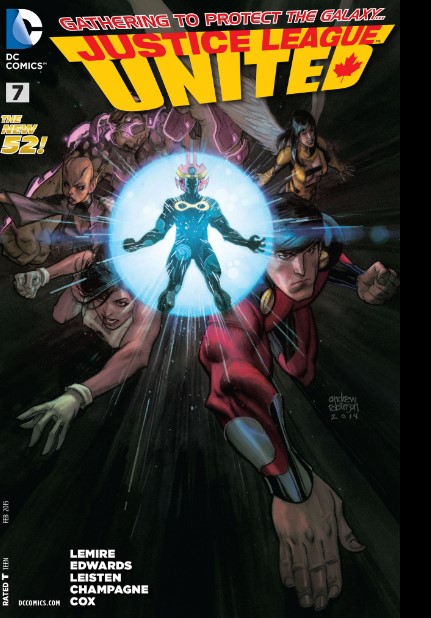 Era 4: The “12 months ago” post Doomsday Clock new Age of Legion Excellence: LEGION OF SUPER-HEROES (2019-) #2 DC Universe It’s been one thousand years since anyone has seen the oceans of the Earth, but with Aquaman’s original trident recently discovered, a chase to control Earth’s future tears across the galaxy

As always, please post your favorite panels / covers or quotes from these 4 eras of Legion!

Hey where did everybody go on Christmas Eve, lol?

Hey Don-El… I missed this since I typically use the app on my phone and communities doesn’t work in the app anymore.

Hopefully that changes with the new app.

Hope you had a great holiday and new years. I’ve been on weird binges without Legion lately. Just finished all the He-man books on here.

Thanks for checking in.

I’ve been wanting to read up on He-Man myself. I started the Multiverse one that’s in the new books.

Yeah I’m trying not to give up on this particular Club. I realize there are a lot of app issues right now for thousands of people.

Applejack provided this link and it is working great. Basically I created the home screen icon for this URL on my Samsung Android device.

Definitely don’t go anywhere. I’m hoping to give myself some more time to sit at the computer and be on the community boards more. I really enjoy the community aspect of DC Universe, it just has been severely crippled on the app.

That link works well, it is just not as convenient, especially when I have notifications for way too many clubs.

I got to the Paul Levitz issue. Weird issue. Pete Ross’s son being abducted is almost an after thought in this issue. I know it was probably trying to align to Superman’s story of being sent to another planet and become their greatest hero, but poorly done in my mind because we really don’t see him become that hero.

It also felt weird that the Legion, this time traveling Super-Hero team, is wary of messing with the past but then go ahead and interfere anyways to try and “help the past” seems odd.

I think maybe he was just trying to do too much for a one issue story.

Era 3 - I have liked Dan Abnett since I started following his career when he wrote Nova for Marvel. I only read his Legion after that, and I really liked his version of Legion. The Legion headquarters here is impressive, and I like how seamlessly he works in a huge cast of characters. And of course the last page reveal is a fantastic link to the modern day DC.

I just opened up Justice League United and realized I read all of these last time they appeared in our readings. You recommended them and man you were right on it. It is a fun ride. I really liked the interactions between the JLU and the Legion. Particularly the panel with Animal Man and Timber Wolf sniffing each other. 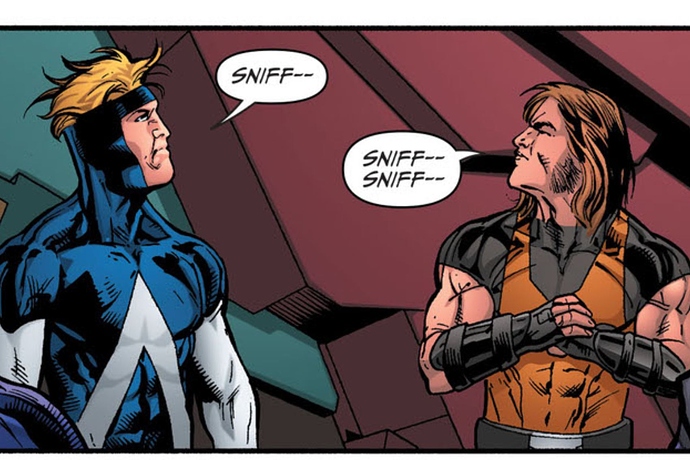 Era 2: I like a lot of Giffen’s art in the past and many of his cosmic storylines, but agreed the 5 Years Later art and story are at times hard to wade through. It’s one of the reasons I’ve waited about 2 years since starting up this club to include it lol.

Era 3: No question the Legion from 2000 is a slick-looking product with some very cool concepts like Legion World (the look of which is very very reminiscent of Isaac Asimov’s world Trantor in the Foundation Trilogy and other series he did).

As always no bad reads when the LSH is involved.
Era 1- I remember when this one came out, and how it reinforced you can’t change time, and the loss of Pete’s and Clark’s friendship, a well written story.
Era 2- The reformation of the LSH and look of the dystopian future, continues to engage me.
Era 3- Legion World enough said. The second tale, always enjoy a good crossover, which this was and i liked the members of the JL and LSH used here together, not the normal combination one expects.
Era 4- The Legion rebirth continues and Ra’s A Ghul is the baddie, who saw that coming.

Thanks for reading with us this time around @RexRebel .

Yeah I agree the Justice League United / Legion story from six years ago really is fun! The artwork is really good, the team of heroes for the United Justice League was fantastic back then, and I’m a big fan of Jeff Lemire.