Welcome to this week’s Legion Excellence Entertainment Offering. We get to participate in one of those singular historic moments in DC Comics when continuity was relaunched company-wide AND once again the decision was made to run two Legion series at the same time about the same Legion, just like they did around 10 years prior in the mid ‘80s. 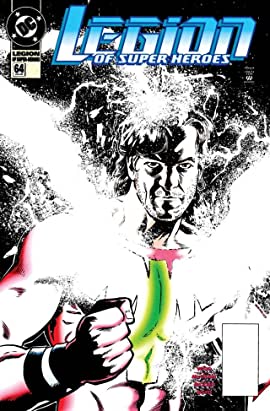 LEGIONNAIRES (1993-) #0 LEGIONNAIRES Zero The fledgling Legion of Super-Heroes gets in way over its head during its first official mission, investigating the attempted assassination of its mentor, R.J. Brande. Even the Legionnaires cannot prevent a second murder attempt—not without the help of some mysterious new recruits.

LEGION OF SUPER-HEROES (1989-) #0 LoSH 89 Zero With the timestream restored, it’s back to the future for the incredible origin of the 30th century’s greatest heroes. As the free worlds of the galaxy take their first tentative steps toward unity, multibillionaire R.J. Brande looks for a way to repay the universe for his lifetime of prosperity.

LEGION OF SUPER-HEROES (1989-) #62 LoSH '89 #62 Following the devastating events of ZERO HOUR, the 30th century begins its recalibration into the timestream…and the Legion of Super-Heroes is reborn !

LEGIONNAIRES (1993-) #19 LEGIONNAIRES 19 The Legion’s difficulties escalate when conflicts between the government and R.J. Brande intensify, problems arise related to the team’s newest member, and trouble falls from the sky.

LEGION OF SUPER-HEROES (1989-) #63 LoSH '89 #63 The Legion is caught in the crossfire when the sole survivor of an alien race comes to Earth to exact revenge from an ally of the United Planets.

LEGIONNAIRES (1993-) #20 LEGIONNAIRES 20 Some Legionnaires have second thoughts about the team after being forced into an all-out battle on the moon to save the life of R.J. Brande’s greatest rival.

LEGION OF SUPER-HEROES (1989-) #64 LoSH '89 #64 Live Wire fears that his powers are out of control and it may only be a matter of time before they erupt with lethal consequences. Plus, more is revealed about the mysterious rival super-team. 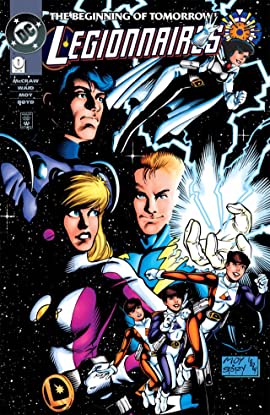 Next week, the prestigious Week 52 for the [Legion Fan Club] we hope to get to, shall be a surprise to all!

Binged these this afternoon while my daughter napped.

I think these dual story lines work a little bit better, but I’m still not a fan of this type dual series but one story line. It has been done better in the past week’s readings were different aspects of a story, or character interactions were the driving force of each series while telling an overall cohesive narrative. Here it seems like you couldn’t collect just one series, you had to read both of them.

I really like XS, but I think that is because I know her from way back when I read Flash and Impulse. I’m not sure if I have read enough of this yet to pick up on different takes of characters - although the tension and anger between Live Wire (ugh) and Spark (ugh) was a surprise. I expected more chumly brother-sister relationship over antagonistic and grating brother-sister relationship.

Honestly, I think they handled this reboot well without just cancelling and restarting the series. They were different, but not extremely different if I’m not obviously seeing it. I do always love the different takes on Briany. Seems he is an easy one for people to dream up new takes on.

A mix of good concepts that held up for several years and some not so great ideas for sure. I found the mashup of the Legionnaires characters with the Legion characters fairly on target, with some new concept characters like XS working well.

I also am glad that the names “Live Wire” and “Spark” didn’t stick.

It is very interesting to see so many different iterations of this team. Have other characters and Teams been rebooted as much as Legion?

With so many team books it is a revolving cast of members, or with characters it is evolution with respect for times, and here is like someone blows a whistle and starts over with the same characters and place, but different personalities or twists on origins.

Which feels unique because they are not explicitly saying each version is a different timeline or hypertime or whatever.