Thanks for the report, @ana.s.45! I’d be happy to take a look at this issue. If it’s one we don’t currently have available, I’d be happy to pass it along as a suggestion for future content.

Thank you as well, @Tommybrownell.98772! As @50710 pointed out, we do currently have options for sorting by date, as well as a number of other options. That said, I’d love to let our team know that you’d like to see more sorting options available.

So the sorting by oldest doesn’t seem to work (and there’s no way to sort individual issues across titles that I can see, just within a given title).

What I’d like to see is sorting by published date across the collection. The sort page I was linked to puts titles in order they were first published, but if I wanted to, say, read everything that came out in March of 1986, I still have to bounce between multiple pages and hunt up the comics, rather than filtering by March of 1986 publication date and just having everything in the archives from that date to choose from.

The site doesn’t appear to have a date filter and the app only filters by title and not individual issue, it looks like.

I’m just a bigger fan of chronological reads over binging a given title and moving onto the next is all.

I’d like to suggest a storyline collection page for Grant Morrison’s “Seven Soldiers” series, in the intended reading order. This series has one of the more confusing intended reading orders of any series that I’ve come across, and it would be totally obtuse to anyone just coming across the series cold for the first time, particularly as it’s presented here on DCU as 8 individual series. I had to Google around to find the correct reading order, and this appears to be it, based on the table of contents for the most recently published omnibus edition:

Thanks for sharing this, I’ll pass it up to the rest of the team for further review.

Teen Titans, vol. 1, issue 52, Guardian and Bumblebee are colored as if they are Caucasian, when they are, in fact, African Americans. This was not in the original comics, so it happened in the transfer to digital.

I love, love, LOVE that the Triangle Era of Superman has been added to the Storylines section.

However, there are a few bugaboos:

Action Comics (1938-2011) Annual #3 was released in 1991, so it falls within the overall time period of the Triangle Era, but it is not yet available in digital form, so its listing should be removed until that issue does see the digital light of day.

This next item isn’t a mistake to be corrected, rather a suggestion:

The description of Superman: The Triangle Era volume 3 currently reads as:

The Triangle Era continued for another year and change after Lex’s win. In the interest of accuracy, I suggest the following description for volume 3 (after the remaining books noted above have been added to the collection):

Once more, my thanks go to the folks responsible for organizing these Triangle Era collections, so thank you very much.

With some more work on volume 3 (and the removals of Superman Annual #2 and Action Comics Annual #3 as well), these collections will be perfect!

Thank you, and have a pleasant tomorrow.

Thank you for sharing the bugaboos you found, @gatebuildr.11534 and @Vroom!

Passing those on now!

We seem to be missing issues #13-16, which have been digitized: 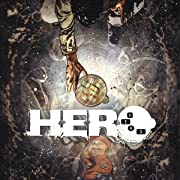 Gotham City native Tony Finch has another dream: to be the greatest super-villain of all time! He’s made his plans. He’s done his homework. And now, thanks to the device, he has the power. The question is: What’s he going to do with it in a city...

missing issues #13-16, which have been digitized:

Hiya @wilkinswontkins! I’ve passed your report up to the rest of the team for further review. Thanks so much!

I’ve been reading Ostrander’s run on Suicide Squad (1987) and have run into a few problems with the ordering of the issues that hurt the flow of the overall narrative.

Also Suicide Squad Annual #1 is placed between issues 12 and 13, but the story has Shade the Changing Man as a member of the squad even though he doesn’t join until issue 16, so moving the annual after that issue would certainly help the flow of a read thru.

Lastly, as issue 13 is the continuation of a two part story that starts in Justice League International #13 it would be helpful to have that comic come up so that we can get the whole story. The same is true for the Checkmate issues of The Janus Directive story arc. I understand why you don’t do this since they are from other ongoing series, but it would be nice

All caught up on the latest submissions - thank you, @wilkinswontkins and @MTaylorShortt!

I’ll send these up for further review, thanks for the report!!